Behold, the answer to your blue Monday, the Gyeondyo-bar!!

This new ice cream is loaded with Japanese raisin tree fruit juice, which has been used as a hangover cure in Asia for hundreds of years; and studies show it reduces hangover symptoms in rats. I suppose rodents have the right to party too, but no species deserves to endure the evils of the infamous hangover.

Reuters says the bar’s name translates to “hang in there,” which can only add to its ability to ward off the bad feels of a big night.

“[The name] expresses the hardships of employees who have to suffer a working day after heavy drinking, as well as to provide comfort to those who have to come to work early after frequent nights of drinking.” 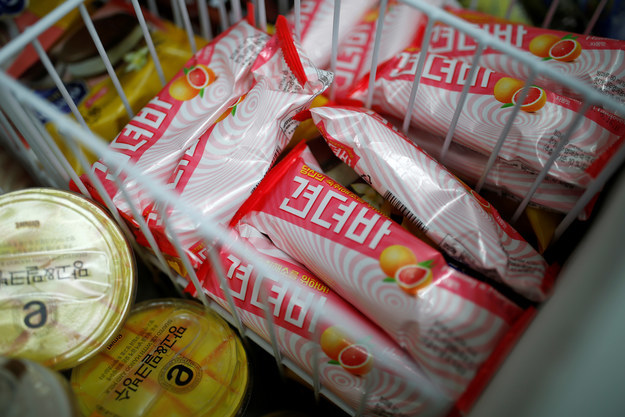 The Gyeondyo-bar is currently being sold by a chain of convenience stores in South Korea, and is only one product in a sea of hangover cures supporting the country’s habit of consuming the most alcohol in all of Asia.

Check out more info in the video below:

Deadmau5 Is SERIOUSLY Pissed At Soundcloud

Deadmau5 Is SERIOUSLY Pissed At Soundcloud