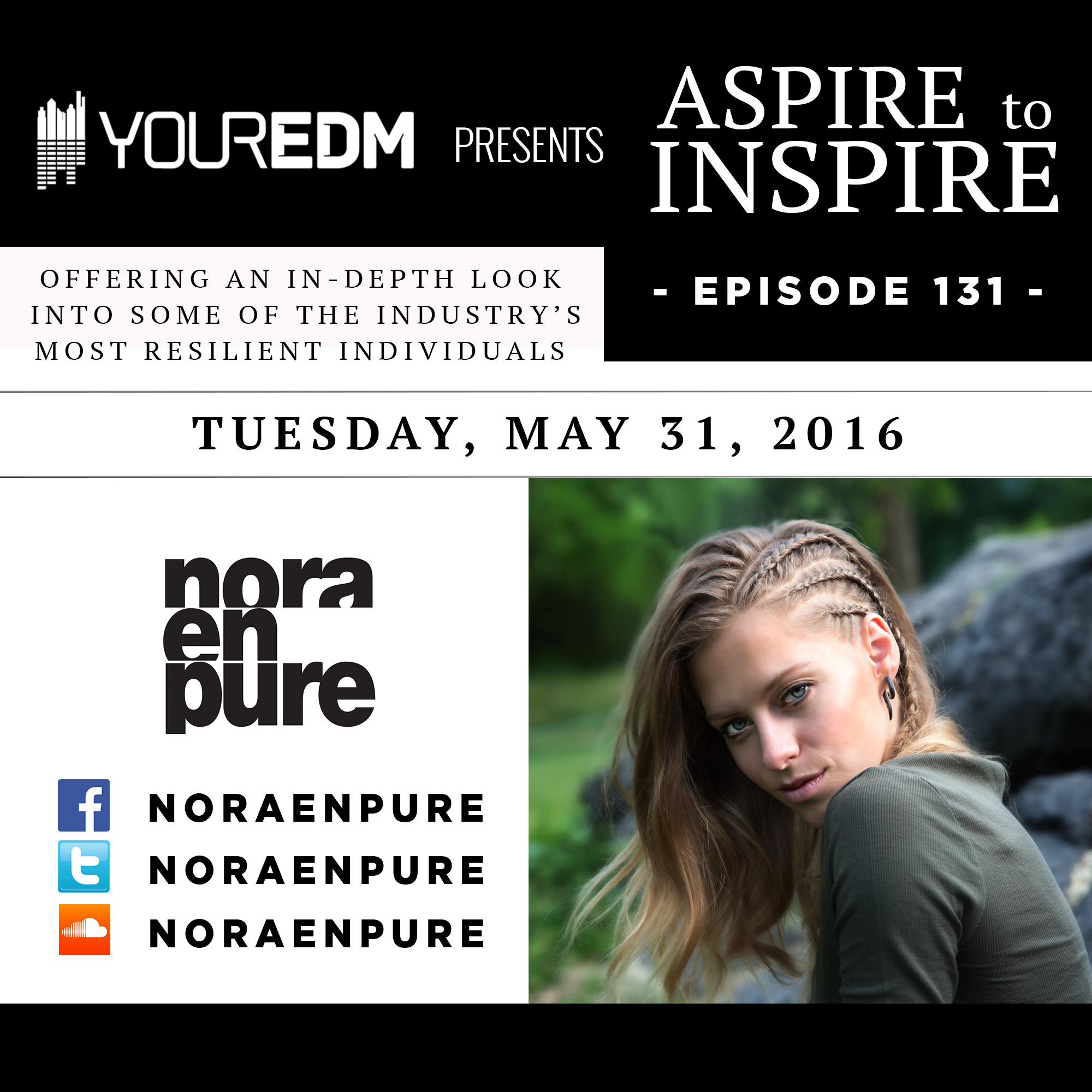 It is only natural that as people develop and change over the years, their dreams do too. For Daniela Niederer, the artist known as Nora En Pure, this was exactly the case. The South African born artist grew up with an affinity for animals, and had the aspirations to one day work with them. But with age, she soon uncovered the beauty of music, and became entranced by Rock and Pop-inspired tracks. Although wildlife was still important to her, Daniela’s newfound dream was to touch people through music.

Her interest in music gradually cultivated and led her to the electronic genre. This new discovery not only unveiled her passion to-be, but also introduced her to the art of DJing. Although she was still in school at the time, Daniela knew that upon the completion of her bachelor’s degree, she would follow her instincts and pursue music. Her style slowly took shape and was largely influenced by her homeland, and the African Wilderness. She wanted her music to have a primitive and natural feeling, which would connect with people on a deeper level. Rapidly, Daniela’s music gained popularity, and before she knew it, she was touring the globe.

With success comes hardships, however. In the midst of a proliferating career, Daniela struggled to adapt to life on the road. She missed her family and friends, and realized how fast life can move when you are not there. Her constant touring meant she had to miss important life events and even things she took for granted, like regular get-togethers with friends. When home, she also found it tiring to race around town and visit everyone – she would rather relax at home and take a breather from her hectic travels. Although these changes had been hard for her, Daniela has maintained the drive to make the necessary adjustments, and showcase her music to the world.

This music she plans to unveil to the world is organic and flows naturally. It is a sound that has been well received from fans and explains her sudden spike in popularity. She does not believe in having a set “plan” for her career path, and rather relies on her natural intuition to guide her in the right direction. This is the fundamental reason she believes she is different from others – her actions and music are pure (no pun intended), uncut and natural. Her goal is for her music to affect others in a positive way, and so far it has. One of the best parts of her job is when she receives messages from fans, explaining that her music has helped them through difficult times or that it made them a better person. For Daniela, that is the end goal for every track she produces, and these messages only inspire her to create more.

While this natural approach has been the key to her success, it has also made it hard for her to stay within one particular genre. The constant exploration of new electronic music held her back from shaping a signature sound. She realized that while it is important to follow your musical instincts, it is equally important to maintain continuity. Fans begin to recognize artists based on their particular sound and expect to hear certain tracks at shows. For Daniela, it is an ongoing battle to balance what people expect from her versus her natural instinct. She’ll find herself wanting to play deeper, darker, and techno-heavy music during live sets, but feels apprehensive at times since the crowd expects to hear her signature sound. Through this struggle, she has learned to balance both and walks a fine line to suffice both her fans and herself. This struggle helped Daniela develop as an artist by pushing her out of her comfort zone, and showed fans another side to her musical talent.

Throughout her journey so far, Daniela has continually followed her instinct. This powerful and organic feeling pushed her to follow her dreams and mesh her two passions of music and nature together. Although her natural instincts made it difficult for her to follow people’s expectations, she was able to make the necessary adjustments and grow through the experience. Always follow your gut instinct, but remember that compromise will be needed at times.