INK Entertainment Finally Puts Us Out Of Our Misery, Announces Full VELD Lineup

I might be the only person who hates this, I’m probably not, but the notion of having to wait for a promoter to reveal a festival lineup artist by artists absolutely kills me. The least they can do is announce great artists which, thankfully, is exactly what INK Entertainment did when they finally rounded out a long-awaited VELD 2016 lineup earlier this week.

Having announced eight huge headliners several weeks ago including The Chainsmokers, Flume, Martin Garrix and hometown favourites DVBBS and Deadmau5 already, there probably wasn’t all that much excitement that INK could have generated when they unveiled the rest of their lineup. That said, the five new artists added to the roster do give the lineup some nice variety.

Dzeko & Torres, Gryffin, EPHWURD, Lane 8, and SG Lewis round out the full lineup and cover a fair few different sounds and styles across the EDM subgenre. From indie dance to deep house to big room to two bass guys the lineup does look a lot more diverse now with these new additions.

VELD will take place on the weekend of July 30th & 31st at Downsview Park just a short subway ride away from bustling downtown Toronto. For the full lineup below consult the poster below and visit the official site here to pick up tickets. 2-day GA passes are currently $159.50 (about $120 US) and VIP passes will cost $229.50 ($175) before fees. 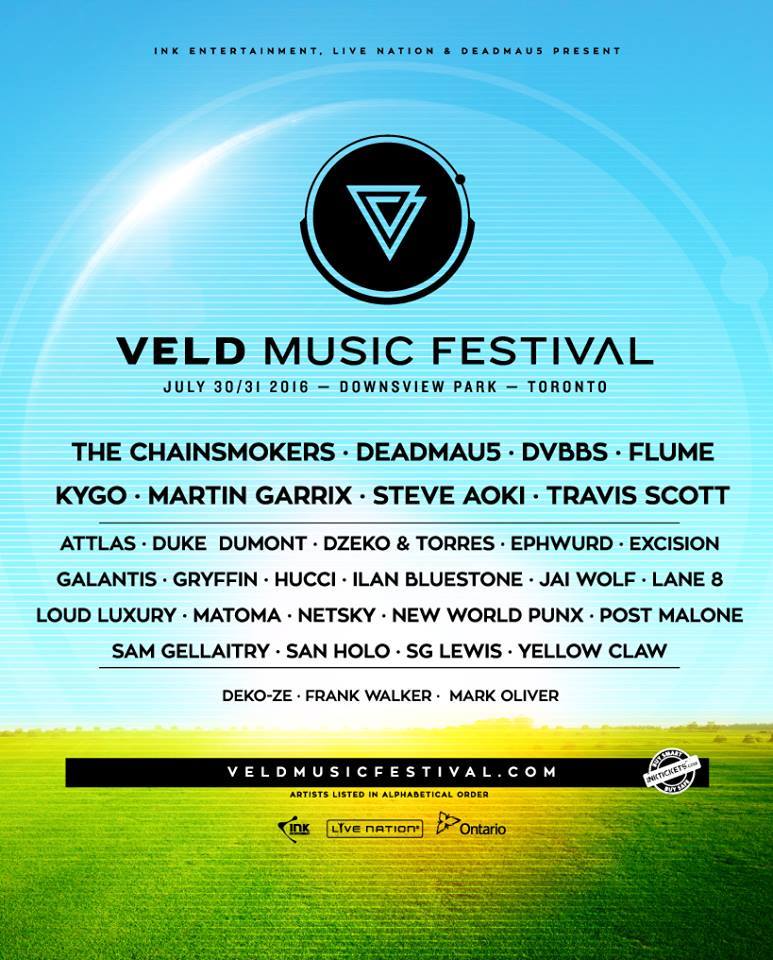