Your EDM Interview With Pomo, Ahead Of What The Festival

Processed with VSCOcam with f1 preset

Next weekend What The Festival will be taking over the Wolf Run Ranch to bring us three music-filled days brimming with the some of the best talent out there. With headliners like Bonobo, Lettuce and FKJ, this year’s lineup takes the cake as one of the funkiest lineups I’ve seen this festival season.

Notorious for deriving inspiration from ’70s and ’80s funk music, Pomo seamlessly fits into the groovy style of What The Festival. 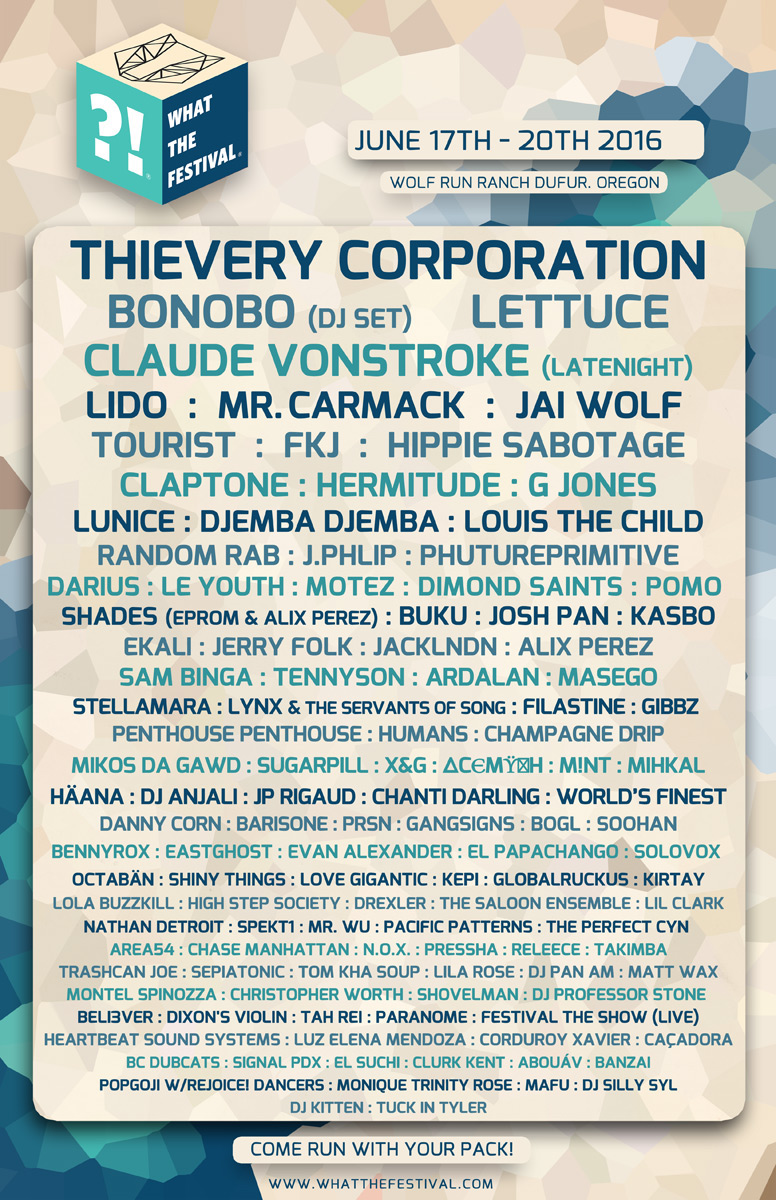 Known for his synthy jazzy beats, the Canadian-native exploded into the EDM world back in 2013 on HW&W Recordings. Pomo currently continues to rapidly take the scene by storm through his extensive tours; and with support from big-name artists like Disclosure, Kaytranada & STWO, this international DJ shows no signs of slowing down.

Despite his increasingly busy schedule, Your EDM was able to catch up with Pomo to discuss his music career thus far and what to expect for his upcoming set at What The Fest!

Check out the interview below!

You’re about to be on about a three month long North America tour, starting at the beginning of June, with Anderson .Paak. How are you feeling going into it?

P: I’m feeling excited, I feel like there is gonna’ be a great energy at the shows. And I think it will be a new audience for me as well for the most part.

I noticed that the only date you’re not going to be playing with him is for your What The Festival appearance! What is the reasoning behind that?

P: Haha I’m not sure to be honest, I think the festival was booked before I was on the tour.

Some artists claim that playing in the states is quite a different experience than playing in other countries. As a traveling international artist, do you find this to be true? Do you have a favorite location?

P: Yeah I think it really depends on the state and venue and all that. Overall it’s different than Europe but I wouldn’t say it’s worse, they both have pros and cons… I’d say it balances out. My favorite place to play is probably Paris, I actually played there before I ever played in the US. They always have a great crowd there.

You have a pretty extensive background in music; prior to your electronic productions, you played in bands. What peaked your interest about the EDM scene and it’s music?

P: It was a combination of loving the electronic stuff that Radiohead did with Kid A and getting into more abstract electronic music, and also hearing Daft Punk and Justice. I was really drawn to the sounds they used, and I would try to recreate those sounds when I first started making electronic music.

You decided to move to Montreal back in 2013. What was your reasoning behind that choice?

P: I moved there with the band I was in at the time, It was a fairly hard decision to decide between Toronto and Montreal. But we knew we wanted to leave Vancouver and try music in a new City.

Obviously focusing on producing and badgering Kaytranada with your mixes paid off! You’ve had a pretty dramatic yet consistent presence in the EDM world ever since Kaytranada threw one of your tracks on his mix. Where and when did you finally meet him in the flesh?

P: Well to start I wasn’t “badgering” him with my remixes, I sent a couple tracks to him to ask his opinion. He put “So Fine” in one of his DJ mixes so it caught on, and before all that I had already met him months ago at a club in Montreal. Back when he was “Kaytradamus.” But yeah it really helped get my music out there and it’s been exciting ever since!

It seems like HW&W Recordings is a perfect match for your style of sound. How was the transition to becoming part of a label? How is it working with the rest of the artists?

P: It was a great label to transition into from being independent because they are really open to all types of music so I never felt that my work had to change really. I just kept doing what I was doing and they helped out with everything. It’s great working with the artists on the label, we’ve all become good friends over the past couple years.

You seem to be very keen on collaborating with other musicians, especially singers. Why is that? Do you believe this is due to your roots of playing in bands?

P: Yeah it’s partly due to playing in bands, I love collaborating. I love bouncing ideas off other people, it just really keeps me motivated. It’s great to collaborate with singers because when they add their voice to the instrumental, it gives the track so much life it’s amazing. A great singer can take a very minimal beat, fill it up, compliment it and turn it into something amazing. It’s refreshing to write for singers and think about leaving space for their vocals.

I read that you would love to incorporate live instruments into your sets. Do you mean personally or do you mean bring a band with you?

P: I try to do both, a band when I can, but solo live set as well. I’m working on different ideas for live instrument sets, but I mostly use a keyboard and drum pad of some type.

Can we expect to see this become a reality in the near future?

Are there any other goals you’d like to accomplish in your musical career?

P: Yeah I definitely have more goals – This year I want to release an album (or at least finish it). I want to tour with a band. And I wanna record live videos of performances with the band. I just get so much out of playing with other people, and I feel like live music has this energy that you can’t get with DJ sets or very pre-programmed sets. I really want to make that a priority this year and get that out there. It’s hard to balance that as well as writing an album and touring but it’s coming along nicely.

I’ve heard you’re creating a lot of new music and possibly have an album coming out this year. What can we expect?

P: I’ve been writing as many tracks as I can and recording with as many artists as I can, then I plan on narrowing it down to the best tracks. And refining those tracks into being the best they can be. I want the album to still sound like me but I also plan on developing my sound and moving it forward.

Will we be lucky enough to hear you debut some of your new beats at What The Festival?

Yes, I will be playing some new remixes and possibly other unreleased stuff!

Check out the What The Festival homepage HERE for more information.

Come run with your pack: BUY YOUR TICKETS HERE!