Electric Zoo Unveils The Lineups For Its Curated Stages

by Andrew
in Events, Lineup, Worth Sharing

Electric Zoo is just less than 3 months away and things are just getting riled up. Boasting one of the best lineups in years after defeating the tragic curse of 3rd day cancellations, EZOO is here for good. Your favorite artists, New York City, Labor day weekend, Beautiful Randall’s Island, 30+ NYC food vendors & much more! What could possibly go wrong (rain, rain go away come back another day)?

As the days draw closer to Labor Day Weekend and your plans for how to conquer the wild island advance just make sure to add one thing to the list, which stages will you be attending?

Last year, Above & Beyond closed out day 2 molding memories into multiple NYC festival-goers. This year, Above & Beyond will unfortunately not be attending, but they will curate a stage through their deep house imprint Anjunadeep. Featuring 3 live acts and a total of 8 different artists, the Anjunadeep stage will be sure to bring back some of that nostalgia from Above & Beyond’s amazing set last year.

Curating stages is Steve Aoki’s forte. After having his Dim Mak stage at some of the world’s biggest festivals like Tomorrowland, Electric Daisy Carnival, Electric Forest & Beyond Wonderland, he’s finally touched back down in New York City. Steve Aoki’s label, Dim Mak, in his words his “baby,” has been around for 20 years – a feat not many DJs are able to claim. Whether you love him or hate him, there’s one thing for sure, he truly brings out the energy in people. It’s going to be a party for sure, just make sure you share the cake with some of your buddies.

There’s one thing we Americans have to agree on, we just love European imports. Everything from food, wine, culture, cars and now to clubs. The iconic Barcelona club, Elrow, rated the 11th best club in history by none other than Billboard, will be making its debut Electric Zoo appearance on the 2nd day. Known for its tribal-animalistic party atmosphere reminiscent of the Amazon jungle on top of an already wild island, this is something every animal attending Electric Zoo cannot miss out on.

Drawing top talent from around the nation, not only from the EDM scene, the Buygore Stage is perfect for the truely wild ones. Anyone looking to do a little genre meshing by jumping to hip-hop and getting down to dubstep must attend, dare I say, this “ratchet” stage.

If it’s not already evident, I’ll break it to you… the east coast has much love for techno. Whether it’s your first festival or you deem yourself a veteran of the scene, one simply can’t miss out on Ibiza’s famed techno party, ANTS, making its debut appearance in the USA. Closing out the stage will be legendary Tech-House DJ, Joris Voorn, bound to draw multiple fans from every corner of the island. 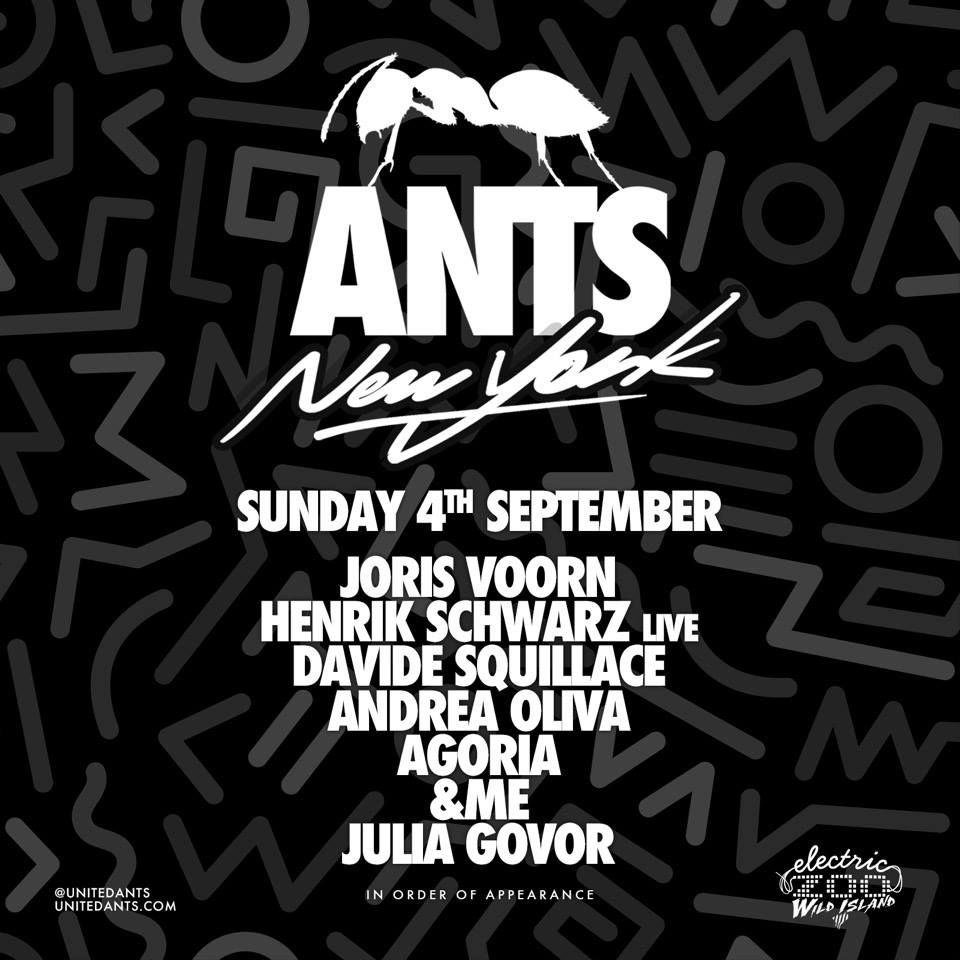 Check out Electric Zoo’s absolutely stacked lineup (plus many more to be announced) below featuring Bassnectar, Tiësto & Hardwell. Be sure to get your tickets at electriczoofestival.com, you don’t want to miss out on one the east coast’s biggest festivals yet!