Opinion: Why The Pulse Nightclub Tragedy Affects The Entirety Of EDM

This is the sole opinion of the author and does not reflect that of Your EDM.

Hollow. This seems to be the only way that I can describe the feeling of waking up to another string of headlines regarding a mass shooting in our country. At the time of writing, there have been 50 reported deaths and another 53 injured with numbers on both accounts likely to rise. My internal driving force is telling me to punch a hole in a wall, scream in the face of someone whose online comments border on the sickening, or bury myself in distracting videos and other social media nonsense until the media flurry blows over and I can return to a computer without seeing articles or discussions that compromise my senses of stability and strength. None of these things, however, will help to further the maturation of this country as a whole nor cure me of the nauseating despair that I’m experiencing. As I’ve said before, time is needed.

The effects that these attacks have on me, personally, have become more and more intimate and real as they occur. The news tidbits and water cooler conversations used to feel distant. The shootings were startling, horrifying and devastating to an extent, but were never near enough to my own life path to make me feel as if I was anything more than a far-off onlooker. However, when attendees of nightlife venues and clubs began to be massacred in Paris and now Orlando, I saw myself in them. My feeling, then, transformed into something far more visceral and personal than I could have anticipated.

I say this not to place myself in the center of this national tragedy, understand that. I say it to attempt to convey why I’m feeling the way that I do and, in a way, use this platform as a way to find clarity and direction for my own fear and hurt. Whoever reads this will likely have opinions and values that differ from mine, and I in no manner wish to attack or belittle anyone’s point of view on such a terrible circumstance. Instead, I hope that hearing my own thought process and ideas on the matter might translate into a bit more understanding and reflection on your own ideas, be they in line with or opposed to my own.

This is why I’m hurting right now. 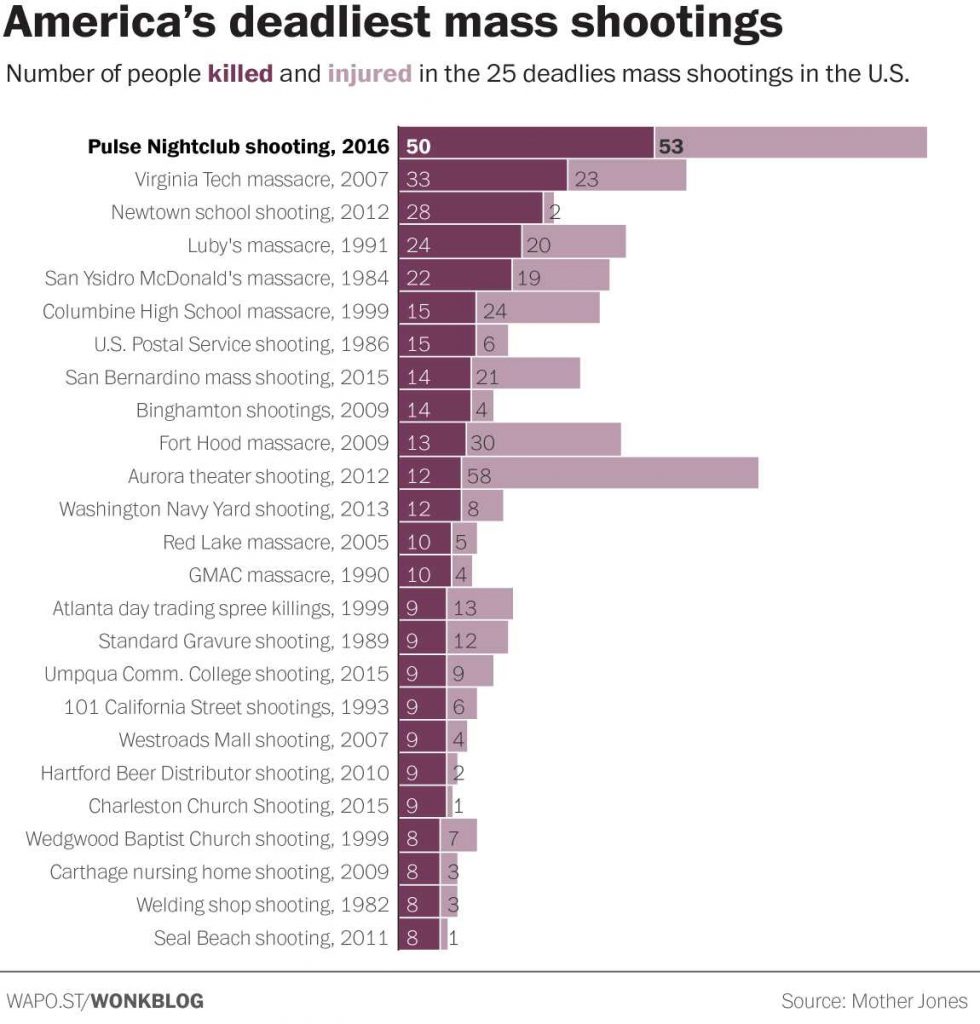 For decades, the LGBTQ community has stood as an essential pillar for the longevity and values behind the nightlife and dance music circuits. Clubs like Orlando’s Pulse have, for longer than I’ve been alive, existed as spaces to bring people together. Those who enter wear badges of acceptance and inclusion on their sleeves. They are places of leisure, of security, of revelry and of those that seek to represent and maintain the spirit, presence and basic civil rights of historically persecuted communities. The existence of clubs like Pulse has led, directly, to the kind of global movements that now characterize our modern EDM scene and its various offshoots. They are responsible for the proliferation and spread of communities that actively and seriously save the lives of individuals who would otherwise have nowhere to go. They have inspired hope, conjured strength and shown that love can exist in places and in people with a greater need than those on the outside can realize.

It is for these reasons that last night’s attack on one such site is so deeply significant to everyone involved in the dance music and LGBTQ sectors. To transform a nightclub such as Pulse, or a music venue such as Paris’ Bataclan, into hate-fueled killing floors is to undo the layers of safety and acceptance around them that men and women have, for decades, dedicated their lives to establish and maintain. It is not only a grizzly attack on the lives of innocents but an assault on the very values of equality and national brotherhood that our country pretends to still embody. As supporters of dance music culture, it is also an attack on our very foundation.

President Obama’s statement, made earlier this afternoon, was frightening in its indicative nature of how little we’ve progressed as a nation towards approaching the future of homegrown gun massacres. This was his 15th time addressing the country after innocent lives were taken by the hands of someone with access to high caliber, automatic weaponry. His face, tone of voice, pacing and body language suggested only one thing: defeat.

It isn’t enough, I believe, to cast fingers of blame, falsely reinforce one’s own preconceived ideas about religion, gun availability or violence, and move on. These things are not conducive to change or increased safety. It is echoed in the president’s speech: “We have to decide if that’s the country we want to be. To actively do nothing is a decision as well.”

For now, however, time is necessary. We should mourn, reflect before reacting, and learn the facts about the incident. From what I’ve seen this afternoon, the Internet and social media spaces seem to largely believe that setting away time for measured thought and clarity is a sign of weakness, cowardice or stupidity. I believe that the opposite is true. Allowing ourselves to fully experience our grief, our anger, our confusion and our fear is exactly what can point us in the right direction when the time comes to make decisions. If we aren’t deeply in touch with the true, personal impacts that such tragedies have on us, how can we act in a responsible and righteous manner?

We cannot use such horrors as opportunities to promote our own preconceived agendas. We should wait, we should feel, and then proceed to act in accordance with our basic humanity. As participants in the growth of the dance music culture and each of its foundational communities, I hope we can come together and carry each other through this very difficult moment.