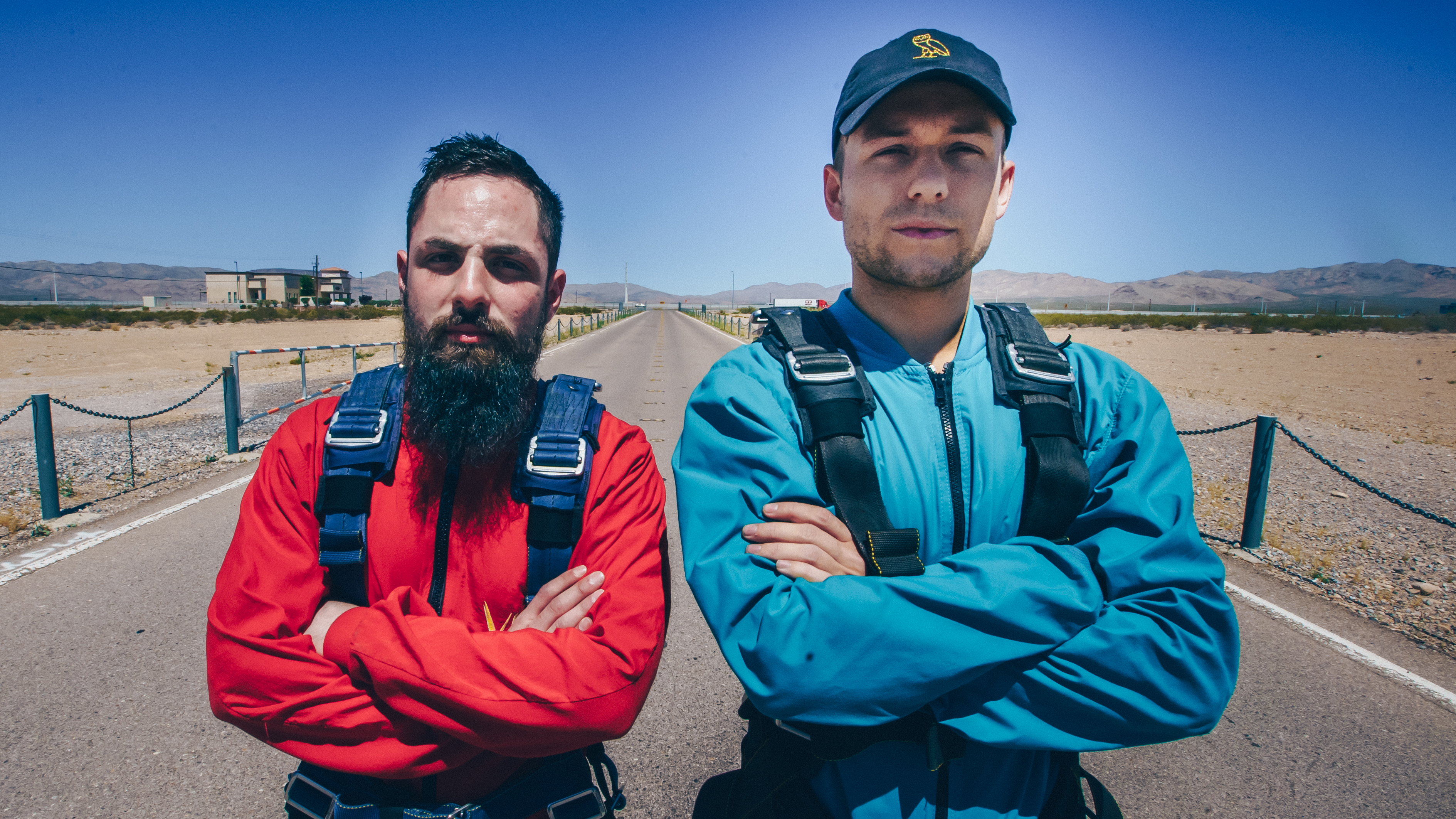 For many people, the concept of chasing dreams and doing what truly makes them happy can be a frightening one. It’s not always the safest choice and sometimes not the best. But, for Dylan Ragland, aka Party Favor, chasing the dream turned out to be one of the best choices he has ever made! His choice to follow and pursue his passion for music has led him to multiple national TV licenses (Mountain Dew, Silk Milk, T-Mobile), multiple chart-topping song releases (“Bap U,” “Booty Loose,” “Bust ‘Em”), and playing some of the biggest stages in the EDM market. This year, Party Favor did something a little different: a charity sky dive during EDC weekend in Las Vegas.  Here’s what the burgeoning star had to say about his weekend in Sin City.

So, tell us from the artist perspective how it felt to be playing at EDC?

“As an artist, EDC is definitely one of the best shows you can ever play. I’ve been lucky enough to play it now three times on three different stages. Insomniac’s attention to detail and the experience of the audience is definitely unmatched. I spent a good amount of time preparing my set for this one because I feel like the audience at these shows always want you at your best but I ended up going off the books a bit and winging it for most of the set (laughs). I can describe to you what seeing a crowd that size all jumping/dancing together feels like but I basically blacked out the whole set and I wasn’t even drinking (laughs).”

You did a charity event for Insomniac that allowed a fan to skydive with you. How was the event? Was this your first time sky diving? How cool was it to meet a fan that was willing to give back to the community to do something fun and exhilarating with his favorite artist?

“The skydiving was really really cool. I had never been before so it kind of forced me to commit to jumping out of a plane. If you’ve never been I highly suggest going. The rush/feeling is unlike anything I’ve ever done before. The guy who won (Chase) spent over $800 and it all went to charity. So thank you to Insomniac for that and big thanks to Chase for spending the money to make it happen and for wanting to spend the money to hang with me. That was really special.”

We have seen so many of your tracks featured on booth movies and national TV commercials, how does it feel to hear your music on such big platforms?

“Seeing your music in movies/commercials is insane. It never really hits me until I start thinking about how big the audience is that’s watching. I had two commercials playing during the NBA finals. Insane. On the flip side, I’m pretty sure everyone that has to listen to all those songs over and over now hates them (laughter).”

You are teasing an EP on socials recently. Can you give us any details on it?

“EP IS DONE!!! feels so good to say that. Been a long time coming that’s for sure. It will be out in August for sure. Got a track with Dillon Francis on the EP which I’m really stoked on as well as one with Sean Kingston. That’s all I can really tell you. But you will hear it soon enough!”

Any words of wisdom for up and coming artists?

“It can’t be said enough but set yourself apart from everyone else. It’s harder than ever nowadays to get yourself seen because of how saturated the scene is with up and coming guys/girls. You need to find a distinct sound that’s yours. That doesn’t mean you need to be so different you’re making tuba trap but, find something that makes people immediately associate you with a sound or style. Also always be humble. It goes farther than anything else in any field of business.”