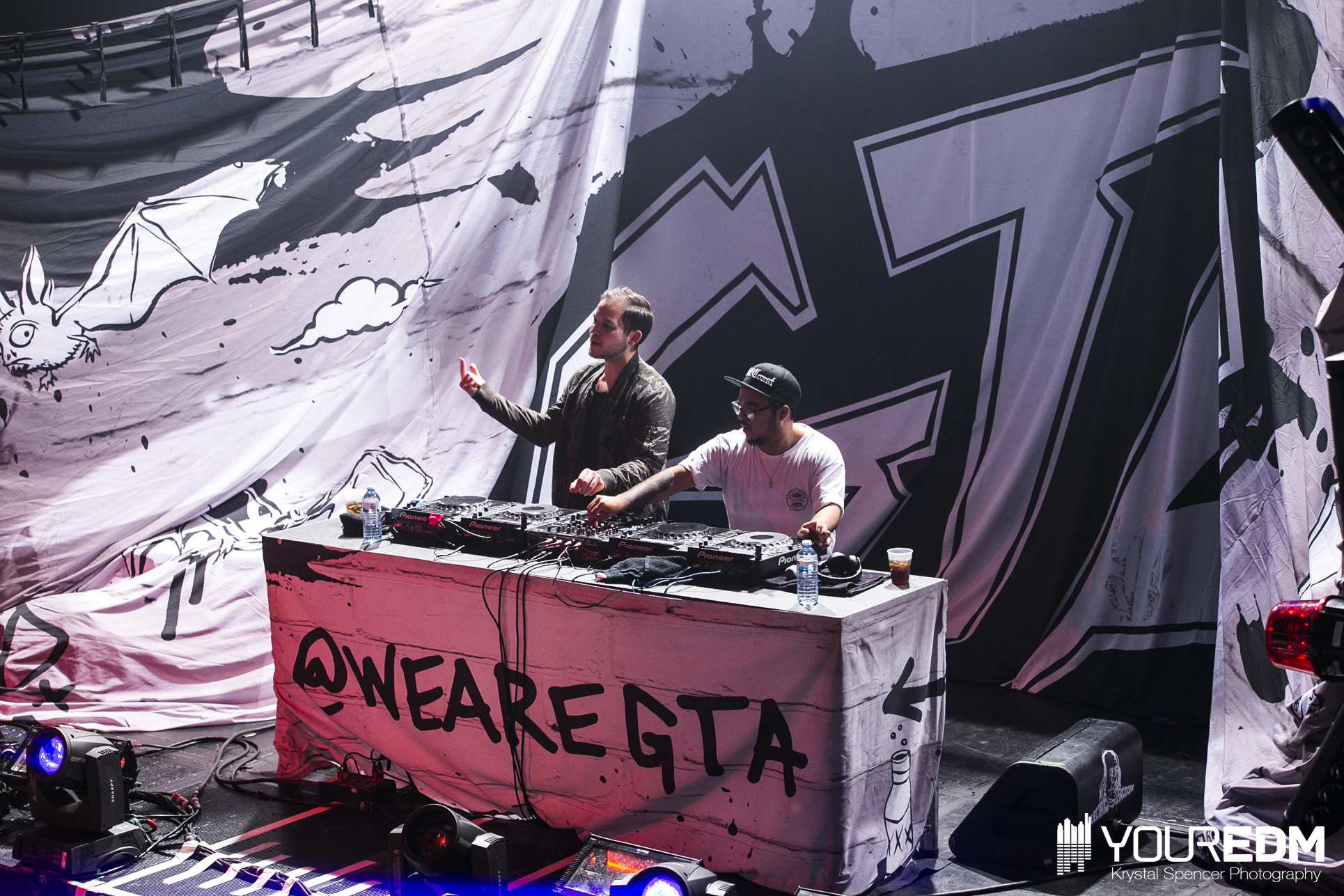 GTA Reveals First Song Off Of Debut Album, “Get It All” With Wax Motif

The Death To Genres duo, GTA, have released their first single from their long-awaited debut album. The single, ‘Get It All,’ is a collaboration between GTA and Wax Motif. Not only did they release the single, they decided that they would release an official music video for the track as well.

The video interweaves a couple’s frustration and eventual compromise, represented by the couple fighting in a boxing ring, followed by the couple making love by the end. The video also features cameos from all three of the artists alongside the love story. The story is stunningly set to the flawless vocals, catchy melody and unique synth created by the collaborators. The sound is definitely more pop-oriented, with a deep/future house flare to it. The track will surely blow up with lyrics that stick in your head and a melody that will have you movin’ on the dance floor. This track will quickly make its way around festivals and listeners of all genres. The release of this single makes it hard not to get excited for the album that is to come. Check out the video and the tune below: