The expansive stretch of grass on the surface of Chicago’s Union Park emitted a thick scent of mud and greenery on Saturday and Sunday mornings after the evenings before them had given the earth beneath a moment to breathe from the thousands of dancing and jumping music patrons that had tamped it down over the beginning of Labor Day Weekend. The bare shoulders, necks and arms of North Coast Music Festival’s buzzing attendees came as measures of defiance against the blistering sun that shot down onto the mostly shade-less pits in front of the two largest of the event’s six stages.

Herds of young people pushed and wove through the masses that remained in droves in front of the caravans of food vendors, many donning colorful plastic bracelets stacked up to the elbow and beaten up caps saturated with their collection of shining metal pins. The accessories acted as a roadmap for passersby, a winding glimpse toward the many other music events that had preceded their presence at this one. 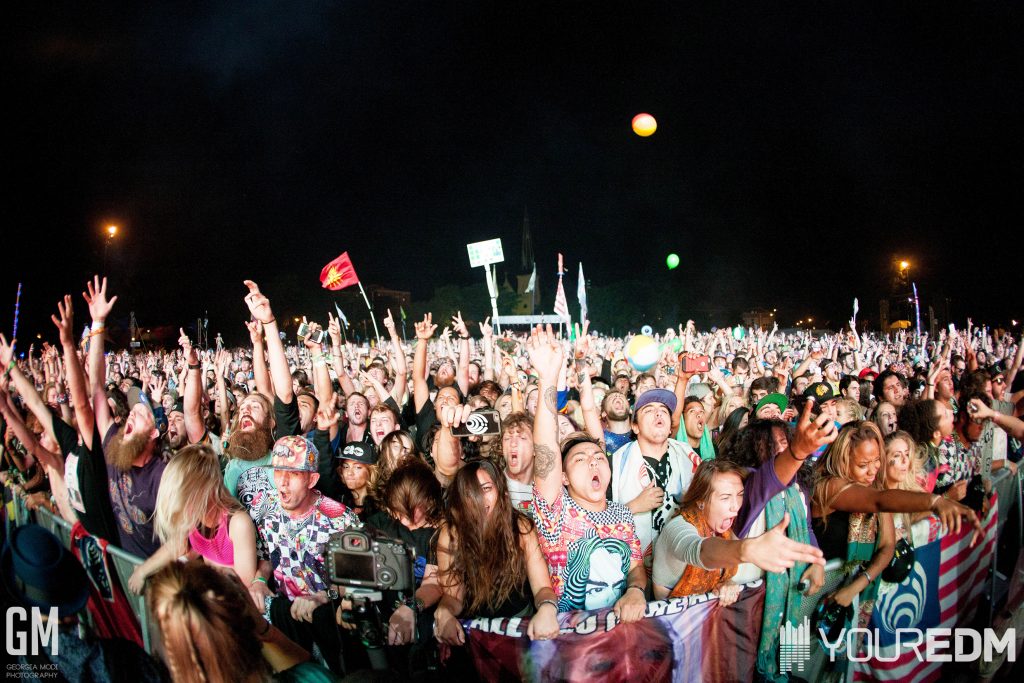 Heavy, rumbling bass frequencies from the main stages overlapped and combined to rattle the loose windows of cars that populated the nearly stationary blocks surrounding the park as they were hurried along by whistling police officers draped in vests of highlighter yellow and orange. Once inside the fences, past the layers of frantic security detail and ticketing personnel, the broadcasted sounds from each of the simultaneous performances segregated themselves into discernible sources.

One only had to follow the noise of their preferred act to reach the correct stage and begin the final day of the festival. 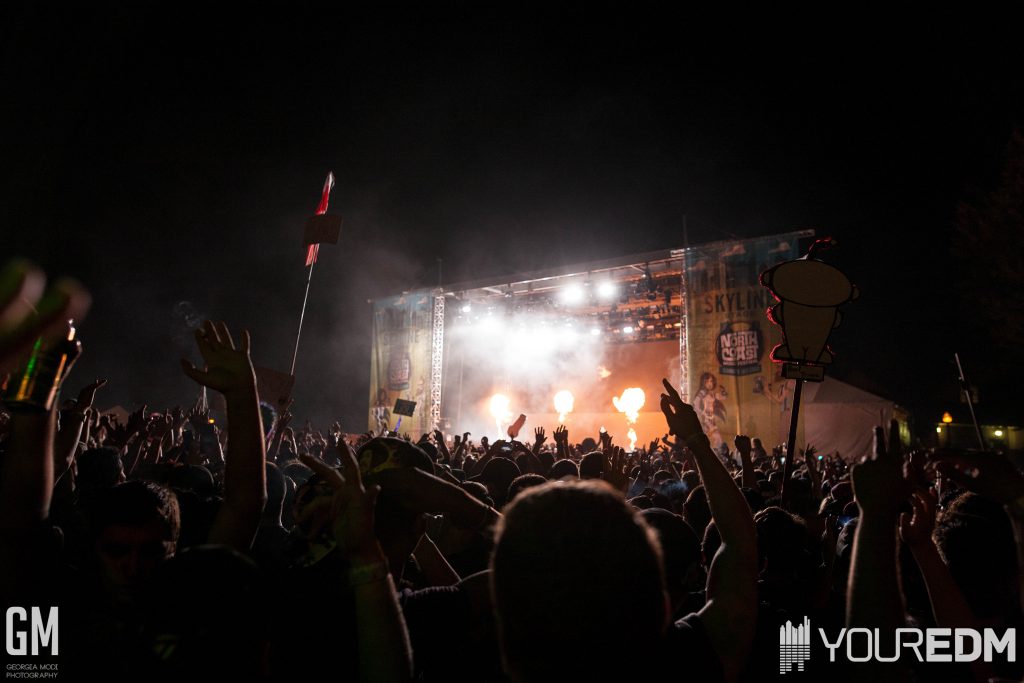 As day turned to night, and the sophisticated and complex lighting arrangements began to emerge, towering plumes of smoke and fire erupted from the down stage machinery in time with the most powerful moments of the performances. Immense laser lights pierced through the darkness and created low ceilings of shimmering colors above the pulsating crowds as the event’s headlining acts ushered an unbroken sea of bobbing heads and arms to the park’s most central space.

Chants, screams and percussive yelps echoed through the crowd as the final moments of Zedd’s closing set winded down on Sunday evening. When the music finally stopped and the warm house lights illuminated the park, the volume of thousands of conversations and murmurs maintained the feeling of grandeur and collective energy while trickling streams of attendees edged their way toward the exits. 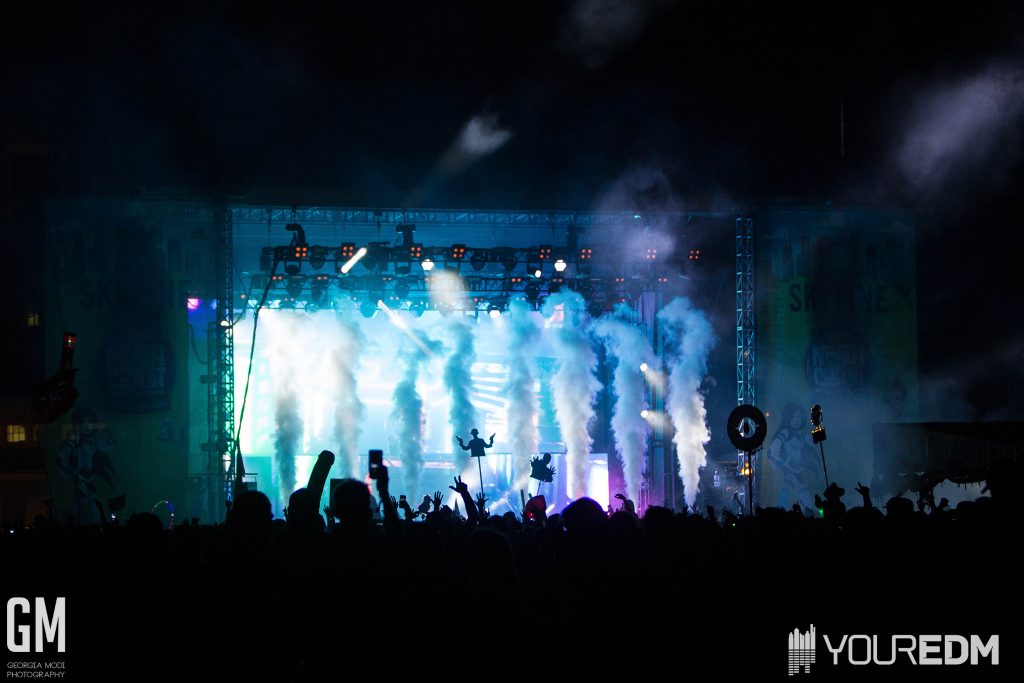 The street corners, curbs, and shops outside of Union Park quickly became resting places for patrons until they were able to find their way home or to the next party. Taxis and rideshare vehicles whizzed past the rows of crossed feet that dangled into the street, coming to eventual halts wherever an outstretched arm beckoned them. The sidewalks were left strewn with discarded event programs, energy drink cans and bracelets too loose to cling to the wrists of the distracted attendees.

Over the fence, clean-up crews and event staff hunched and waddled across the grass, clearing debris and returning the humble city oasis back to its proper state before the morning.