by Andrew
in EDM News, Featured

Charts, Charts, Charts… if they are not representative of electronic dance music’s takeover into everyone’s music listening devices then I don’t know what is.

Major Lazer’s “Cold Water” has just climbed to #1, up one place from last week’s position on the Mediabase pop radio airplay chart, garnering 16,477 spins during the September 11-17 tracking period. “Cold Water” follows “Lean On” as the second #1 for both Major Lazer and MØ. It’s the fourth for Biebs, who previously topped the chart with “What Do You Mean,” “Sorry,” and “Love Yourself.”

The Chainsmokers’ “Closer” takes the runner-up position, as it received 15,706 spins during the September 11-17 tracking period. 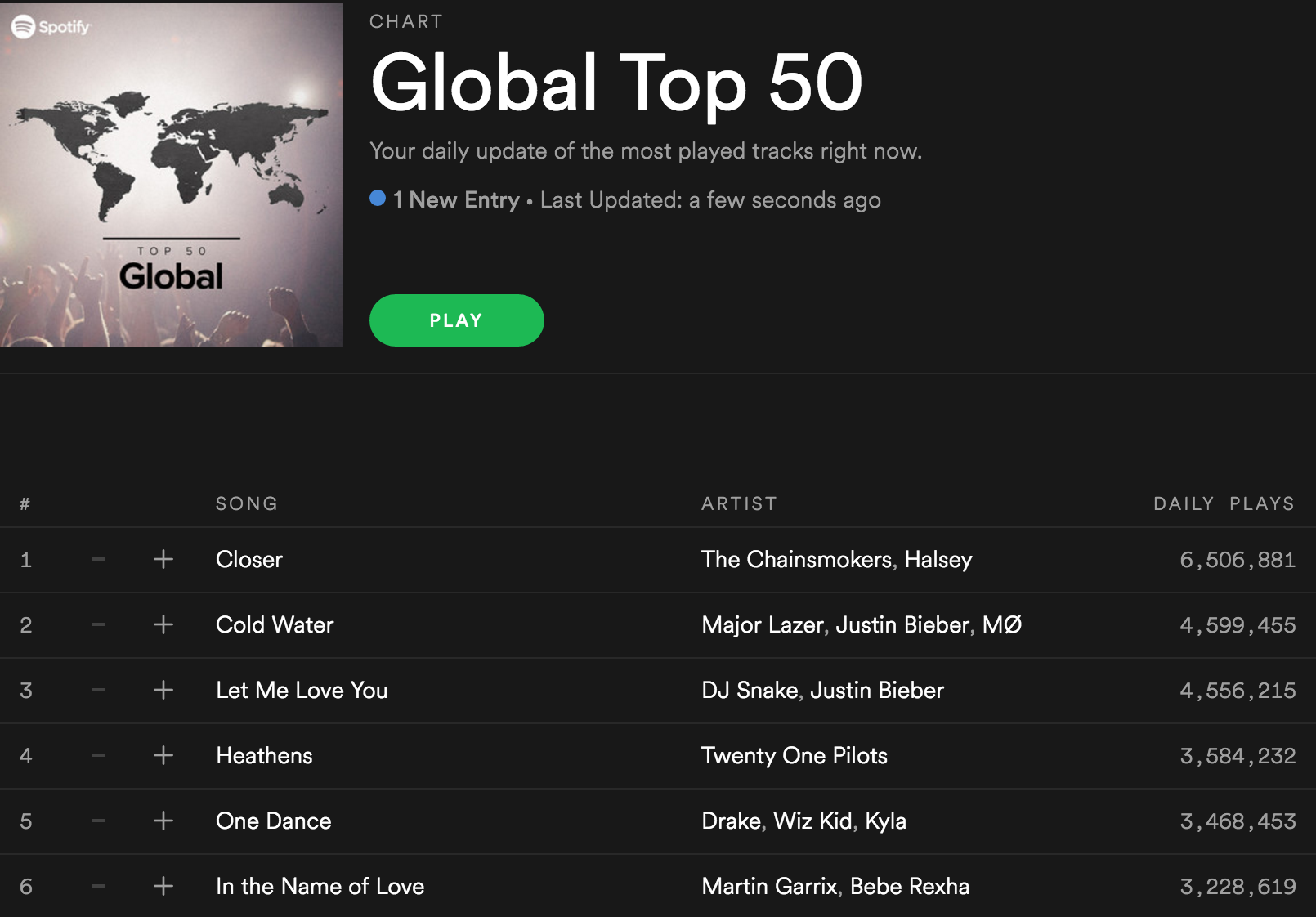