Given the absence of HARD Day of the Dead’s usual presence in southern California over Halloween weekend this year, many of its usual attendees have begun to flock toward Insomniac’s own Escape: Psycho Circus event.

Held from Friday, October 28 to Saturday, October 29, the heavily themed festival will see an all-star lineup of some of the best names in house music and more. With four massive stages, an expansive roster of amenities and a design scheme all its own, fans from San Diego and beyond are in for a real (trick or) treat this Halloween weekend.

Today, we’re proud to reveal the daily lineup for the event’s Ghouls’ Graveyard stage in all of its spooky and tantalizing glory. On Friday, attendees will have the chance to witness performances from mau5trap veteran BlackGummy, Eric Prydz, KSHMR, Martin Solveig, Mercer and Tchami, as well as Insomniac’s heralded Discovery Project.

To purchase your tickets for southern California’s most stacked Halloween party and see the rest of the weekend’s lineup, visit the official site here. 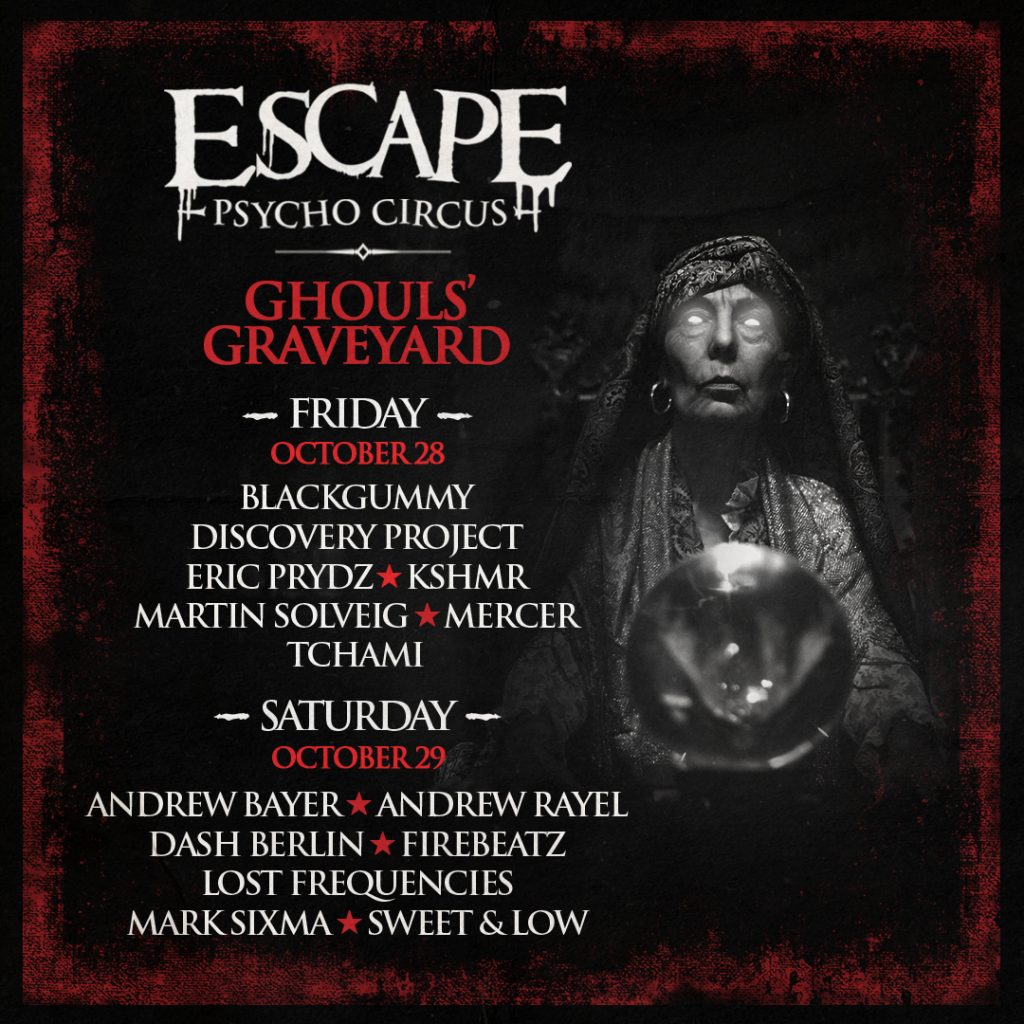