Well, we really weren’t actually expecting The Weeknd’s first single from his forthcoming album STARBOY to be out this soon, but here it is. Better yet, it’s with Daft Punk. The Weeknd & Daft Punk… just wow.

We’ve been waiting for this since breaking news of the collab weeks ago, and we can honestly say that it doesn’t disappoint in the slightest.

We’ll let the single speak for itself.

If you don’t have Apple Music, you should probably get it just to listen to the full song. Listen here.

The Weeknd’s album of the same name, STARBOY, will be out November 25. The next single will be called “False Alarm.” 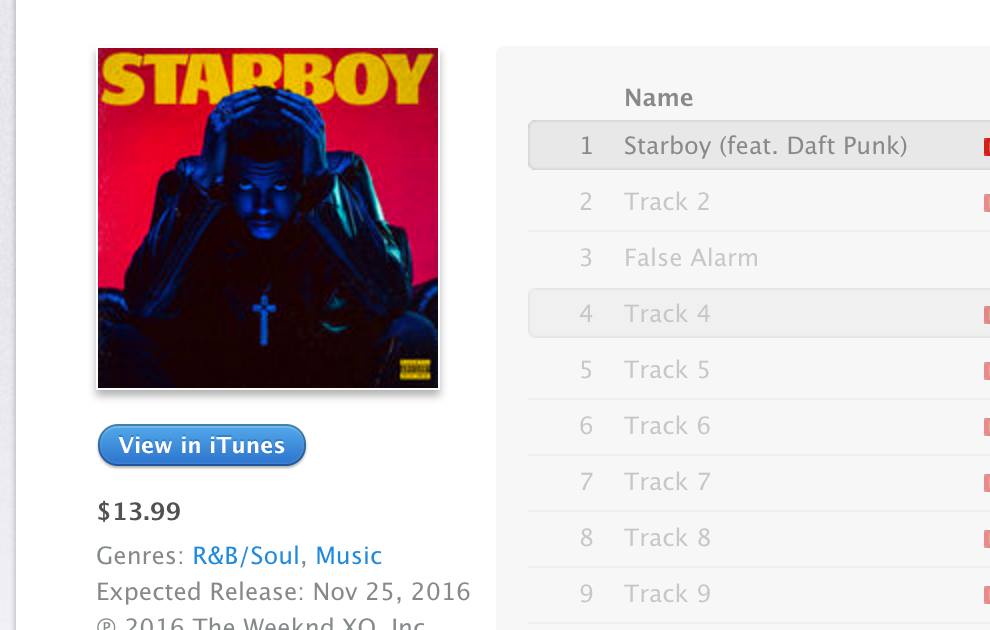 This is Daft Punk’s first new music since 2013’s Random Access Memories and their first new single since 2014. The elusive French robots have always been a little heavy handed with the secrecy regarding their releases, so the hype surrounding this release should reach near nuclear levels.

Though it is a collaboration, and that’s exceptionally important to keep in mind, it seems that Daft Punk are continuing the more “human” element to their music (as opposed to the robot element) in this new single, and The Weeknd is bringing back the R&B elements from his first three albums that we fell so deeply in love with.

If this is any indication of the rest of either artists’ work in the near future, we’re so damn excited.