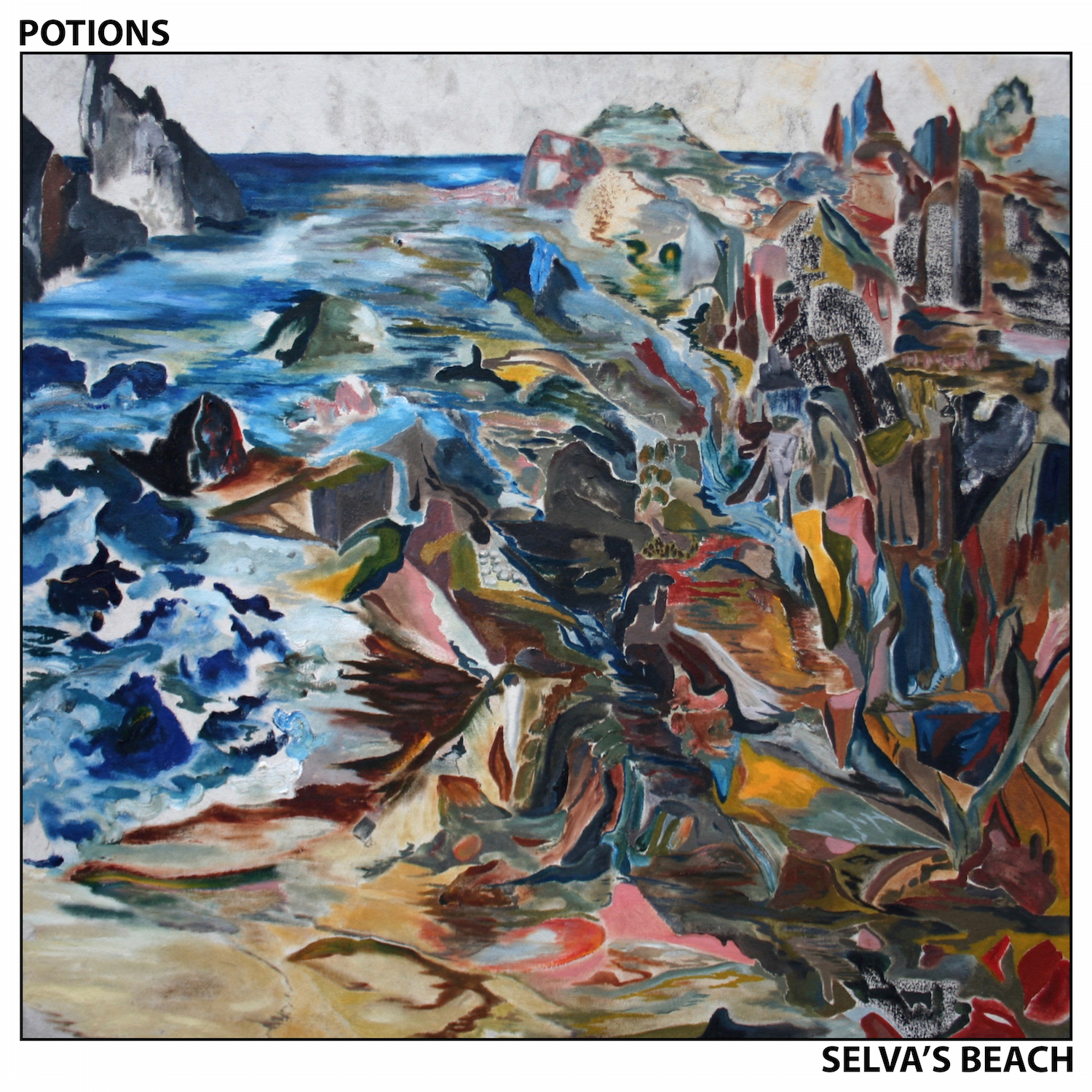 Ever since the release of his last album, III, we’ve been eagerly following the development of Santa Cruz, California’s latest beat-hustler on the block, Potions. His fearlessly innovative style is a breath of fresh air and his productions never fail to entrance us. Which is why we’re especially happy to announce the release of Selva’s Beach, his latest collection of music.

Featuring five all-original new songs, this new project finds Potions exploring an eclectic palette of genres, sounds, and crafty production. While the full EP is a stellar piece of work overall, the stand-out track for us was none other than the title-derived, ‘Selva’s Beach’. The young bass wizard has a wide range of influences and you can hear that fact clearly in the multifaceted nature of this tune. It’s like lo-fi, ambient electronica meets  digitized reggae; syrupy bass lines and understated drum-beats bump lazily in the background as bright synth chords and filtered vocal samples drift among the occasional static crackle. Both the record and the track itself were named after the actual La Selva’s Beach, a popular spot among locals of Santa Cruz County, and the name shines on this tune. It has undeniable ocean vibes, putting the listener in mind of relaxing on the sand as the waves play their gentle music.

In short, you’re definitely going to want to take some time to appreciate this release; it’s currently available as a name-your-price download on Potions’ Bandcamp page. Check out the full stream of Selva’s Beach after the jump and be sure to keep your eyes and ears peeled for more from this underground champ!