Facebook’s Response To Cover Videos Gets Poor Reception Among Artists

Universal Music Group has been savagely issuing takedown notices for video covers of its artists’ songs on Facebook, leading the social media giant to remove the content and send uploaders threatening notifications. With the popularity of song covers being at an all-time high, the tactics used by Facebook have been widely criticized by artists and users alike.

Digital Music News compared the situation to the period beginning in 2007 when the same takedowns were issued on Youtube videos. Rather than effectively use these covers as free promotion, or place ads on them using a similar alternative to the site’s eventual copyright infringement detection tool Content ID, major music entities tried their hardest to remove any trace of unlicensed reproduction. They eventually learned their lesson and followed the tide, but appear to have reverted back to the same mentality on Facebook nearly a decade later.

Without earning revenue on covers through advertisements, and without losing hardly any tangible money in streaming service income that UMG might receive on sites like Spotify, the company is essentially digging themselves into a hole. Not only are they losing the free promotion from unharmful song covers of their artists, they are destabilizing the already rocky relationship with small content creators.

One artist’s cover video was removed by UMG eight months after its initial upload and with only 500 views. The shots below contains the message she received. 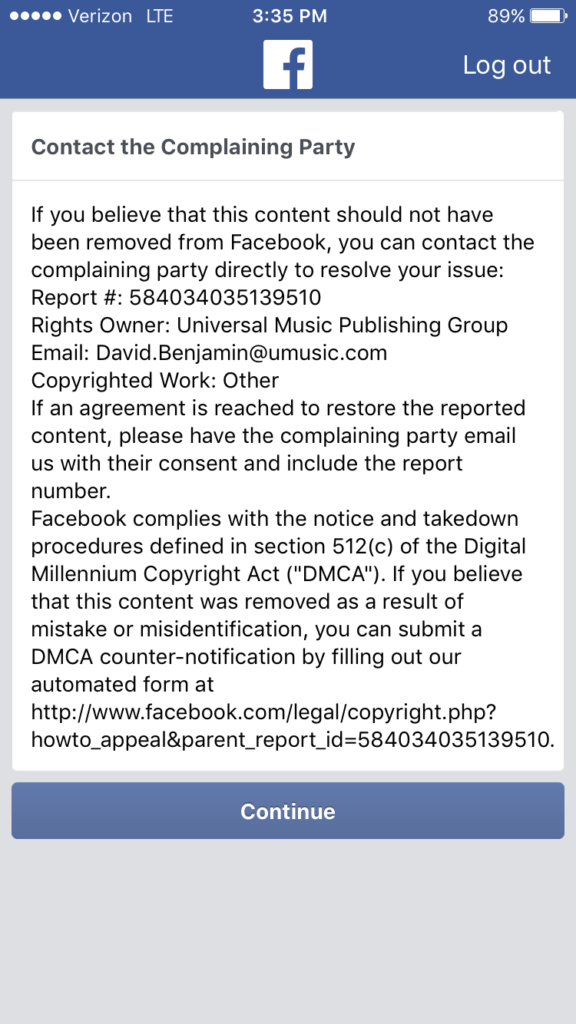 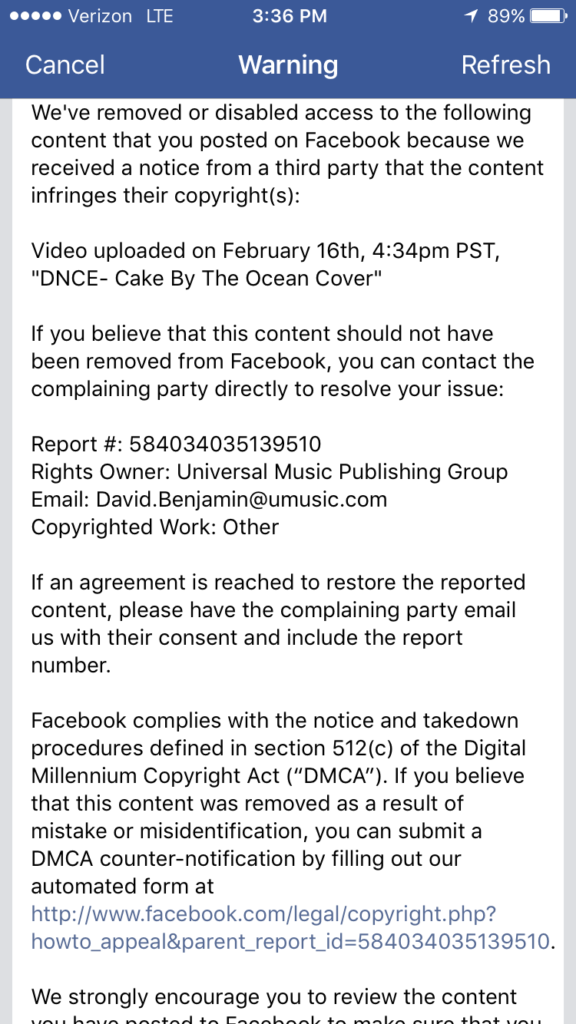