by Andrew
in Events, Tickets, Trance, Worth Sharing

In less than one month, German Grammy Award winning DJ & producer Paul Van Dyk is set to to take the stage in New York City at a secret Brooklyn warehouse. Paul was the first artist to receive a Grammy Award nomination in the newly added category of Best Dance/Electronic album in 2003 and was also named the world’s number one DJ in 2005 & 2006 in the DJ Mag top 100.

Bringing it back to the good ol’ times, the location will be kept secret and unbeknownst to anyone until 24 hours before the proper trance show begins. It will take place on Saturday Nov 12, 2016 at 10:00 PM and will end around 5:00 AM into the wee hours of the the night. 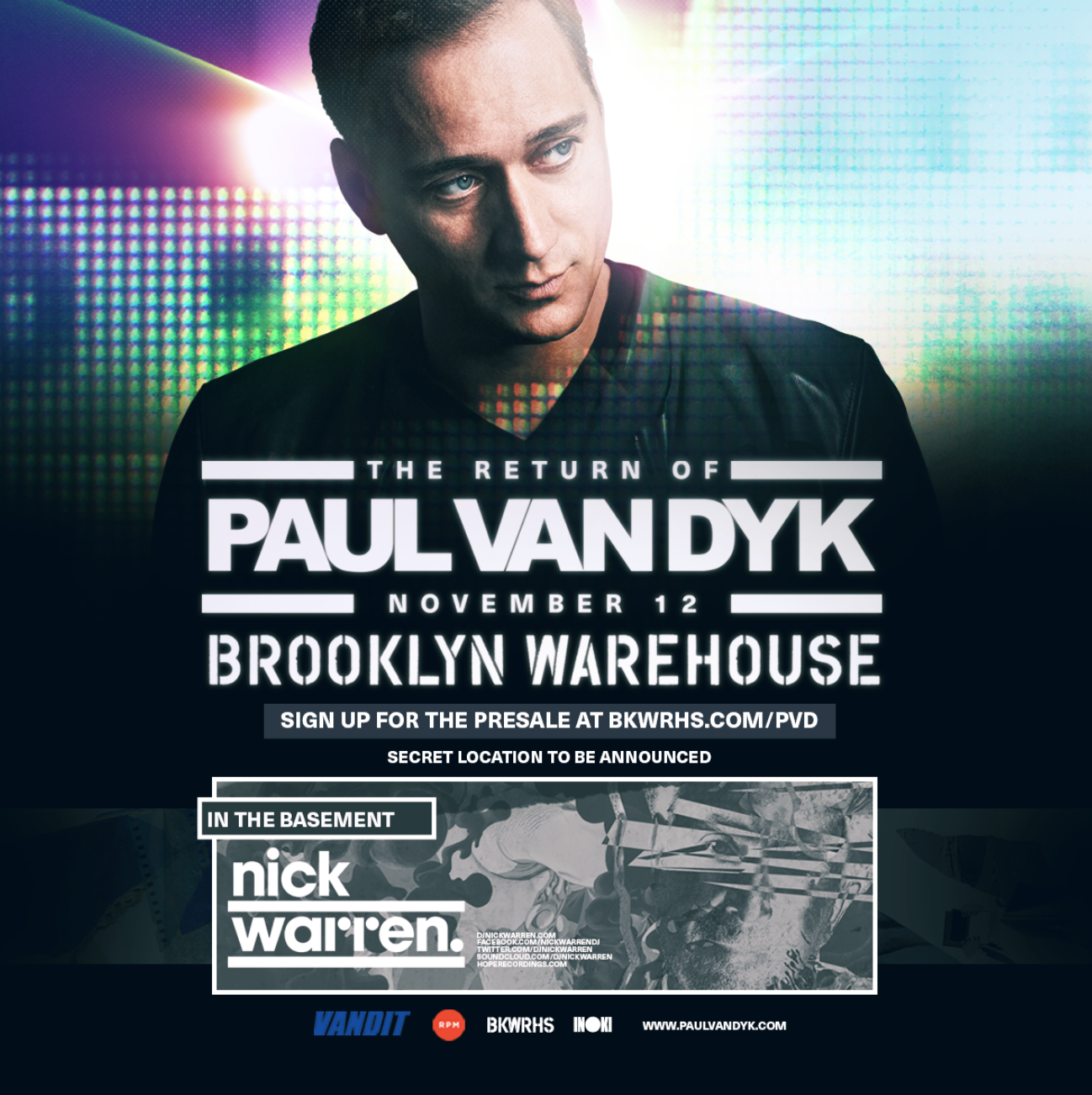 You won’t want to miss seeing the legend if you’re around the NYC area so make sure to get tickets here!

Facebook’s Response To Cover Videos Gets Poor Reception Among Artists