We’ve heard of artists going above and beyond for their fans, but this is just incredible!

Chris McPadden, a Martin Garrix fan, tweeted at the producer/DJ that he had tickets to a show of his in Amsterdam on Friday, but he couldn’t afford the flight. After a brief conversation in DMs, Garrix had bought his flight and return, and Chris was on his way!

This is the kind of thing we love to see from producers in EDM – something that rarely happens outside of our genre except for groups intensely devoted to their fans, like 30 Seconds To Mars. Of course, not every DJ is making enough money to buy a fan a flight to and from Amsterdam, but it’s really the thought that counts.

Obviously this coming weekend will be a time that Chris will never forget. 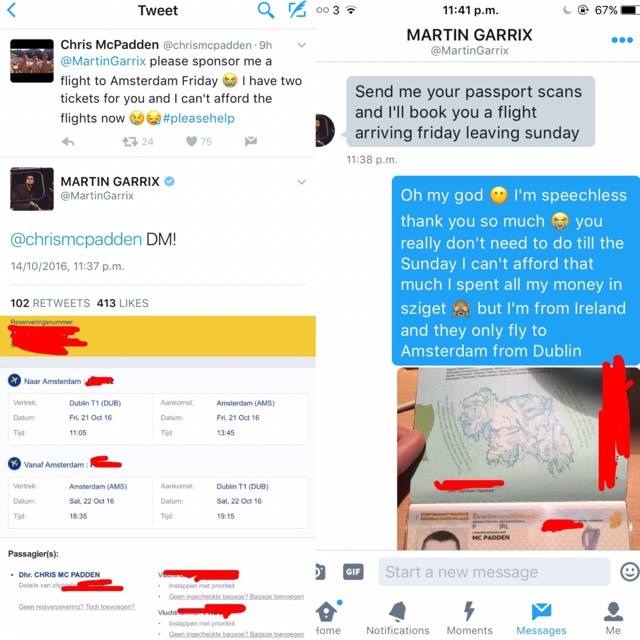 I can not believe what @MartinGarrix just did for me.. that boy seriously is all about his fans ❤️ THANK YOU SO FUCKING MUCH 😭😭😭

DVBBS Releases Another (?!) Music Video For “Ur On My Mind”