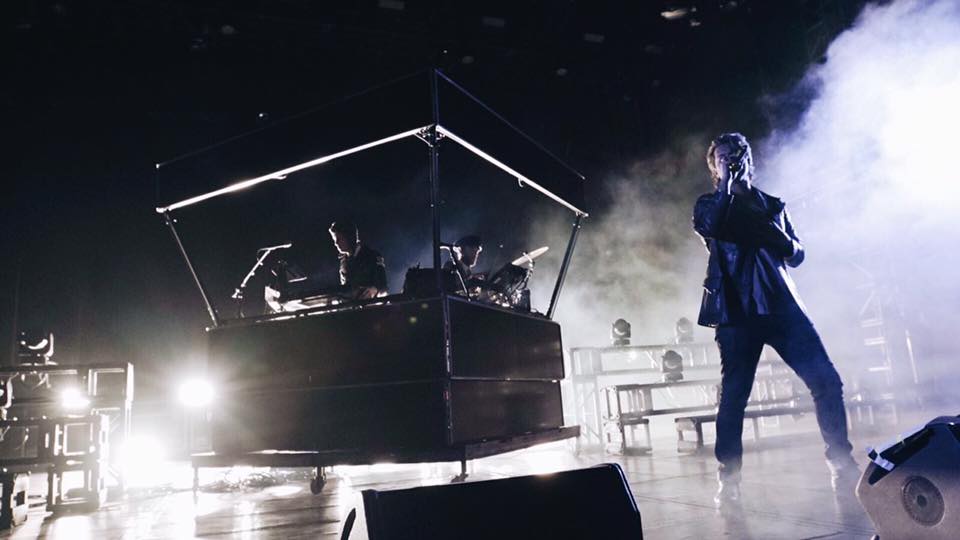 Despite a Hurricane, III Points Stands Rooted as One of America’s Best Festivals [Event Review]

It’s Thursday night, mere hours before Hurricane Andrew hits the coast of Florida. Cars zoom down interstates to evacuate, residents pack supermarkets to stock up on food and water and Governor Rick Scott declares a state of emergency. Yet, a music festival set to take place that weekend in Miami (with the first day scheduled for the following day) did not back down. Festival organizers watched the storm’s trajectory closely and prepared for a wide gambit of outcomes. Attendees traveled south to avoid the potential landfall of the storm and safely prep for the event. It’s true; music festivals are really some of the most powerful forces in modern society.

In its fourth year, III Points stood face-to-face with Mother Nature and survived. Hurricane Matthew ended up turning more into the Atlantic Ocean and almost entirely avoided Miami, much to the satisfaction of organizers, attendees and artists alike. The hurricane became the running talking point of the weekend’s festivities in the Wynwood art district of Miami. It caused headlining band LCD Soundsystem to cancel along with Oneohtrix Point Never and others and prevented Your EDM from making it down to Miami to experience the first day of the festival. Yet, we soldiered on and drove down to the Mana Wynwood venue hosting the festival to experience the final two days of the festival.

After attending the festival last year, we can comment on one definite change: III Points has grown. A lot. An army of stacked shipping containers created a passageway for attendees as they entered, guiding them to the towering Mind Melt stage. A sizable step up from its predecessor last year, this Mind Melt ran as large as stages one would find at bigger music festivals. Artists such as M83, Jacques Greene and Thievery Corporation performed here, a fitting platform for more live-centric artists and bands.

Inside the actual Mana Wynwood warehouse lied the Main Frame stage, which stood before tall pillars decked with LED screens. This stage drew big crowds to artists the entire weekend, from the much anticipated collaborative performance of Method Man & Redman to the otherworldly beats DJed by Flying Lotus, not to mention deeper sets delivered from the likes of DJ Koze, Black Coffee, Andy Stott and more. The festival also hosted four other stages, including the deep-friendly and Soulection-showcasing (at least on Sunday, the final day) Isotropic stage, a smaller Mind Melt-type stage called Sector 3, the smaller warehouse Door IV and the local-friendly Sunset @ Noon stage. Every stage transported attendees to its own unique world, some layered in visual-heavy production while others showcased the performers first and foremost.

III Points prides itself on being a festival that highlights the best of art and technology among its musical roster, and we must recognize that pride is well-placed. This year’s event offered a variety of exciting and innovative art displays and technological hubs, much more than most bigger festivals offer by a long-shot. It packed in everything from a virtual reality experience that took users to Mars to a graffiti-laden school bus. The festival also does a great job in putting a spotlight on the lesser-known musicians rising in Miami, a great treat for both people wandering stages looking to discover new artists and dedicated, local contingents looking to home grow the next superstars.

In terms of actual sets, pretty much everyone exceeded expectations. We heard great reports from artists such as Dixon, KiNK and Vince Staples on the first day, and the second and third days packed in so much good music that we we barely had time to breathe. Saturday assembled a mammoth lineup for the Isotropic stage, bringing the likes of Leon Vynehall, DJ Tennis and Ben UFO for hours of deliciously experimental, groovy and techo-hinged bliss. Meanwhile, Main Frame enlisted its own roster of superb talent, ranging from Black Coffee to Maya Jane Coles, both of whom’s sets were much anticipated among Miami fans who had not been able to see them in the city in almost a year (or in the case of Maya Jane Coles, years!).

Sunday proved to be a bit more of a relaxed day, and that was quite alright given the intensity of Saturday. While sets from M83 and Jacques provided some fun, no one compared to the insanity of Flying Lotus and the soul searching of DJ Koze. Fly Lo assaulted our senses with his own productions, video game OST remixes and a surprise appearance from rapper Denzel Curry, while DJ Koze took us on a journey through some of the best house music we’ve heard in ages. Both capped off the festival excellently.

III Points had a lot to lose if Hurricane Matthew caused its cancellation, but fate smiled kindly upon the festival. This year only proved that both III Points organizers and attendees possess a determined moxy to keep the party going at all costs, and that moxy paid off big time for a festival only in its fourth year. We look forward to seeing what’s to come from III Points in the years to come, ideally without the looming threat of a hurricane. Until next year!