There are few people in the EDM industry who stay as busy as Gary Richards, whether in the studio or behind the decks as Destructo, or as the head honcho of HARD events. You would think it would be difficult for such a busy guy to get out and tour, but Destructo doesn’t adhere to any rules. Fresh on the heels of two heavily hip-hop leaning singles, “Catching Plays” featuring Pusha T and “Winning” featuring Problem, Destructo has taken his aptly named Renegade tour on the road over the past month. Destructo and friends made their Los Angeles stop this past Friday at Avalon and it was a night for the books.

Destructo rolled into town with a deep entourage including a bevy of all-star West coast rappers, Ty Dolla $ign, Problem, Too Short, and E-40 (who was on the bill). Too Short was a definite surprise, but I’ll get to that later. Again, there was just something about the night, I got there around 11:15, Vindata was warming up the stage with some solid bass and dubstep sounds. Avalon’s production is always on point, and it was already in full effect for a warmup act. Legendary bay-area rapper E-40 took the stage around midnight, and he played a thunderous 30 minutes of music encompassing all of his hits including “Tell Me When to Go” and “U and Dat” and “Saved.” If the crowd wasn’t already in a frenzy, it was now.

I would be lying if I said I hadn’t thought about Destructo bringing out Ty Dolla $ign during his set. I didn’t have to wait long, the two of them opened up with their smash, crossover hit, “For Real.” Shrouded in a hoodie and the smoke of the stage, Ty Dolla $ign lurked across the stage for the first few songs of Destructo’s set bringing his signature blend of raps and smokey vocals along with. I think it’s safe to say that Ty Dolla $ign is the go-to rapper for EDM artists at this point. Destructo continued with some deep and vibey house sets. I stepped off the floor for a moment to grab a drink, and, boy, was I in for a treat when I returned. 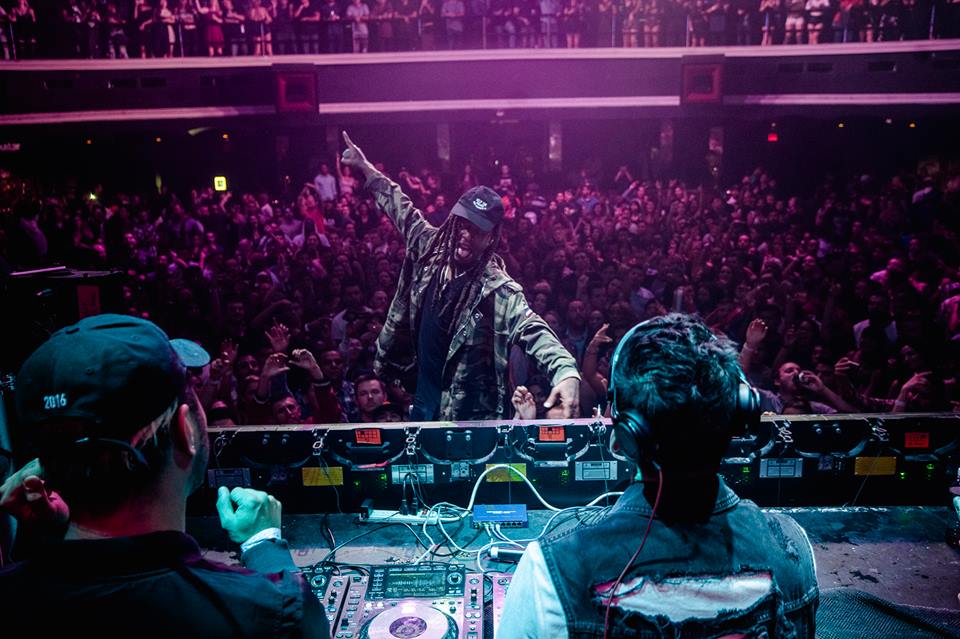 While I had hopes and at least an inkling that Ty Dolla $ign would make an appearance, I was not prepared for the next guest. When I returned from the bar, Too Short had taken the stage, performing his smash hit “Blow the Whistle,” while the stage was filled with fans. Where they came from, who knows, but it was the definition of lit inside the venue at this point. Destructo continued to take the crowd through his set of house and bass grooves, all the while, the outstanding light panels of Avalon providing plenty of entertainment value of their own. Although his next guest, was an expected one, it was still glorious nonetheless.

Problem joined Destructo for a medley of their collaborations including the epic “Dare You 2 Move” and their aforementioned new track, “Winning.” It was a wild night in Hollywood for Destructo’s Renegade Tour, it had all the makings of a HARD production, just on a much smaller and more intimate scale. The Renegade tour will be making two more stops in November in Philadelphia and New York. Felix da Housecat and Drezo will be joining Destructo in Philadelphia. E-40 will again be joining Destructo in New York. Check out Destructo’s new track “Winning” featuring Problem below.