No one likes being the victim of a hack, obviously. It’s a vicious invasion of privacy that makes you feel needlessly vulnerable, and makes you fear for the safety of other personal and sensitive information online. And depending on where you’re hacked – bank account, social media, etc. – the repercussions could be deep.

For Drew Taggart of The Chainsmokers, this hack has sent his followers into a frenzy. Vicious attacks against collaborator Halsey, calling her “whore” and “slut” and other worse phrases, were thrown around with wanton disregard. Screenshots of a faked Snapchat conversation between Halsey and Diplo were also shared, seemingly showing the two of them agreeing to have sex at a later time. All these tweets have since been deleted.

While we’re not questioning that Drew was hacked, it’s crazy to think that he was hacked 18 minutes prior, got his account back, deleted the old tweets, and then was hacked again. Either he’s choosing some really easy passwords, or something else is going on. 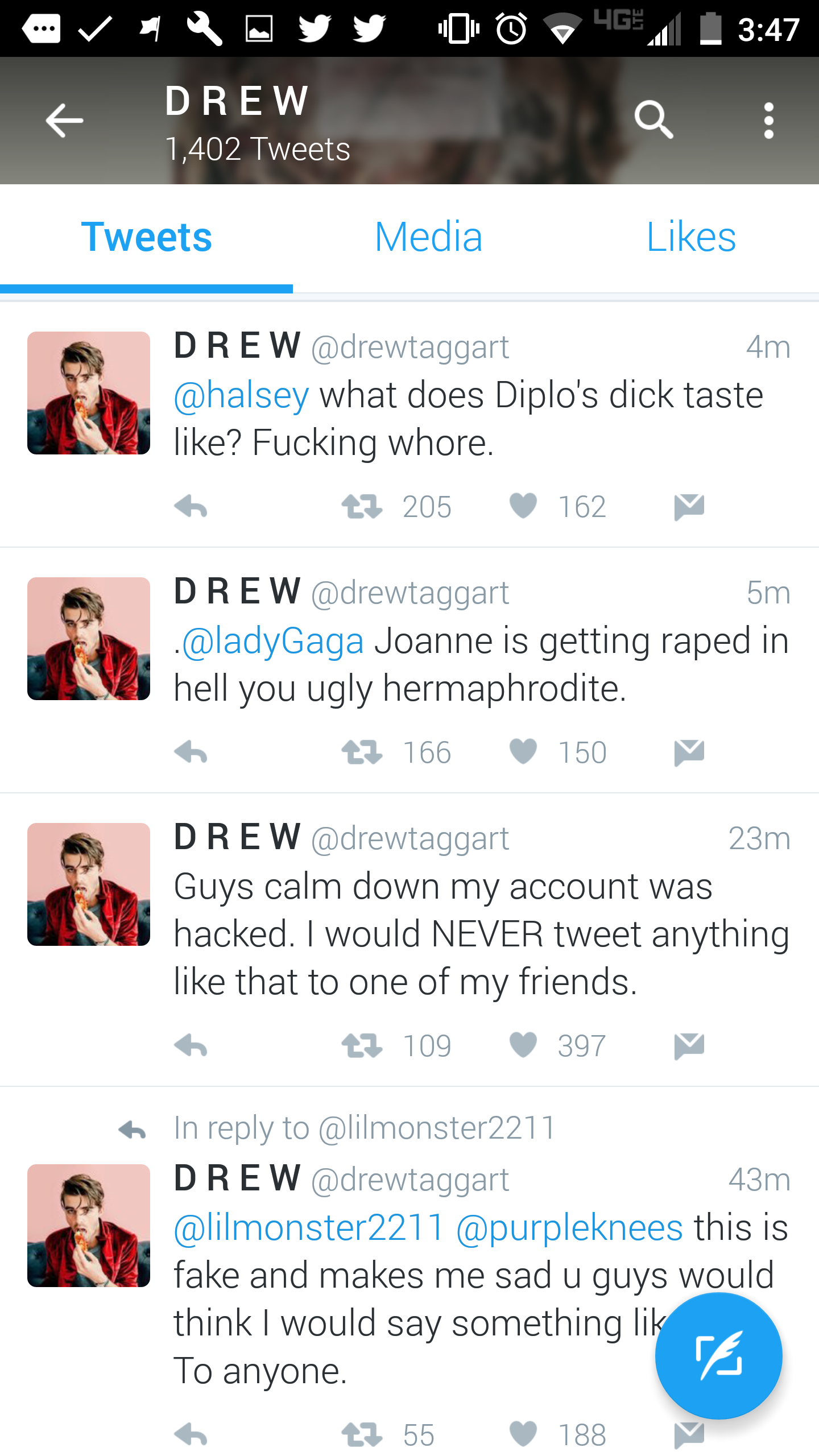 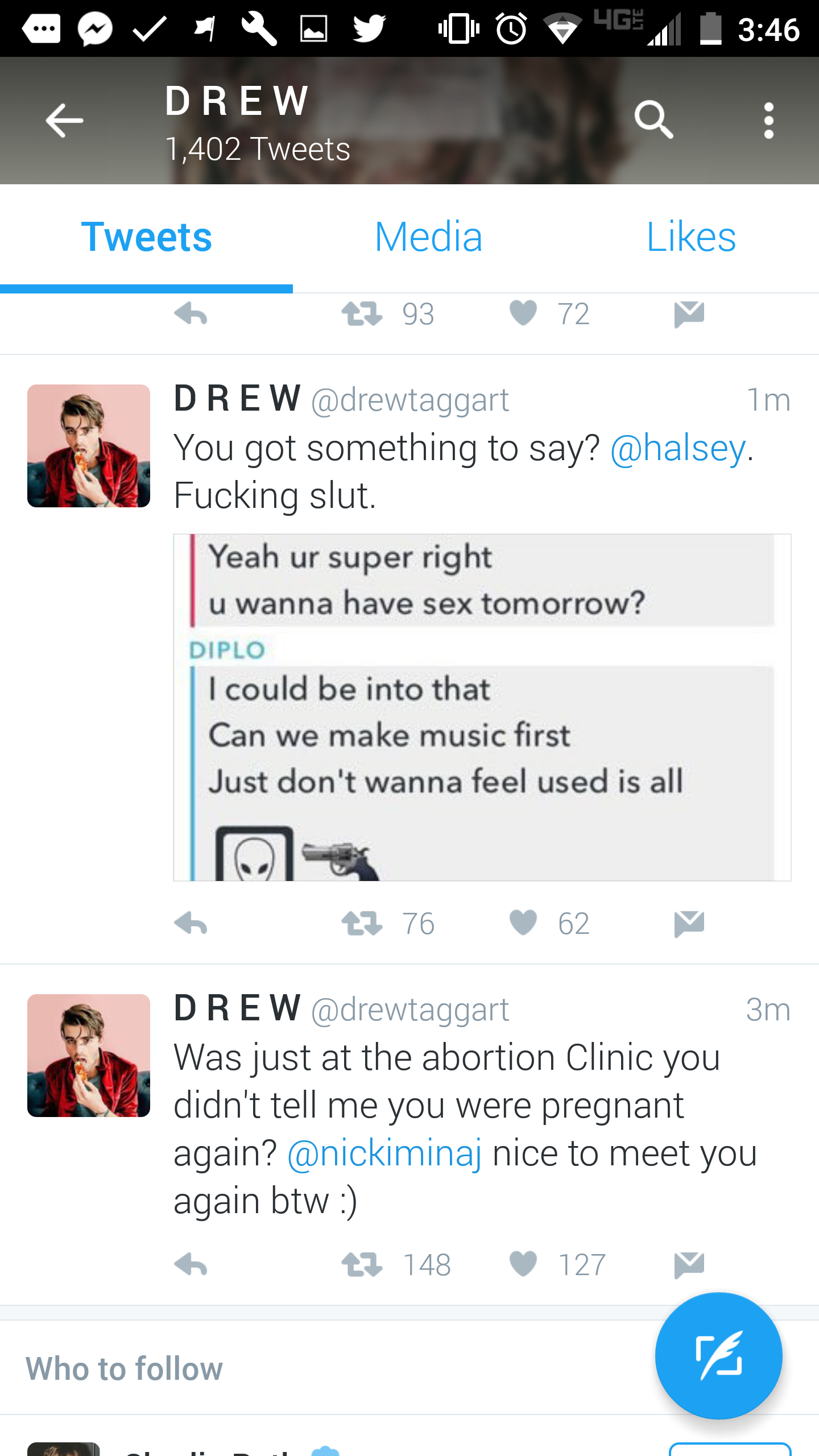 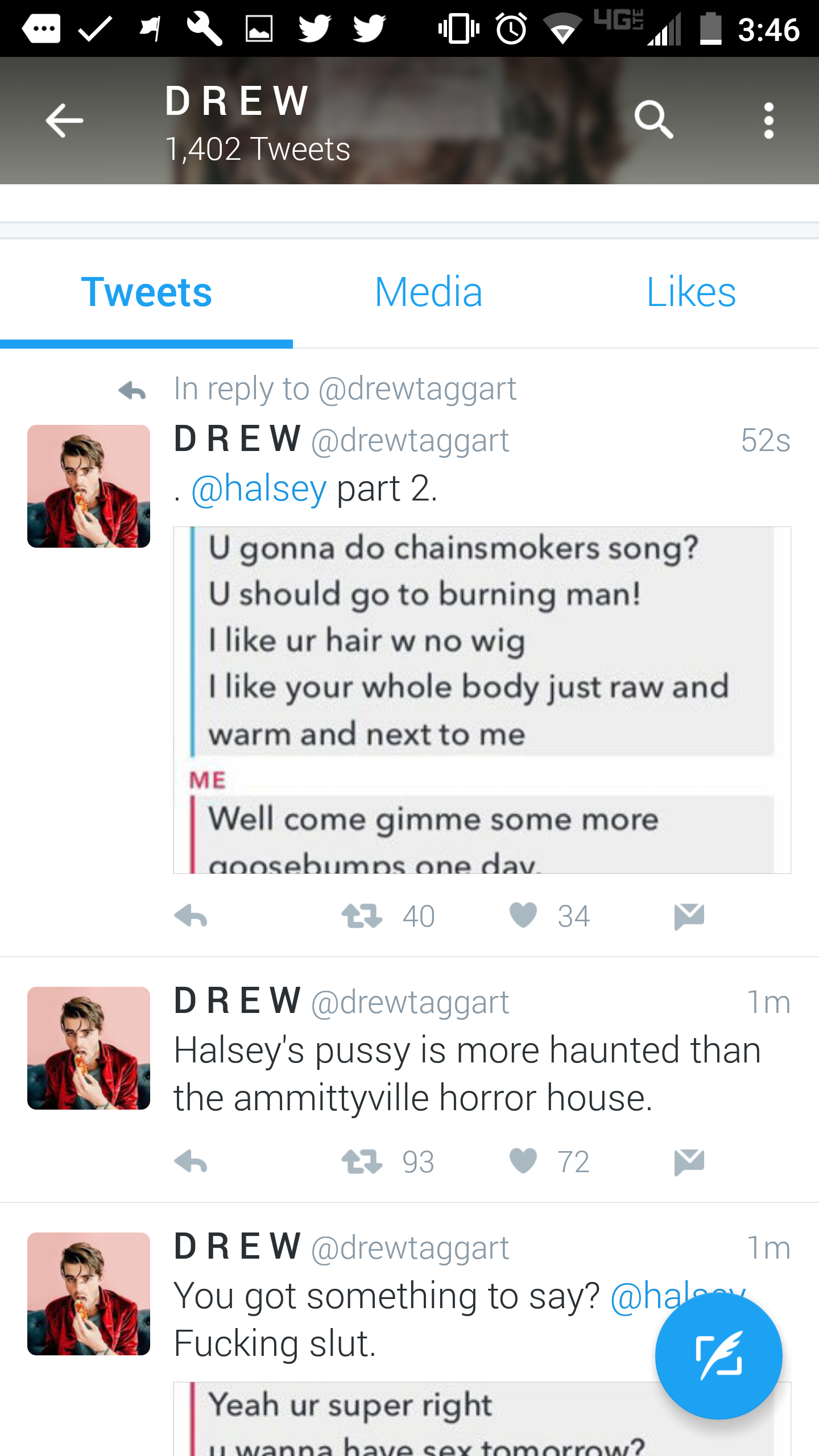 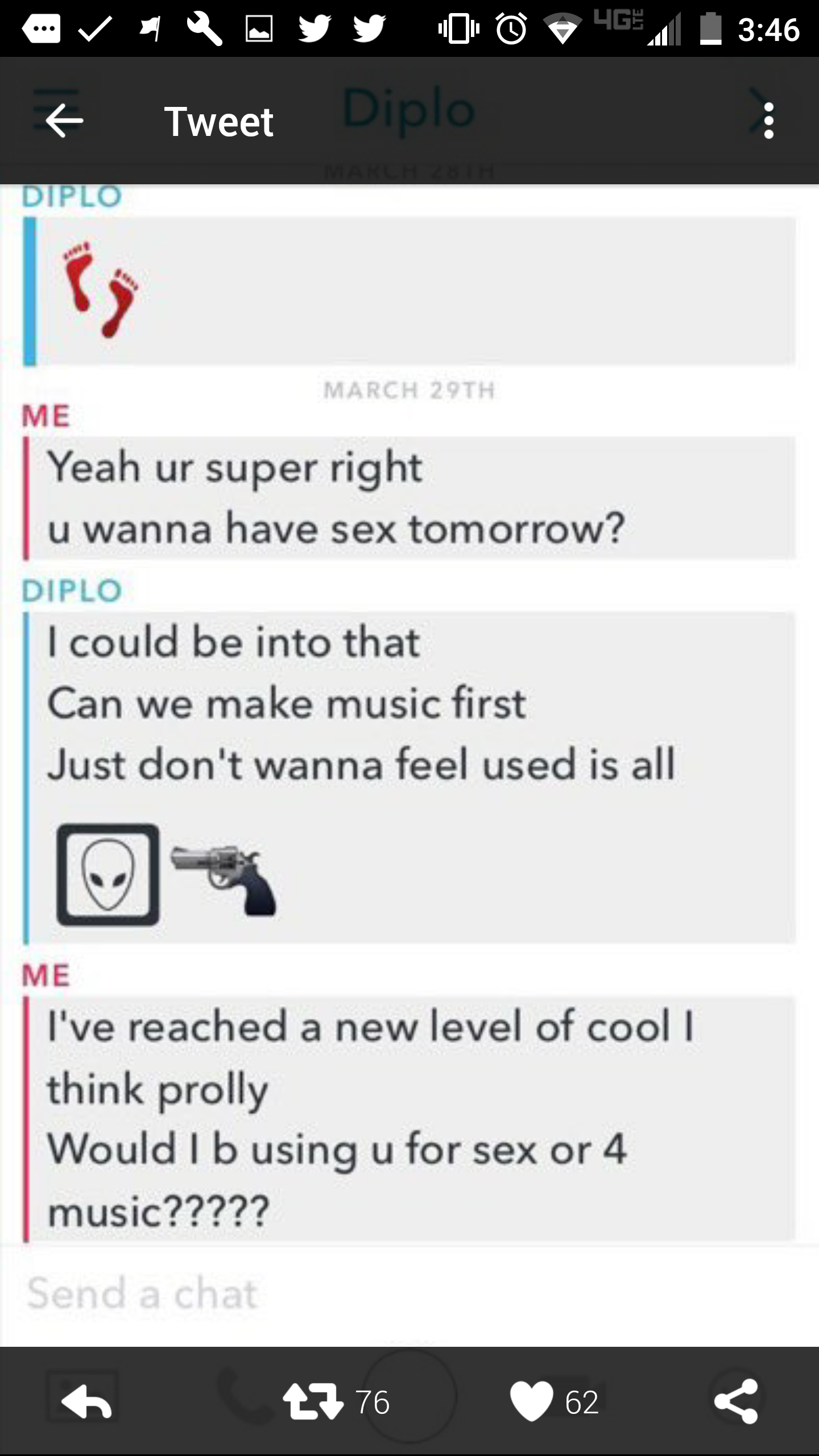 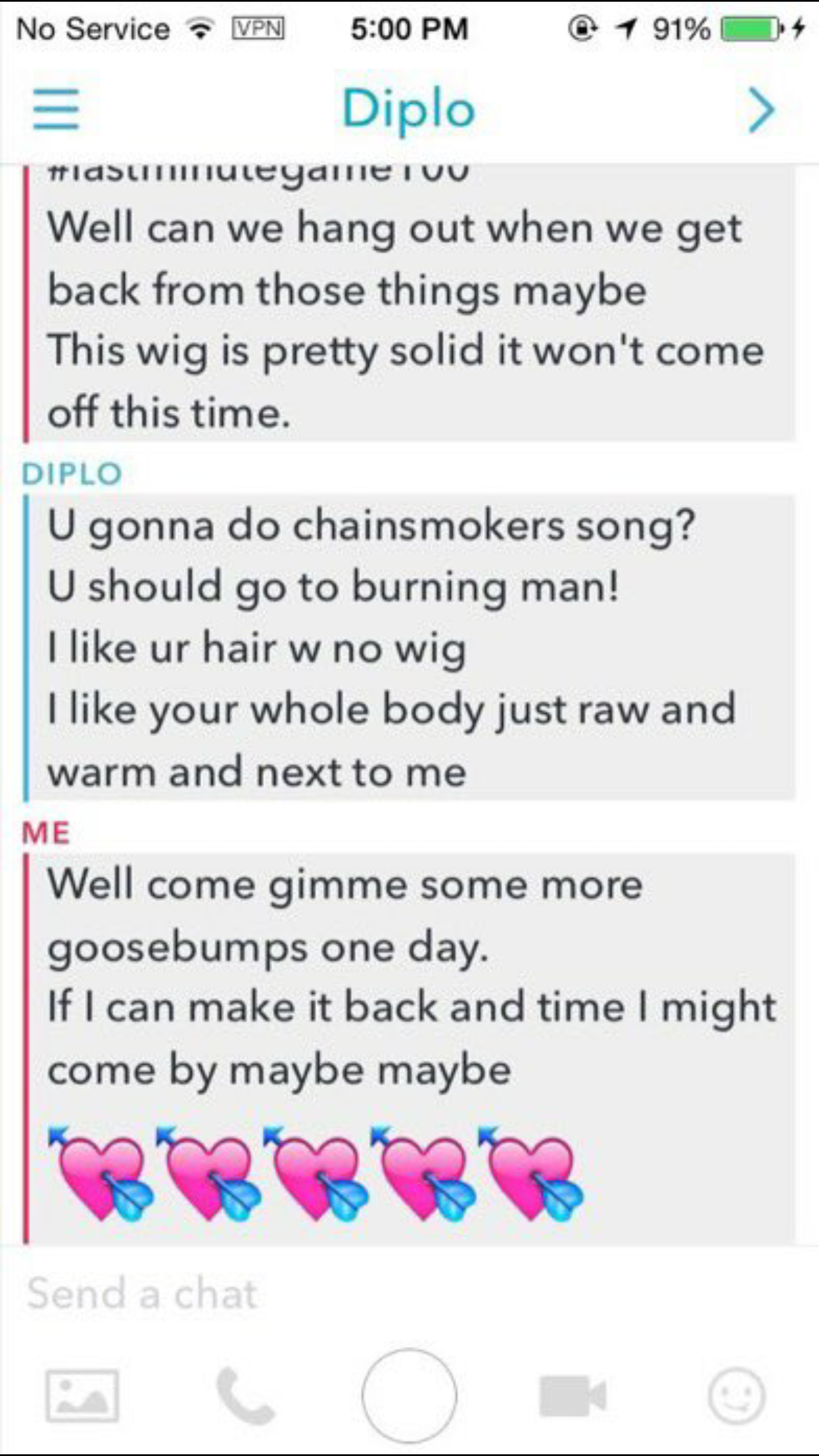 Of course, the irony of the situation is that this was his most recently favorited tweet.

Despite a Hurricane, III Points Stands Rooted as One of America’s Best Festivals [Event Review]