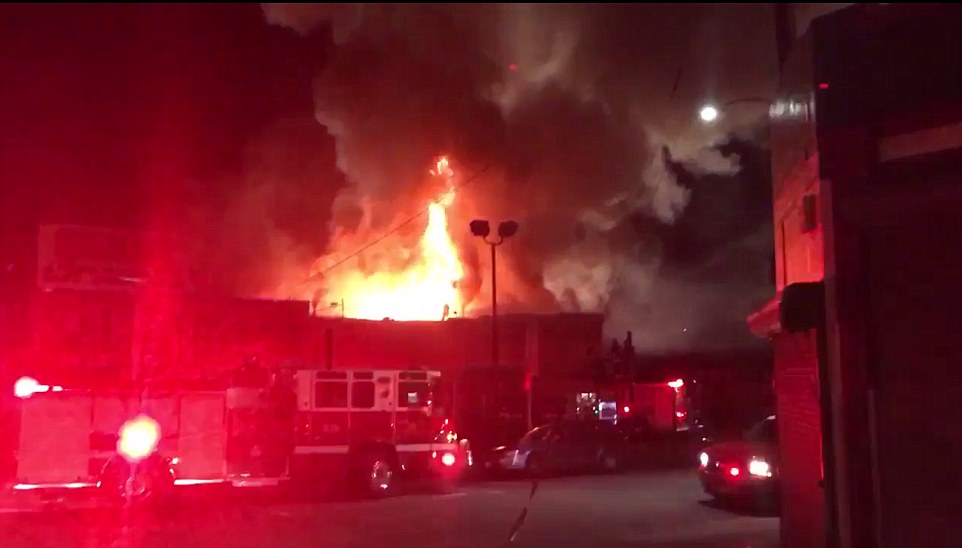 The show was put on by LA-based label 100% Silk’s West Coast tour, showcasing the talents of Golden Donna, Nackt, and Cherushii amongst several others. The show was hosted at a combination live-work residence, which houses about 50 people to function as an artist collective.

The cause of the fire is still under investigation, though arsen has not yet been ruled out. A statement by Fire Chief Teresa Deloach-Reed reads, “We still have to do a more thorough search of the building and we don’t know the potential number of other victims.”