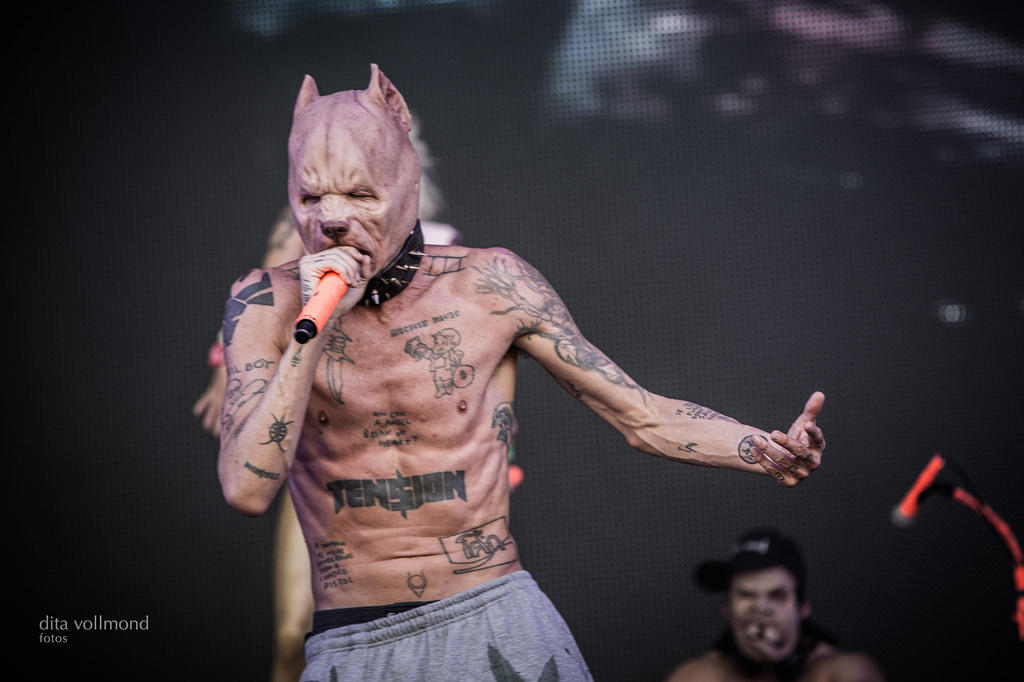 Die Antwoord isn’t easy for everyone to get into, that much is obvious. The South African duo of Yolandi Visser and Ninja is an acquired taste, pushing the limits on what’s acceptable in their music videos and general content. This latest video for “Fat Faded Fuck Face” from this year’s Mount Ninji and da Nice Time Kid pushes the limits far.

Composed entirely in black and white, accompanied by a dark and apocalyptic hip hop beat, the video is an insane devolution into extreme hedonism. Face and body paint abound, as well as topless women and some allusions to Satanic elements, too.