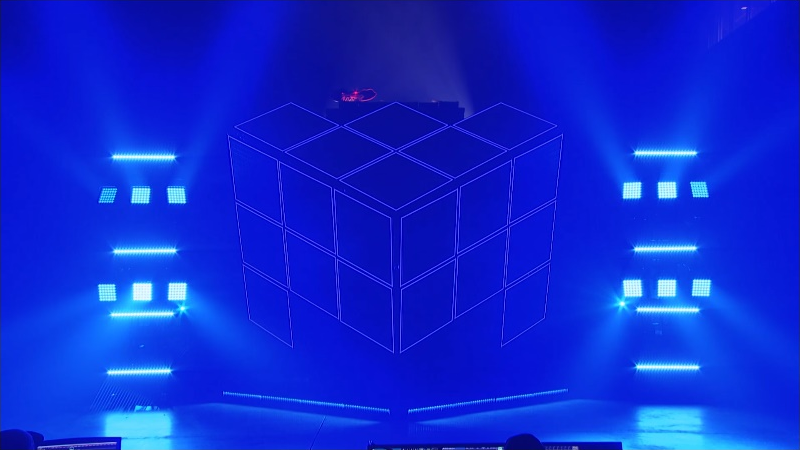 Behind The Scenes Of Deadmau5′ New Cube 2.1 Live Show

The day that deadmau5′ album came out, he also did an exclusive live stream on YouTube showing off his new Cube 2.1 stage design. Combining the classic LED panel walls with some mechanical moving parts within, the new cube was bigger and better than ever.

Now that his album W:/2016ALBUM has debuted at #1 on the Billboard Dance/Electonic Charts, he’s shared a behind the scenes look at the making of the cube and a preview of what his live show elements will entail when he goes on tour in 2017. New visuals and a new mau5head will make this experience incredibly captivating for new and old deadmau5 fans alike.

Based on clips of interviews with engineers and designers in the video, we can assume that there’s going to be a much bigger documentary version of this video at some point, but that’s yet to be confirmed. Still, the video below should provide sufficient hype. Check it out below: