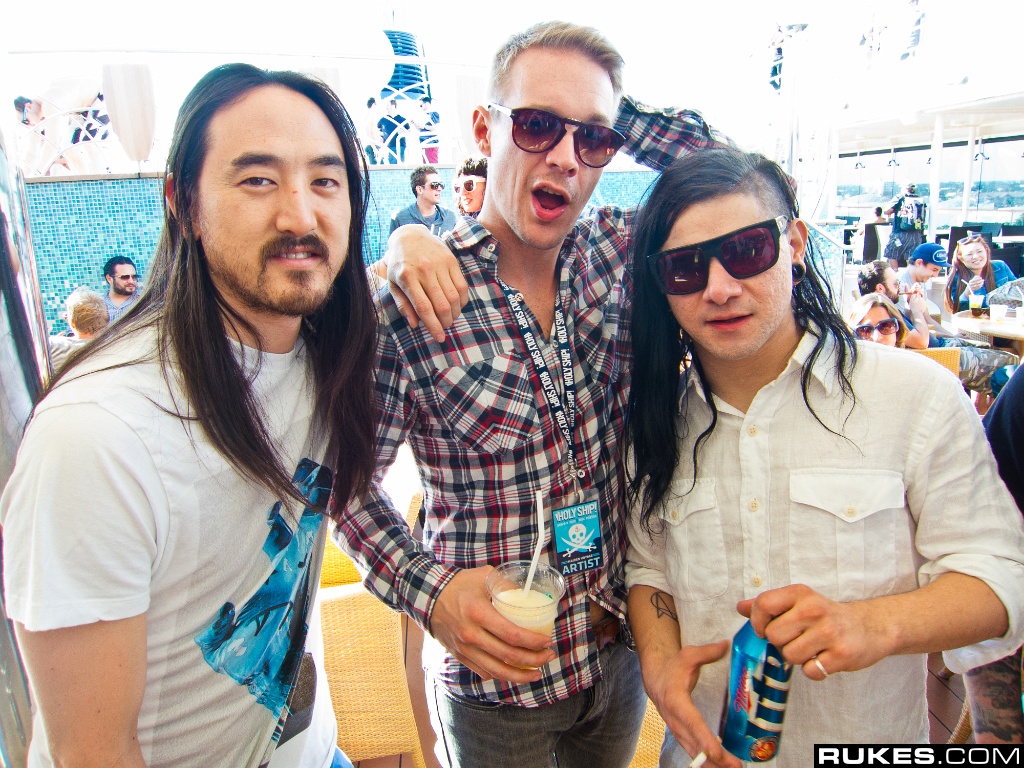 While Shade 45 might be known to music fans as one of Sirius XM’s largest homes to hip-hop music, it appears that they’ll be temporarily straying into the world of dance music with the exciting announcements of three guest mixes on a single day. Today marks a special 2017 Festival Weekend iteration of the channel’s regular G-Unit Saturdays feature hence the special guests.

Airing today between 10 am to 6 pm, Skrillex, Diplo, and Steve Aoki will be handling the decks with guest mixes from each of the producers. All three producers will no doubt be familiar to an urban/hip-hop audience having collaborated with plenty of artists in those areas in the past.

Diplo has a long history in the urban music world from not only the Major Lazer project, but also from his close work with M.I.A. in addition to producing for some of the biggest pop names on the planet. Steve Aoki has had plenty of rap star features in the past including Lil Jon, Kid Ink, Waka Flocka Flame while Skrillex has done the same as well working with Rick Ross, Vic Mensa, The Game, and more.

If you’re interested in checking in, tune into SiriusXM here.