On December 30, Skrillex performed at Washington D.C.’s Echostage venue as part of a pre-NYE showcase for one of the city’s largest concert venues. During his set, a certain moment was captured by a Reddit user who uploaded the photo onto the official r/skrillex subreddit this week. The visuals captured in the photo almost identically mirror the album artwork from Skrillex’s 2013 Leaving EP, leading some to believe that a sequel is in the works.

The EP was released with an image of a black and white filtered street tunnel with sloping lights and illuminated walls. The iconic photograph was also used by Flux Pavilion on his 2013 Freeway EP, coming as one of the more recognizable images from the year in dance music. According to a photo taken from Skrillex’s December 30 set, however, it appears that the dubstep godfather still has it in rotation for his live show visuals.

The picture shows the freeway album cover in full form, complete with the sloping lights and black and white coloring. As the visuals played out, a brand new Skrillex ID was played out, according to the Reddit post. If the visuals were meant to coincide directly with the brand new track, some have said, it might mean that Skrillex is conjuring up a sequel to Leaving.

Check the image below, and look further down to watch an extended cut of his Echostage live set. 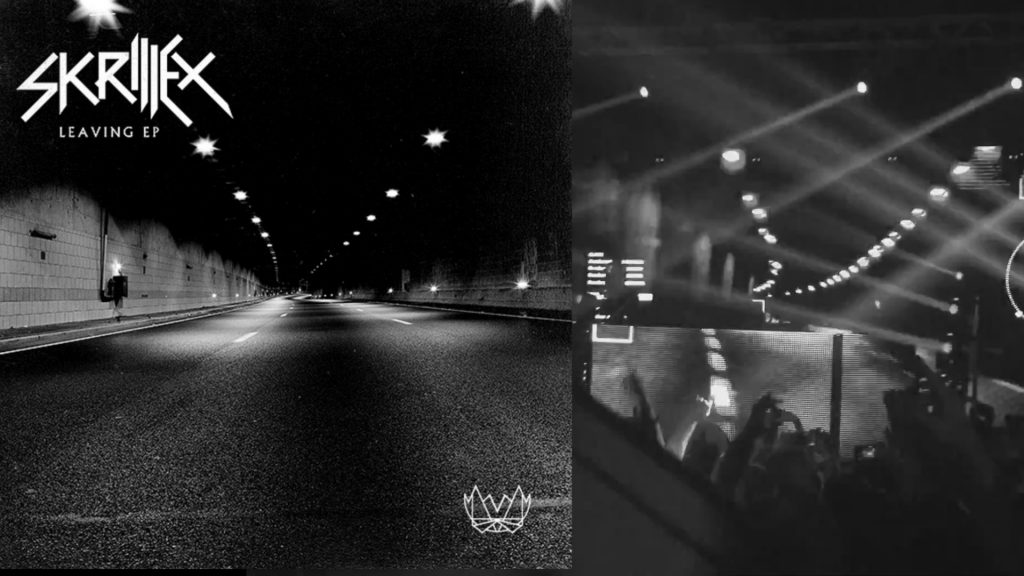