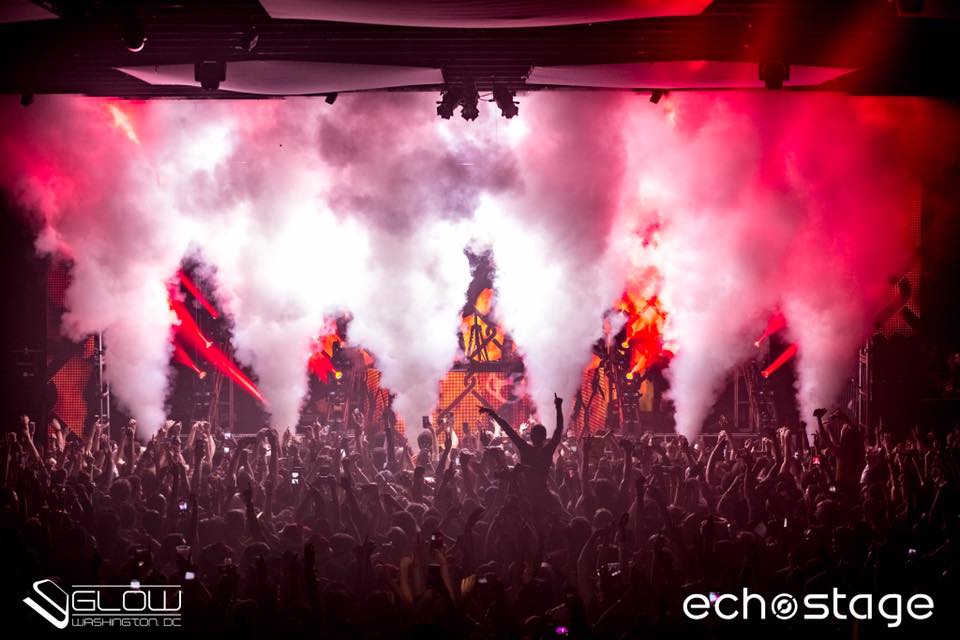 For NYE weekend in 2016, Skrillex played Echostage in Washington, D.C., an extremely popular venue. As you might expect, the event sold out quickly with many wanting to witness Skrillex one last time before the end of the year.

As one of the top DJs in the world, Skrillex has his fair share of devoted fans. There are many who have seen Skrillex dozens of times or met him enough times that they believe Skrillex would recognize them. Then there are those who go a bit too far, like reddit user yellowshirtpeople.

In a post that went live on /r/Skrillex this morning, /u/yellowshirtpeople tells of how he snuck into the backstage of Echostage by studying the staff’s uniforms and creating one of this own. With a few quick one-liners, he made his way to the green rooms, where he locked himself in the bathroom and hid for at least 90 minutes, waiting for Skrillex or someone from OWSLA to arrive, at which point – we suppose – he would jump out and say “howdy do”?

Eventually, as he peeked out the bathroom door to see if anyone had arrived, he was spotted and security came knocking. Security was forced to open the door as our sneaky perp had locked the door, and was afraid of security, opting for them to “get all that stress out on the door because I was really afraid to open it.” Once he was in the hands of security, he tried posing as a photographer, but was eventually found out for what he was really doing.

Echostage told us in a statement, “A gentleman attempted to enter a restricted area of the venue. He was apprehended quickly with no incident, and turned over to the police who are handling the situation.” Our perp’s story lines up with the statement, even going so far as to say that he thanked police for putting him in handcuffs.

The really scary part of the story is his apparent confusion as to why he was being charged with trespassing… after he trespassed. He writes, “And, I’m pretty sure Skrillex wouldn’t want one of his fans to get charged with trying to see him backstage. It’s just a bad look.” No dude, what Skrillex wouldn’t want is a crazy fan fabricating a staff uniform to then go hide in his green room bathroom in the hopes of meeting him. What this fan did was above and beyond just trying to see him.

The story has since been deleted from reddit, along with the user’s comments, but you can still see responses from everyone else in the thread here.

Comment from discussion I got arrested at the Skrillex show at Echostage (EPIC STORY).

Read the full story below.