by Rain Robinson
in Aspire To Inspire, Editorial, Featured

For some people, experiencing music is like a drug; getting lost in time with harmonies and feeling the sub woofers vibrate your body uncontrollably. For others to experience music, they need drugs to take them to that special place. Drugs have been a hot topic for the electronic music community since its inception. A scene thrust from the underground, where counterculture was the only culture, has bred a lot of misconceptions and stigmas around “ravers” and the community that enjoys electronic music.

Many of these stigmas are either outdated or purely false. When you take a step back and look at all music, or even society in general, you will see that drugs aren’t an issue just within the electronic music community, they are an issue within all music and in society in general. In an effort to aid those who wish to live a clean and sober life, many organizations have begun offering help to those in need. Considering the stigmas surrounding the electronic music community, it may be hard to envision such an organization operating at music festivals. However, this leads us right to the doorstep of Q Brickell and the inception of Harmonium, a community of passionate music lovers who choose to remain clean and sober at festivals.

Q Brickell, and the community he has helped build with Harmonium, strive to offer a space where people in recovery have a place to clear their head, listen, and talk to their peers. This is a necessity for many at festivals, as many people don’t feel comfortable going to shows sober when they used to only partake in the experience under the influence. With the help of Harmonium, people don’t have to take drugs to feel like they’re part of the festival community.

“For many recovering addicts getting sober, especially young adults, they feel like they’ve lost their identity,” Brickell informed us. “For many of us shooting dope, dropping L, or smoking a half-ounce a day is all we know. So when my buddy and I got sober, we rebuilt our identity around being sober, young, and going to see music.” This provides insight into the mental state many people, including Brickell, experience when going to festivals sober for the first time.

Before getting sober, Brickell had quite the run with drugs. With two short stories, he painted a very vivid picture of his experience with drugs and music with very few words. “At 17 I got sober. Prior to that I was a wreck. Without being too graphic I can explain what this means in two stories,” he began.

“I found a ticket to a Pretty Lights show after I got sober. The show was 60 miles away. I have no recollection of buying the ticket, driving to the show, attending the show, coming home from the show… but the people I was with did. When I got to California I had carved ‘LSD’ into the top of my left hand and ‘Red Xmas’ into my right arm. Drugs had been the only thing in my entire life that made me feel better, and they stopped working.

“When I came to California I didn’t know anyone,” he continued. “I didn’t know how to live, and I was scared. Not that I would die, but that I would have to keep living like this. I could see only two options: out or through. With the people that surrounded me I chose through. My father has always said that no one in life is successful unless a lot of people want them to be successful. The corner of my ring was packed from day one. Music gave me strength, the men and women I met gave me direction and assistance. We all need people, every one of us.”

Having moved to California to essentially start a new life, Brickell was determined to prove that drugs weren’t necessary to shape his identity. He set out to, as he said, “leave a legacy of altruism in the music industry.” While struggling through his sobriety, he attended shows to help surround him with the familiarity that electronic music offered. Little did he know, his sobriety and his interaction with that community would become his calling.

“I was at a Rusko show in 2012 at what used to be The Music Box (now The Fonda) in LA. A dear friend of mine and I had been going to shows consistently,” Brickell recounts. “We were trying to be sober but trying to be underground bassheads. It was incredibly dangerous and on this night, for some reason, it became apparent to us. We were in the smoking section under the infamous green awning that used to be there. Blunts and booze were all around us. We were on shaky ground. Suddenly from the other side there was a cheer from a small group. Some other person we had never met or seen was celebrating their one year sober at a Rusko show!”

This proved to them that there was a need for sober safe havens at electronic music events; a place for people to feel like they fit in within a community where they might be considered outliers. Borrowing ideas from The Wharf Rats and Yellow Balloon Groups, 19 year-old Brickell and his buddy drafted a proposal and sent it off to Superfly Entertainment, the company that runs Bonnaroo. It was received with tremendous support from the group Soberoo. This led to further festivals, more Harmonium board members, and many more attendees at their designated sober support tents. The festivals they partner with brand Harmonium using unique names to make it easier for fans to find – for Insomniac they are Consciousness Group, Lightning In A Bottle is Lightning Without A Bottle, Lock’n they are Sober Lock’n, etc. 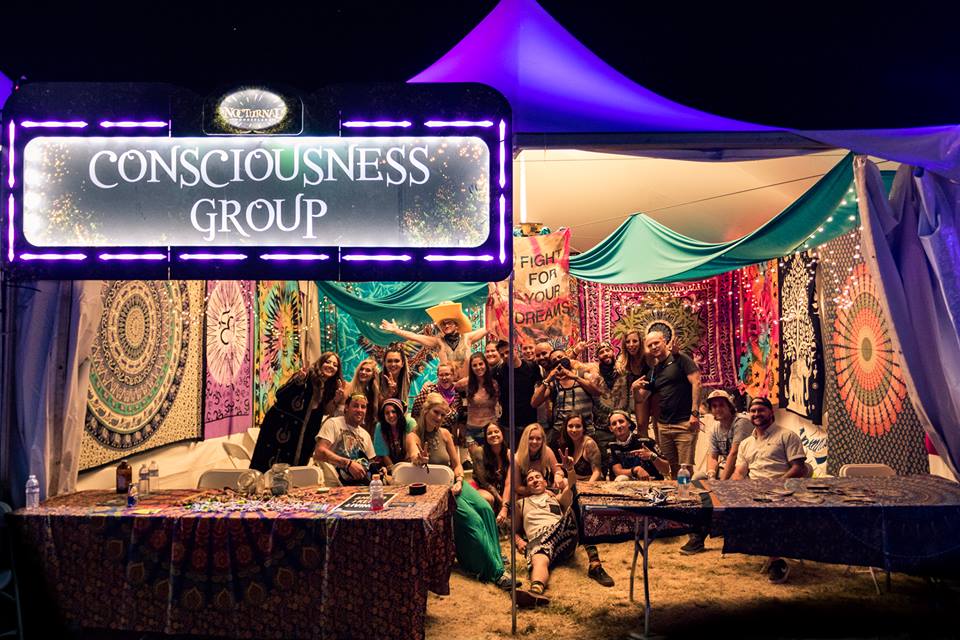 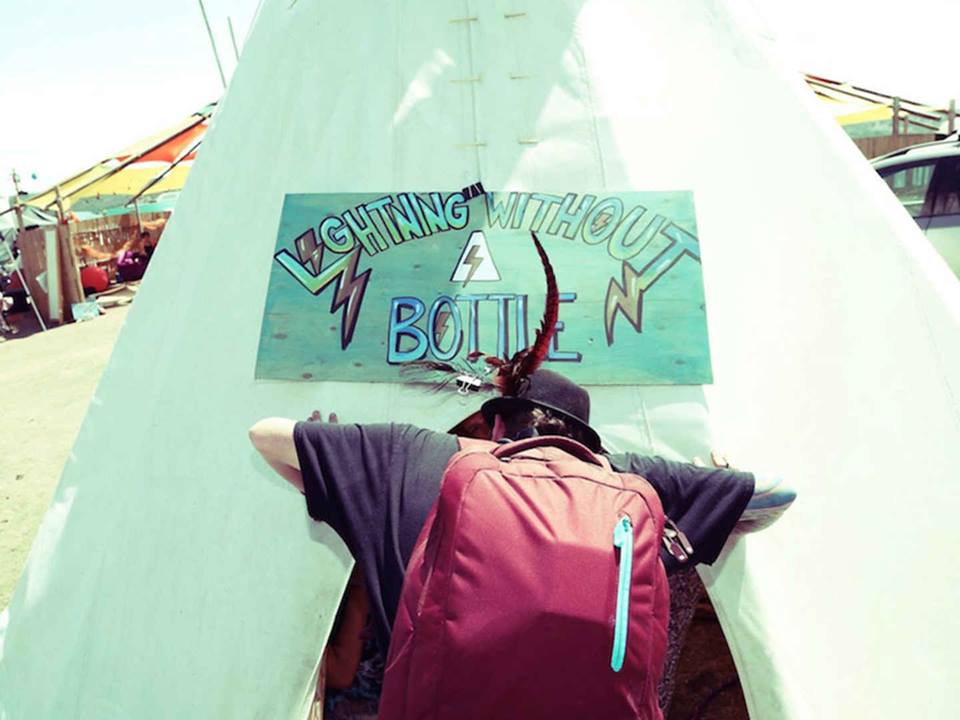 Now in 2017, Harmonium and the sober support groups they set up can be found at 20 festivals and counting. But, the road from Soberoo to now was not an easy one.

“The real struggle is getting past some stigmas a small selection of attendees have. We have had people pour beer on our table. We have had people flip us off. We have not been well received by everyone because some people see us as a buzzkill. We all tell ourselves and all our volunteers that these are likely the people who need us the most and that gets us through it every time. We aren’t there to be liked by all, we are there to be helpful to some. We would never judge someone for drinking or using, so please don’t judge us for not drinking or using. Plain and simple! It’s not always easy but every challenge has proven itself to be time worthy, again and again.”

Brickell mentions that Harmonium wouldn’t be possible if it weren’t for the volunteers that strive to alter those stigmas into understanding. With a list of hundreds of volunteers from several countries, it is evident that Harmonium is a much needed sanctuary for many festival attendees worldwide. To further prove that the folks at Harmonium are in it for the right reasons, Brickell informed us that, “No one at Harmonium has ever taken a paycheck from the organization and never will.”

As they move forward, Harmonium has some big visions for the future. He wants to create an event similar to that of Light Up The Blues hosted by Autism Speaks. He wants, “An event with live music, education, entertainment and heartfelt moments all wrapped up into one. An event where the proceeds go to fund treatment for young adults from every kind of background. I’d like to leave a legacy where the next, better version of myself will be given the chance they don’t even know they need.”

If you found the story of Harmonium inspiring, you can get involved! Check out their volunteer sign up sheet here, or drop by one of their tents at the following events:

EXCLUSIVE: PRXZM Shares A New Batch of EDM Valentine’s For 2017

EXCLUSIVE: PRXZM Shares A New Batch of EDM Valentine's For 2017