The tour will consist of 12 dates across North America with headlining shows in huge cities like Los Angeles, Denver, Boston, Chicago, New York,  Philadelphia, New York, and San Francisco with more dates to be announced.

The tour coincides with the release of a brand new collaborative single between WRLD & SMLE titled, “Stranded.” The track will be coming out via Heroic Recordings.

Check out what the WRLD & SMLE had to say about the tour.

“We’re beyond excited to show everyone our brand new live set as well as all the new music we’ve been working on. We’re big fans of each other’s music and also can’t wait to show you “Stranded!” 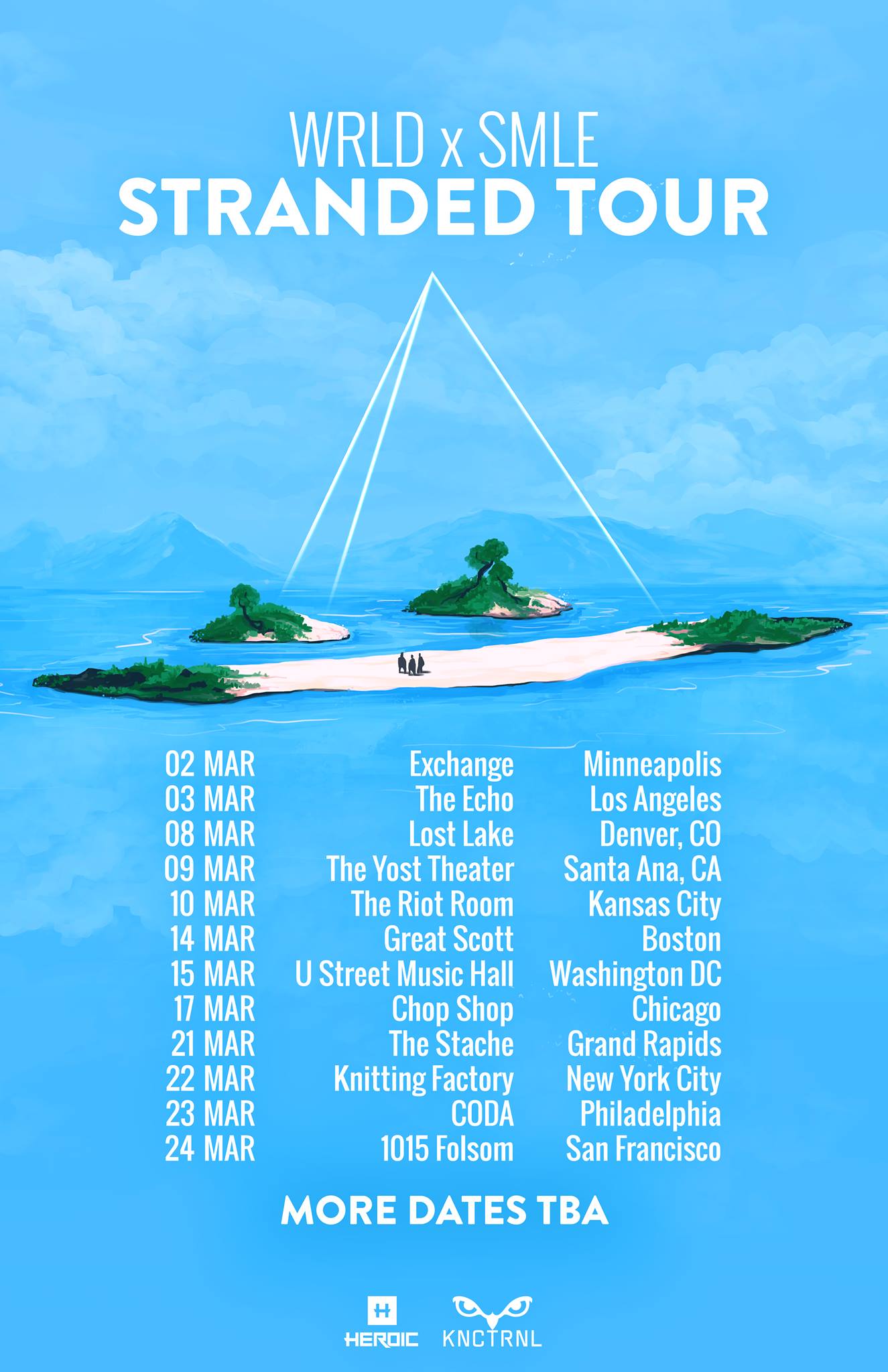 EXCLUSIVE: PRXZM Shares A New Batch of EDM Valentine’s For 2017