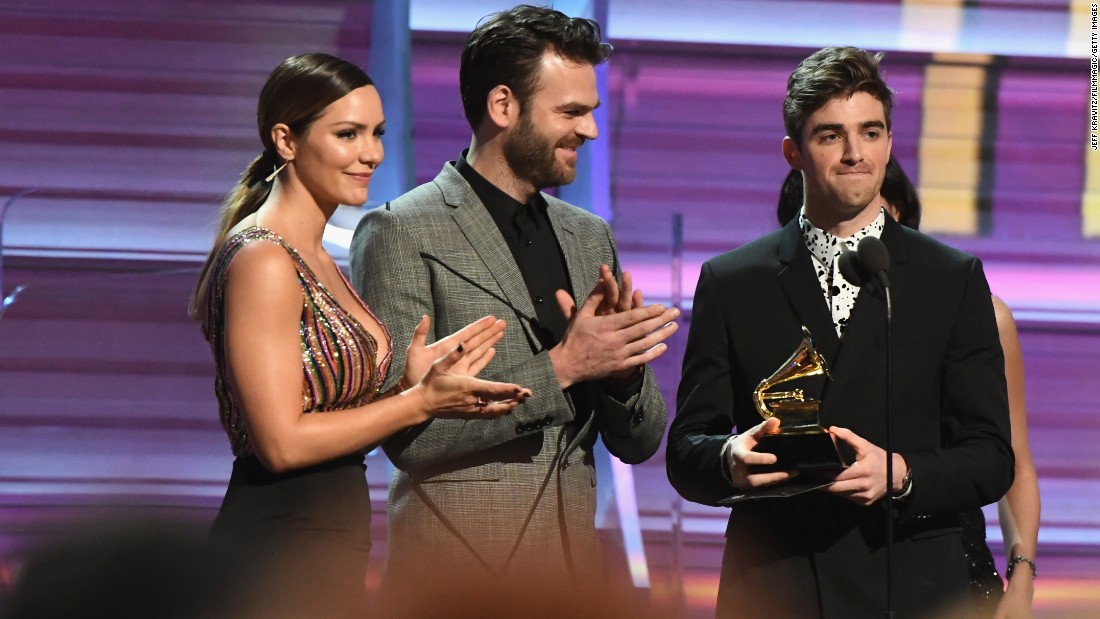 The Chainsmokers won their first ever GRAMMY yesterday, in the Best Dance Recording category, for their song “Don’t Let Me Down” with Daya. They also presented the award for Best Rock Song, which ended up going to David Bowie for “Blackstar.” As Bowie passed away last year, The Chainsmokers accepted the award on his behalf.

Both of these events combined, it seems, sent a lot of people into a rage spiral. Twitter lit up with comments from plenty of people who were entirely disgusted or unhappy with their award, with their presence, with their… everything. Not featured in this article are the multitude of tweets from those like Zedd, Demi Lovato, Laidback Luke, Showtek and more who congratulated them on their win.

On winning a Grammy:

How did the chainsmokers win a Grammy #GRAMMYs pic.twitter.com/kjQ2eOj7H6

The Chainsmokers officially now have a GRAMMY. 2017 is cancelled. #GRAMMYs pic.twitter.com/BW93ejlqJ8

I'm not understanding how The Chainsmokers got a GRAMMY before Biggie, Tupac, Nicki Minaj & Katy Perry. pic.twitter.com/uxsRPC8Rl4

When do The Chainsmokers win their award for "best song you always hear on the satellite radio preview channel but don't know who sings it"?

On accepting David Bowie’s award on his behalf:

The Chainsmokers just accepted an award on behalf of David Bowie, if you needed another reason to believe life is a sick joke