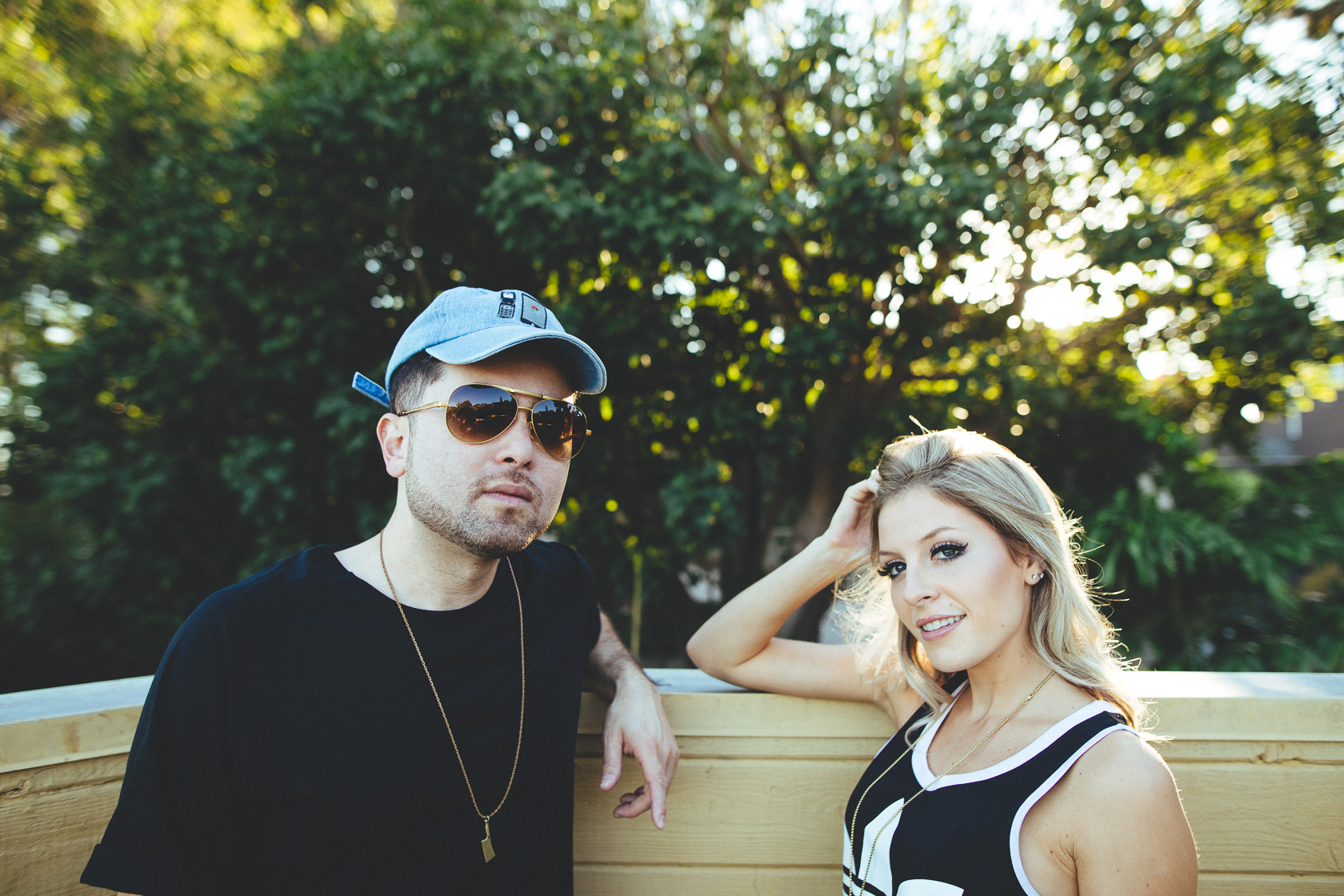 After releasing the emotional single “Easy Go“, we caught up with Grandtheft and Delaney Jane to talk about the creation of the track. We wanted to get a better picture of what it was like for the duo to work together and what their individual creative processes looked like. We also had the chance to talk about how to break through a saturated market, what it takes to make it in the industry, and what their thoughts were on the current political climate. This interview was definitely an interesting one.

For both of you, “Easy Go” sounds like you guys hit it off with some pretty great chemistry in the studio – Could this be the start of something special?

“It was a fun and organic experience creating this record with Delaney and Shaun. I have a lot of respect for them both as writers and good people… so you never know! We are currently working on an acoustic performance of ‘Easy Go’ which is really fun.” – Grandtheft

“I was a fan of Grandtheft’s work long before we met, so it was pretty special for me when he first reached out asking if I wanted to collab. He’s an extremely talented producer and a straight up genuine human being, which made working together such a breeze.” – Delaney

Delaney, what sets Grandtheft apart from all the other producers you’ve worked with?

“Definitely the amount of open and honest communication between us. It wasn’t just one of those scenarios where I record the vocal, send it to a producer and wait to hear the final product. We went back and forth so many times, giving each other feedback and really working together to fine-tune everything so we both were happy with the end result. It was great being so involved creatively throughout the entire process. In a perfect world, every collab would work like this.” – Delaney

Grandtheft, what do you think is the best part about working with Delaney?

“Delaney has a really natural, honest quality to her songwriting and delivery. It is effortless and relatable. I think this is a big part of why this song is connecting with people everywhere.” – Grandtheft

Delaney, what do you consider to be the biggest challenge for vocalists in such a competitive scene?

“I was hesitant to say this, but in all honesty it’s being taken seriously as an artist in the industry. During the explosion of EDM, when big room house blew up, it seemed like vocalists became very expendable while DJ’s often received the most recognition for the songs themselves. I’ve had to work really hard to get to where I am and to be recognized as a singer, songwriter and performer, not just a featured vocalist.” – Delaney

Grandtheft, you have quite a heavy tour schedule. Do you like the thrill of touring or do you find it be more taxing?

“My tour schedule has been insane for the last few years. Almost 200 shows per year. It is so fun and inspiring to be on the road connecting with new places, cultures and music as well as meeting the people who support my music. It is crazy taxing on the body and mind, though. I hit my limit a few times over the past few years and right now, my team and I are trying to carve out more time to write. I am in a much better headspace to make music after a couple months of slightly less crazy touring. The spring and summer is looking very busy with shows again though!” – Grandtheft

For both, could you both elaborate on what it’s like to try to make your voice/art heard in such a saturated scene?

“Honesty and making music that you really feel is always the way. I am not interested in trying to fit in too much. You can’t control what people like and don’t like. I can only do right by me and make music I’m excited about. I put my heart into my Quit This City EP and it was mellow and vibey and didn’t get the same attention some of my more hype stuff gets. But, it’s important music I needed to make. I still love it and know that it will stand the test of time for me. Then we made this song ‘Easy Go’ which has that emotion and honesty, too. And its Top 40 on US radio charts right now. That’s way beyond the pop attention I ever expected! These are both success to me, though. The point being, you gotta just do you, make the best music you can without paying too much attention to the clutter out there. Being honest and creative is what will more likely make you heard and satisfy you in the long run.” – Grandtheft

“First of all, you can’t worry about what other people are doing. You just have to be honest with yourself and honest in your work and let the music speak for itself. Don’t be afraid to BE a perfectionist, quality over quantity, always. What’s also really important to me is personally connecting with my fans beyond the music. For me that means sharing poetry I’ve written on IG, being a complete goof on Snapchat, responding to my fans as much as I can, staying an hour after my show is done to give hugs and meet everyone. I’m just as much a human as everyone else and at the end of the day we all go through the same sh*t. I think being real with the world is the best way to be heard.” – Delaney

Grandtheft, if you wouldn’t mind, give us your thoughts on President Donald Trump…

“As a Canadian and global citizen, here are some things I do NOT stand for and will fight against: xenophobia, racism, violence against women, gender inequality, men limiting women’s rights, ludicrous climate change denial, war on the poor middle class, unaffordable health care, deregulation of corporate greed, religious persecution, silencing the free press, and greedy old white men. Many of these are core things that Donald Trump and his government has campaigned on and others he supports vocally and/or with policy. Plenty of his executive orders and high-powered appointments to positions of power are already having really negative impacts on America and the world. Positive change and progression takes time. It took the Obama administration two terms to get done some of the positive changes that Trump is carelessly scrapping in a matter of weeks.

As much damages his actions will do, his voice of xenophobia is also emboldening hate and racism worldwide. We all see it happening. Hate that once lurked in the shadows is coming out in racist actions across America and Europe. It scares me for our future. I have seen people far away from America caring enough speak up, protest and rally against Trump and his actions. Lots of folks and artists I know are doing the same, but the American people need to unify to let the Trump government know that this stuff is not OK. Even for those who supported Trump hoping for a change… If you truly stay up on the daily actions taken by the president and his chosen circle of old, rich, corporate executives, it’s high time to admit that this isn’t going to end well. It is truly going to f*ck up the future and it’s all going to affect the youth more than anyone. Pay attention to what is happening and stand up for what you believe is right.” – Grandtheft

On a much lighter note, on the heels of the success “Easy Go” has seen, Grandtheft is launching a new world tour! Featuring many dates in North America, I’m sure Grandtheft will be hitting a city near you.

Check out the dates below: