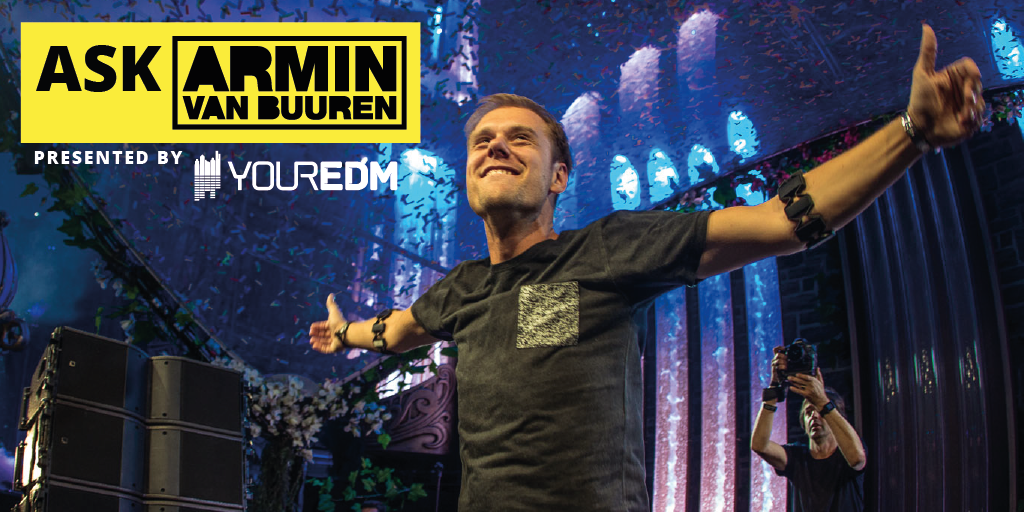 Armin van Buuren, as a figurehead in both dance music and trance, is undeniable. His presence has spanned at least two generations, and his music has touched the hearts of millions of people across the world. Whether it’s his label, Armada, his traveling podcast/tour, A State Of Trance, or his own original productions, or his massive Armin Only shows, he’s left an indelible mark on the history of dance music.

It’s only proper that he would then give his time to answer some in-depth fan questions via the asQme platform, which lets fans submit questions directly to their favorite DJs for them to answer. Some of our favorite answers and questions are below, but you can see all of Armin’s responses here.

Armin says there is no new album planned this year, but plenty of singles in the works:

Armin says the Armin only tour has been “financially the worst decision I ever took” but creatively it’s the most rewarding:

Armin reveals his plans for after “The Best of Armin Only” tour:

A new GAIA track will be on ASOT 2017 compilation:

Armin van Buuren says he always recognises the faces of his fans at the front when he plays:

Armin reveals the best gift he ever received from a fan: