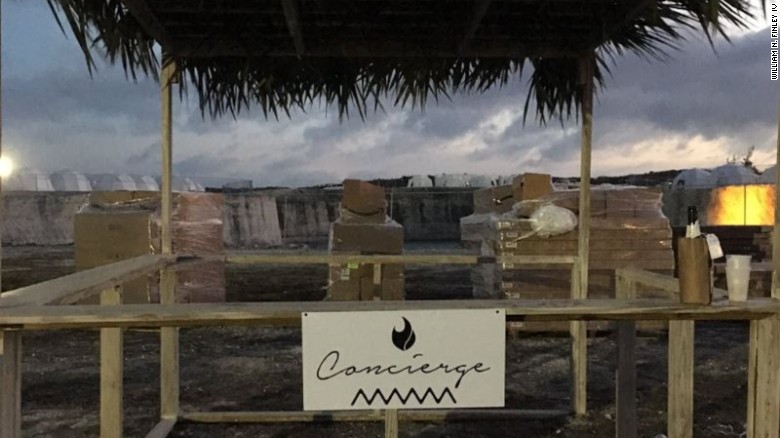 In the debacle that has engulfed the entertainment industry in a vortex of confusion and debauchery, the “professionals” behind Fyre Festival are in the middle of seven different lawsuits tied to the catastrophic event they tried to hold back at the end of April. From leaving guests stranded without transportation on the wild dog-infested Sandals Resort island to the “luxurious accommodations” made from USAID tents for hurricane relief, Fyre Media, its owner Billy McFarland, and co-founder Ja Rule have been facing waves of criticism for what could be the biggest fraudulent music festival fiasco of the past decade. It now appears that company’s employees will not be receiving their payrolls after McFarland himself broke the news in a teleconference.

According to audio exclusively acquired by Vice News, Billy McFarland told employees of Fyre Media that none of their work over the previous two weeks would be compensated. Although, McFarland offered his employees the “opportunity” to stay with the company and continue to work pro bono.

“After conferring with our counsel and all financial people, unfortunately we are not able to proceed with payroll. We’re not firing anyone, we’re just letting you know that there will be no payroll in the short term.” – Billy McFarland

This came as a shock to employees who spent those two weeks sorting out the mishaps by offering customers refunds or the chance to use the money they spent on a ticket for a possible Fyre Festival 2018. This is the same staff that worked on Fyre Media’s app designed for building a repertoire of celebrities and entertainers for ease when booking different talents months before disaster struck with the music festival.

Meanwhile, Ja Rule played a less significant role as a listener during the call and at one point chimed in by saying, “I’m on the phone but I can barely hear you all because of this fucking hum.”

With the lawsuits piling up and the fingers pointing at McFarland and Ja Rule, who knows how the 25-year-old C.E.O. and hip-hop mogul are going to face these serious charges. Now after telling employees they have nothing to pay them for their hard work, more lawsuits should be dropping on their door.