As far as HARD Red Rocks lineups go… this one is just a tad underwhelming. With the past three years featuring lineups like Nero, Dillon Francis, Rudimental, and Dog Blood, Porter Robinson (live), The Glitch Mob and RL Grime, SAVOY, Keys N Krates (2014, 2015 and 2016 respectively), it seems like Gary is counting on Dillon to push most of the ticket sales.

Certainly, you could call Dillon Francis’ appearance in Colorado infrequent, as his last show at Red Rocks was at Dead Rocks in 2015, and he played one Colorado festival last year. So for any Colorado fans who aren’t keen on traveling out of state, this is a major opportunity for them.

Tickets are on sale this Friday. 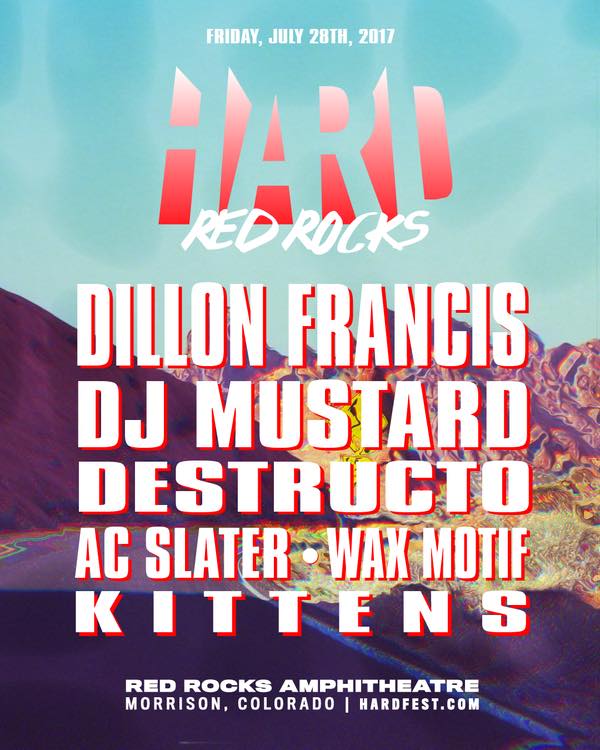