III Points has gone from small, local festival to large, national headline-grabbing event in a matter of five years, no small feat for an independent festival that thrives on booking engaging, thoughtful lineups. For its fifth year, III Points has a hit a huge home run with its lineup, spanning the usual genre curation of indie rock, hip-hop, house, techno, IDM and more, but with its biggest acts yet.

Headlining the festival this year are a massive trio: indie band-gone-headliner The xx, featuring III Points alumnus Jamie xx, legendary band Gorillaz and Nicolas Jaar, another III Points favorite returning for a live set this go-around. The undercard packs a punch as well, with hip-hop acts such as Danny Brown, Lil B, Skepta and more, techno titans like Richie Hawtin presenting his CLOSE show, #2 Resident Advisor DJ Jackmaster and crossover force The Black Madonna, indie acts with psychedelic band Melody’s Echo Chamber, jazz/hip-hop masters BADBADNOTGOOD and Hundred Waters, and even an appearance from Ms. “Whip My Hair” herself Willow Smith.

Scheduled for October 13-15, III Points is set to once again transform its venue of Mana Wynwood into a multisensory haven for amazing music, art and technology. As regular attendees of the festival, we cannot wait to return. Head to the III Points ticket website to purchase tickets and view the full 2017 lineup below: 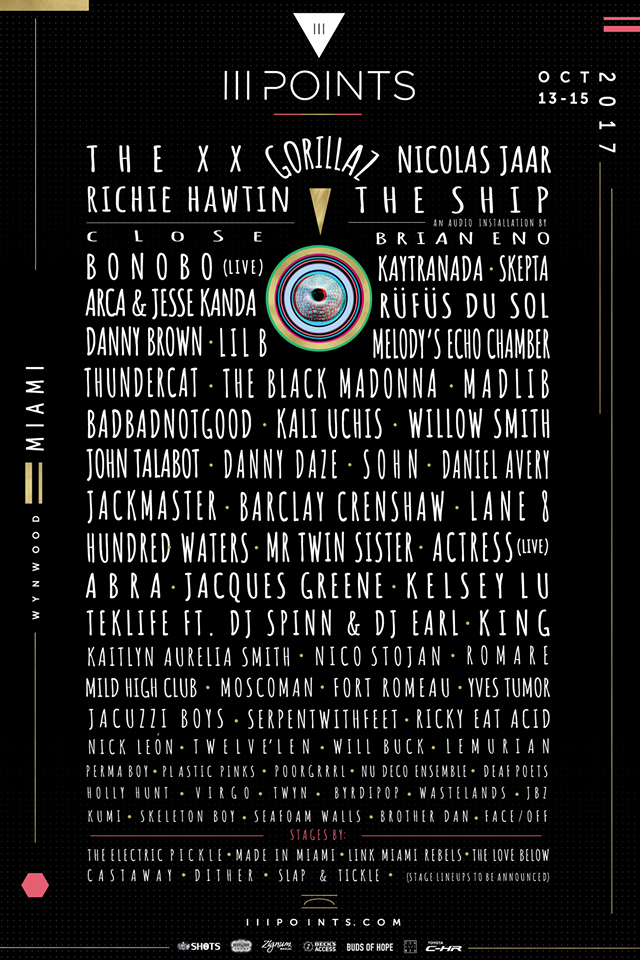 Tomorrowland Launches 2017 TML Fashion Line, and We Want to Buy it All

Tomorrowland Launches 2017 TML Fashion Line, and We Want to Buy it All