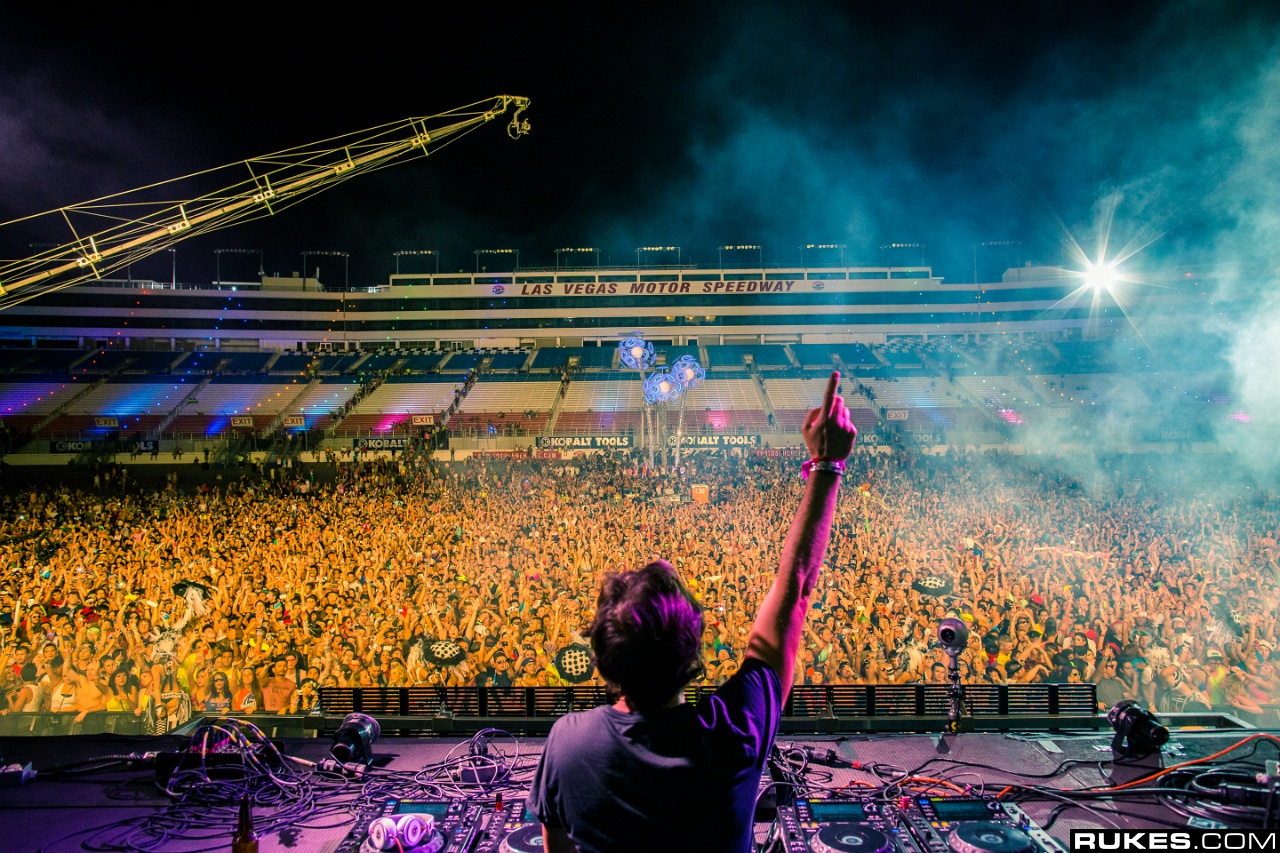 There are only 30 days until EDC Las Vegas! Can you believe it? With the lineup out, and more information about the festival slowly being revealed, it was only a matter of time until we got a taste of the Gaia theme from the main stage.

The teaser comes direct from EDC founder Pasquale Rotella, who posted an image on Instagram of him walking through a warehouse with a massive hand, likely to be a part of the kineticFIELD main stage in Las Vegas. With last year’s incredible daisy installation front and center on the stage, we can only imagine what this year’s stage will feature (other than copious amounts of fire and lasers).

In other new, EDC has revealed details regarding this year’s live stream of the festival. Insomniac will partner exclusively with Red Bull Media House for the live stream, which will take place all weekend across two channels. And unlike Ultra or Coachella which take place primarily during the day, EDC takes place mostly overnight, and the live stream times reflect this: from 11:30 p.m. ET / 8:30 p.m. PT to 8:30 a.m. ET / 5:30 a.m. PT. Eek.

The Red Bull TV curated artist lineup and broadcast schedule will be announced at the beginning of EDC Week in June. Watch the live broadcast June 16-18 on the Red Bull TV app – available on mobile, your Smart TV and connected devices as well as online Redbull.tv/edc.

“To be able to share EDC Las Vegas with millions of fans around the world is an incredible feeling,” said Pasquale Rotella, Founder and CEO of Insomniac. “With Red Bull TV as our partner, we’re able to bring the energy and magic of EDC to a new audience. We hope to inspire them to join us one day by giving them a glimpse of an amazing experience.”

Can't make it to EDC? Join us in spirit as we go Dusk till Dawn! Experience the magic of EDC Las Vegas 2017 LIVE on Red Bull TV, Facebook & YouTube! 🎥 🎉 🙌