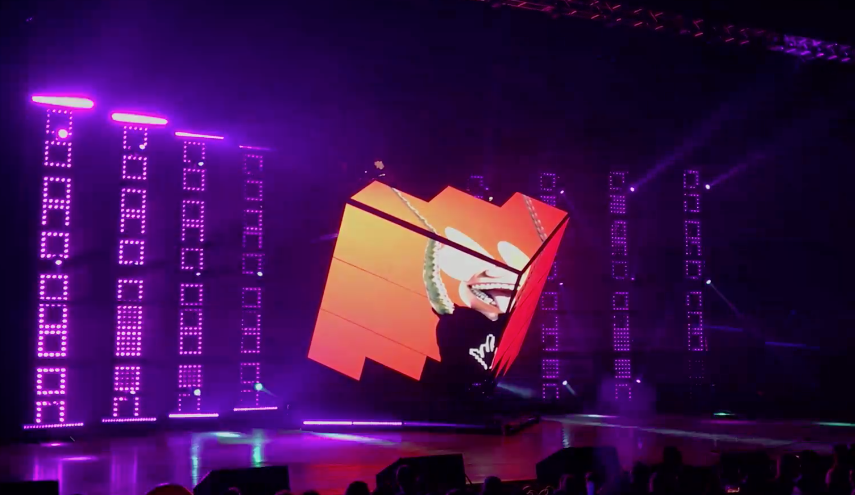 Deadmau5‘s Lots of Shows in a Row tour was a stunning visual success, thanks to his groundbreaking Cube 2.1 that wowed crowds across the country!

Now, the mastermind behind the mau5 head, Joel Zimmerman, has more cube-like plans to reach even more audiences. While the Cube Lite version features a smaller and more manageable set up, sans motor to allow Deadmau5 to tour even more venues, he’s also developing an “unhooked” cube that will allow for even more flexibility.

so, plan today is to make an "unhooked" version of a massive cube show. So i can play whatever the fuck whenever the fuck.

well, one option is to replace the FOH console with a couple of djm mixers… cube visuals would sync fine, light guy would have to busk it. https://t.co/yM4FDe2Xiw

If you missed out on the Lots of Shows in a Row tour, ! Check it out as we await more tour dates with Cube Lite and Cube “unhooked!”

UPDATE: Due to a claim from Deadmau5, the full 2-hour video has been taken down. You can still see an HD video of the new cube here.