Slushii Deletes All His Tweets… Except One

by Christian Naccarato
in EDM News

Slushii is one of the fastest rising producers right now. Just over a year ago, fans of dance music were excited about the new, talented producer coming onto the scene. He released a few tracks in a few days, and quickly proved himself as force to be reckoned with.

On top of the world recently, Slushii has since put out a ton of music, and has been touring quite heavily. Unfortunately, … he just deleted every single one of his tweets, except for one: 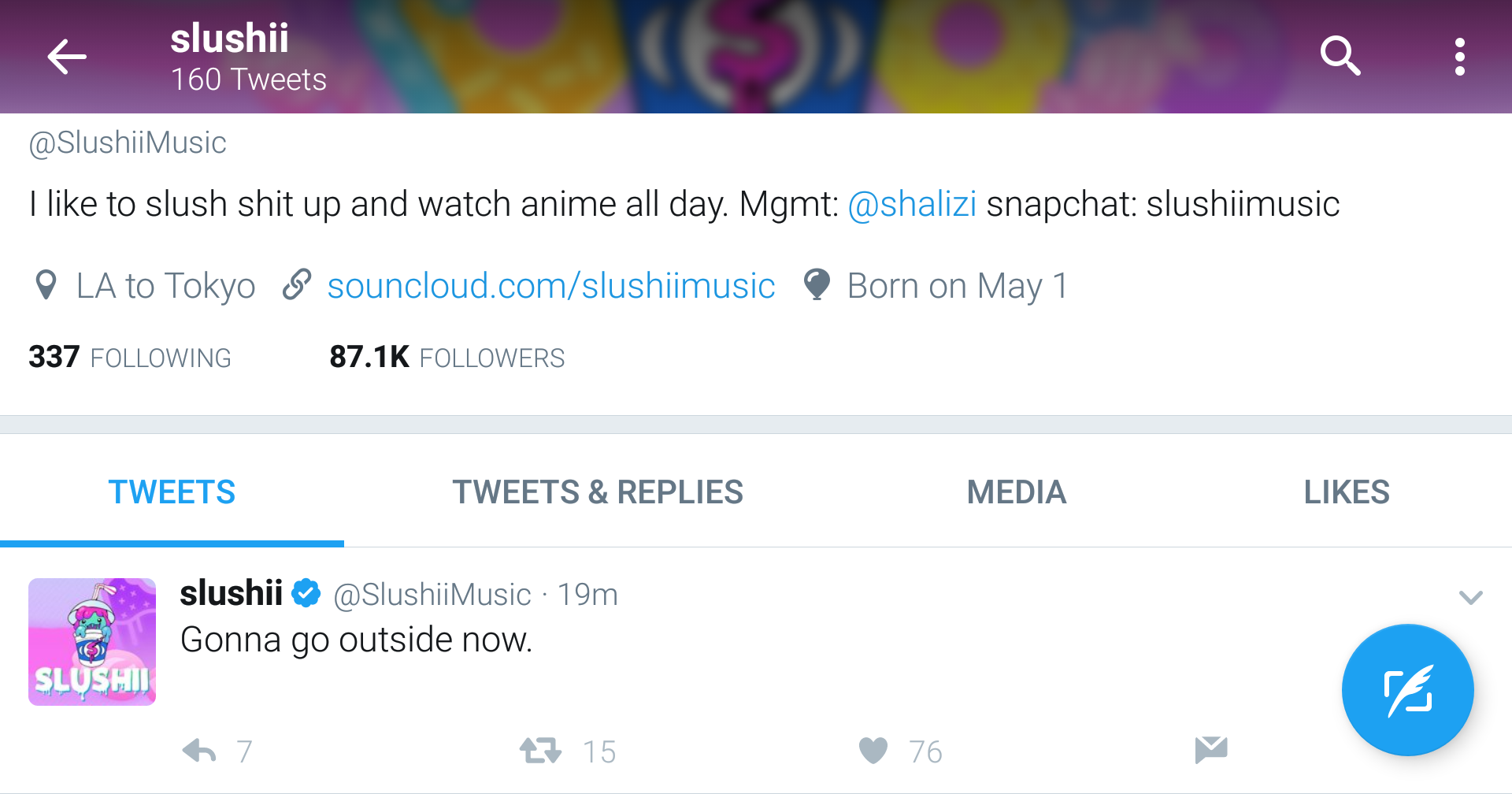 Slushii is doing just fine. Sometimes it’s necessary for a producer to put away “toxic” social media apps, as he said in his own words, to focus fully on music. And if that means new material, we’re all for it.