April 13, 2017 was the final Havoc event at Yost Theater in Santa Ana. Headlined by Hucci, it was an emotional night for all, but not least of all for promoters White Rabbit Group and owner of Havoc, Brandon Owen.

Today, Havoc has announced its glorious return at its new venue, House Of Blues Anaheim. With a much larger capacity and more experienced staff, Havoc events are bound to be infinitely more enjoyable for fans and influencers alike. Furthermore, the lineup for the first Havoc event at the new venue has also been revealed and it’s a doozy: UZ, Protohype, Gladiator, Alexander Lewis, and Trill Zilla.

Tickets are available now for the low price of $15 – get them here. 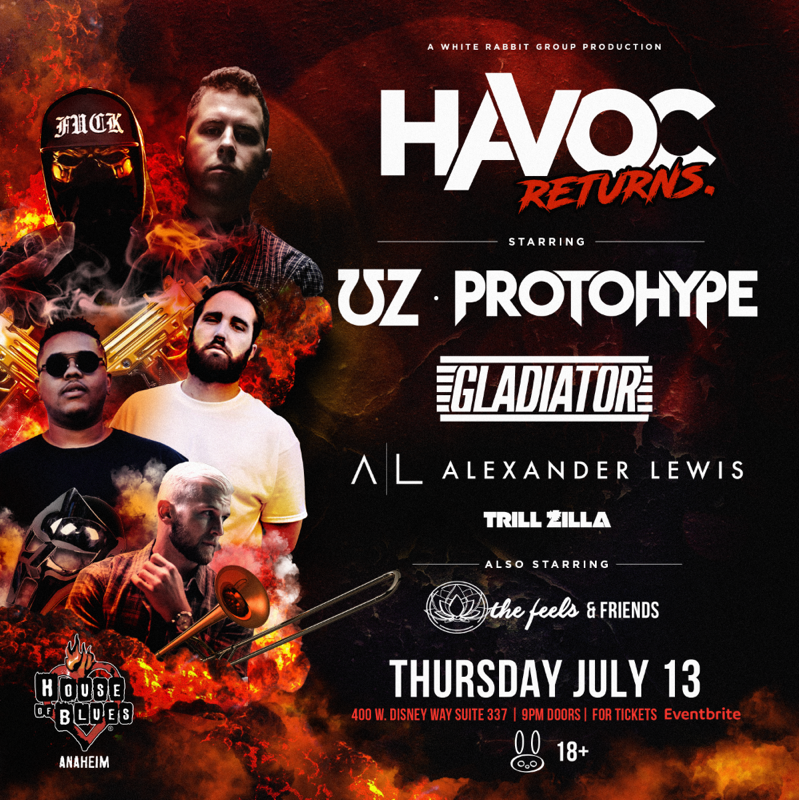