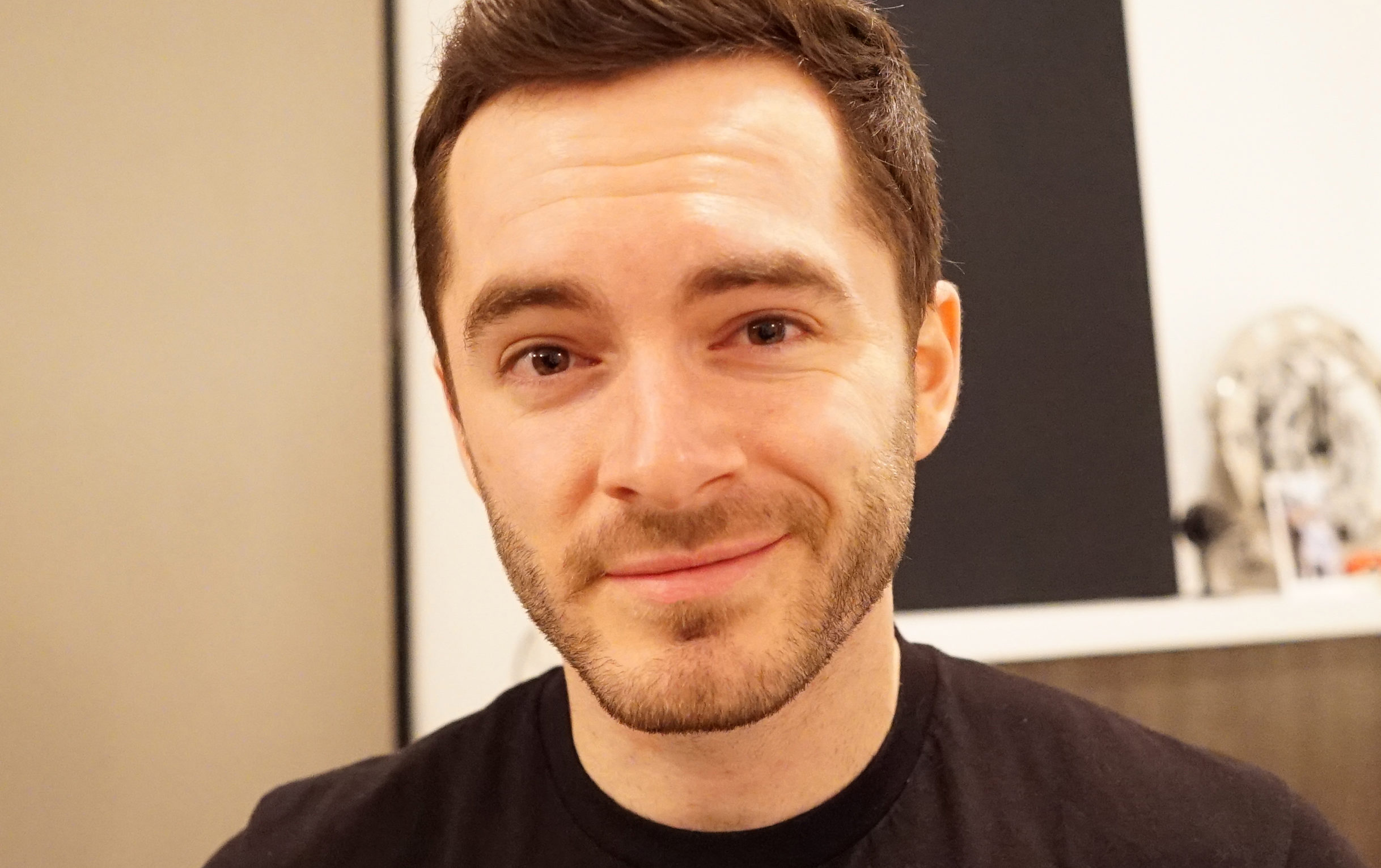 When celebrities cross over into the EDM market, most tend to face some serious backlash, that much is common knowledge at this point. While not every pop culture character icon going down this road has faced the same kind of universal discrimination as someone like Paris Hilton, these stars are almost always criticized harshly for their attempts and are hardly given a chance to grow or improve.

For Jordan Maron, however, the seas have been a bit calmer. Though Maron is a known mobile game developer, a Forbes 30 Under 30 feature, and is rocking almost 3 billion total views (and close to 10 million subscribers) on his YouTube channel CaptainSparklez, the press coverage on Maron’s musical endeavors has been almost nonexistent.

While Maron’s self-produced music hasn’t gained the same kind of traction as his Minecraft music video parodies and video game “let’s plays,” this lack of extreme exposure has given Maron time to use constructive criticism in a positive way and generally improve as a music producer. The YouTube personality uploads his music on his promotional channel (the fittingly-titled Maron Music), which also serves as a home for house & trance tracks from a variety of different labels.

His newest release is an original entitled “Crusade.” The track seems to be channeling a darker – yet still melodic – trance sound, similar to much of Above & Beyond‘s newer music. Check out the single below:

Humble as always, Maron sat down with us to talk about his love for electronic music and his place in the music industry.

In regards to producing music, what made you want to take up this path?

I had listened to electronic music – progressive house and trance in particular – for such a long period of time (it’s probably been approaching 10 years now), and occasionally I would hear a song and I would be into it … maybe it hit the drop and I’d be like “something just didn’t satisfy me about that,” but I couldn’t do anything about it, I didn’t know how to produce music. So I was like “What if I learn how to do it,” so that if a situation came about like that I would actually … know how to put [my ideas] into an actual sound … I figured that it would sort of be a natural integration since I post these YouTube videos already that I can show people music, see what they think about it and go from there.

In your releases thus far, you’ve hopped back and forth between different styles of house and trance. Is there any particular subgenre that you feel most comfortable in right now?

Currently, I guess I listen to trance the most out of all the different genres (big listener to A State of Trance, I listen to that each week when it’s released). That’s certainly what I’m most familiar with an therefore I guess I feel comfortable approaching that genre, progressive house sort of being just second to that. I have a song that’s in in the works – that will go into a music video that I’ll post on the main gaming channel – and that’s almost taking more of a poppy sort of approach. I guess the similarity that runs through all of them is just being melodic. I’m not so much into more heavy sounding loud noises, I like to make sure whatever I’m making has a good, calming, soothing melody to it with a nice lead riff in there. I’d say that’s the thing that strings it all together. I don’t know what I’ll end up settling on as time goes by, I’d like to think I can jump back and forth, but who knows, we’ll see. I don’t want to pigeon-hole myself just yet.

It’s known that the trance duo Eminence helped out with your debut single “Moonbeam.” Can you see yourself working with them again? For a Monstercat release perhaps?

My only hesitancy in working collaboratively with other people is I don’t know that I’m “there” yet, skill level wise. I don’t want to hold anyone else back or make it seem like I’m piggy-backing off of their skills and then adding my name to the track. That’s why I’m still just focused on doing things solo for now, but certainly if down the road I get to the point where I feel comfortable enough and they were willing, absolutely! I’d be happy to work together, but just want to make sure it’s at the right time.

Should fans be expecting a lot more music to be coming throughout 2017?

I guess I try to release things when they’re ready? It’s funny, I’ll kind of go in waves between… I’ll take a few weeks where I’m basically just working on the usual gaming YouTube stuff [or] other projects that may be going alongside that and I won’t touch music for a while during that period, then I’ll have some sort of moment of inspiration where I’ll think about how to tweak something I’ve already started working on, then I’ll go into FL [Studio] … get into a groove and I’ll be all about that and sort of ignoring the YouTube stuff more than I should for an extended period of time. It goes back and forth a little bit, but ultimately at the end of the day … because music is not my primary job or source of income, I have the ability to just say “Hey, I can work on it, it’ll be done when it’s done” and I don’t have to rush through it just trying to get a product out there. I couldn’t say how much more is going to be released this year. I aim internally to do every couple months, but whether or not I’ll be able to stick to it, we’ll see!

Are you learning DJ mixing in addition to producing? Would you ever consider being a touring artist?

Up until this point, I’ve actually never touched a turntable. Most of the people I’ve talked to who are producers/DJs say “Look, just focus on producing for now, get good at that. If the time comes where you’re approached with the opportunity to perform, at that point you should be able to fairly quickly pick up the skill.” Obviously there are different tiers of how intense you can get into your live performance but as far as the standard “mixing songs together,” it seems like something that I’d be able to pick up in a reasonable amount of time, from what I hear. Production is still the main thing. As far as as “Would I ever become a touring artist?” It simply depends if I ever had a track or tracks take off big enough to where that was even a possibility. A lot of my audience from the gaming stuff is younger than the age that would even be able to attend live shows, that’s not really something I could consider. If down the road, the more independent music following is able to build up, then we’ll see! I don’t really attend many live shows myself as an audience member, I’ve always said “Hey, I’ll do it when I’m actually performing.” I’m certainly open to the idea if it becomes realistic.

In your opinion, which producers are slaying the game right now? Who inspires you?

To name a few: Denis Kenzo … Aurosonic, Giuseppe Ottaviani, a lot of the people who do end up appearing on [ASOT] quite frequently. Gareth Emery, those sorts of acts.

What made you decide to start a music promotion channel? What has that experience been like?

I’m trying to sort of hedge my bets when it comes to music, in that I don’t know that I really expect my productions to ever take off. I enjoy making them and I’m not making them expecting that I’m going to become this multi-platinum massive artist getting millions and millions of views on all my uploads, it’s probably not gonna happen. But if I can also create a channel where I can also showcase other artists … If people can expect that quality content going up on the channel, I feel like it can eventually build up an audience that can not only raise the attention to my own music when I do post one of my own tracks, but has the potential to create something that is well self-sustaining and has the ability to show people cool music from artists that they might not have otherwise heard of. So far it’s been a fun experience! You know, it’s not getting the same amount of viewership as the gaming stuff does, but it seems to have a smaller audience that is happy with the content that’s uploaded on there.

Has it been challenging to grind out music on top of running three active and successful YouTube channels?

It can be difficult cause you’ll finish up a day and you’ll be tired after doing everything that you had to take care of for the other YouTube channels [and] other projects going on on the side and it’s like “Am I really in the mood to do music right now?” I feel like working on music is something that is such an emotionally-driven thing that you really want to be in the correct state of mind, otherwise you can just do damage to the project, rather than furthering it along … I’ll be able to sustain a high level of emotional engagement for like a five-day period at a time where ignore other obligations. I haven’t found a way yet to happily be able to work on it for a certain amount of time each day, that hasn’t been possible.

With yourself trying to move past being a “Minecraft commentator,” has your experience with that game and its community been something to cherish or more of a stigma?

That’s definitely still an ongoing part of my life. I have had a talk with a friend before who was like “You might have issues with the music industry, in that they’ll see you as ‘oh, he’s just the Minecraft guy, he’s not serious.'” It’s not necessarily something I’d want to be affiliated with … is it going to be seen like my music is affiliated with the Minecraft dude, do I want that? I’ve also heard enough positive feedback from other people who are actually music producers who are very supportive of it, and I feel like at the end of the day, the music will speak for itself. Even if I have a history of making these video game videos, these Minecraft videos, as long as the music is good, I think people will be fine with it … I would like to think it’s not really an issue and I will continue doing what I’m doing with the gaming videos.

You’re a bit past your 7 year anniversary with YouTube. Looking toward the future, where would you like to see yourself and your channel 7 years from now?

The internet changes so quickly … if you compare 1 year of evolution on YouTube it would almost be the equivalent of 10 years of evolution maybe in the past, in another parallel industry and a different decade … I have this idea in my head where the music channel is going great, my music has taken off and I am able to do touring and the like … have a cameraman who follows along with the daily activities, turn that into vlogs that go up on the vlog channel, I’m able to still produce videos in bulk that are able to go up on the gaming channel over time while I might be away doing shows… I’d like to think there’s a way to do that all. If the opportunity arises within the next 7 years, then cool! Beyond that, though, it’s hard to think further.

Jordan Maron’s “Crusade” is out now. Purchase or stream the track on Apple Music here.