For the longest time, all of Marshmello’s songs have been written by Marshmello, according to ASCAP, the American Society of Composers, Authors and Publishers. Along with BMI, ASCAP is a performance rights organization that helps musicians get paid. A performer’s name will be attached to a song or piece or work, and they’ll receive fees for that work.

This is why it’s important that the artist known as “marshmello” has been listed on all of his songs, such as “Chasing Colors” and “Keep It Mello.” However, thanks to a tip from a source, it seems that one of Marshmello’s songs, “Freal Luv,” with Far East Movement, Chanyeol & Tinashe, now lists Christopher Comstock as one of the writers.

Chris Comstock is, of course, the real-life name of producer Dotcom, who’s long been known to be the real producer behind the Marshmello project. While we’ve had a lot of circumstantial evidence surrounding Marshmello’s identity, this is the first actual business-related piece of evidence that supports the theory.

Of course, this shouldn’t change anyone’s enjoyment of his music, and 70% of his fans probably don’t even care. But for the rest of us, maybe this comes as a “told you so” moment to your friends, or just validation for yourself. 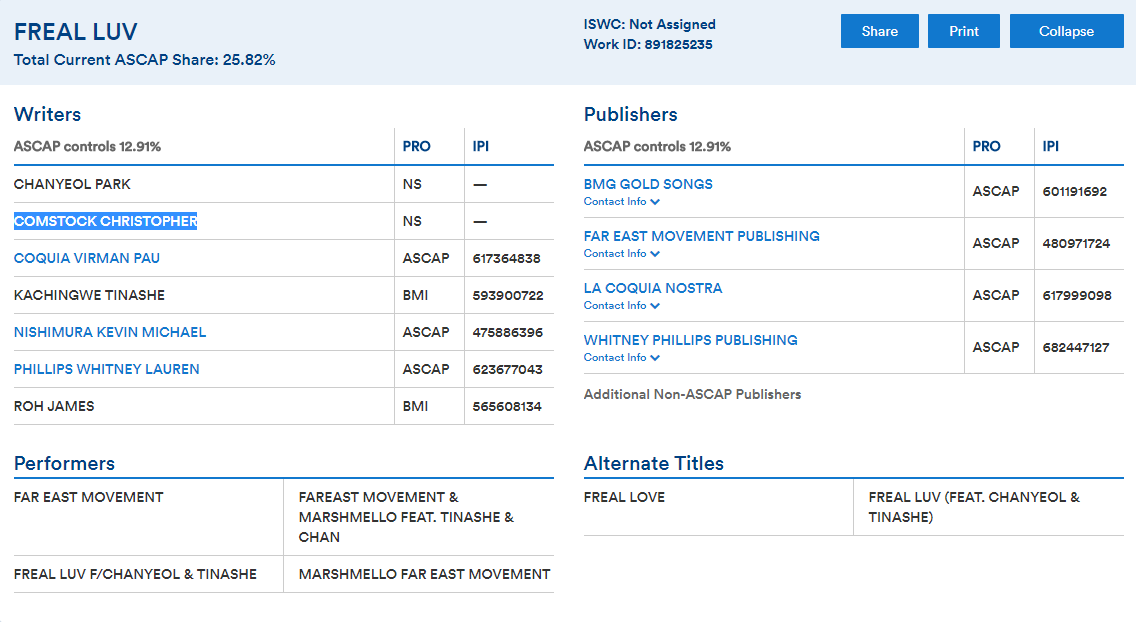 Listen to “Freal Luv” below.