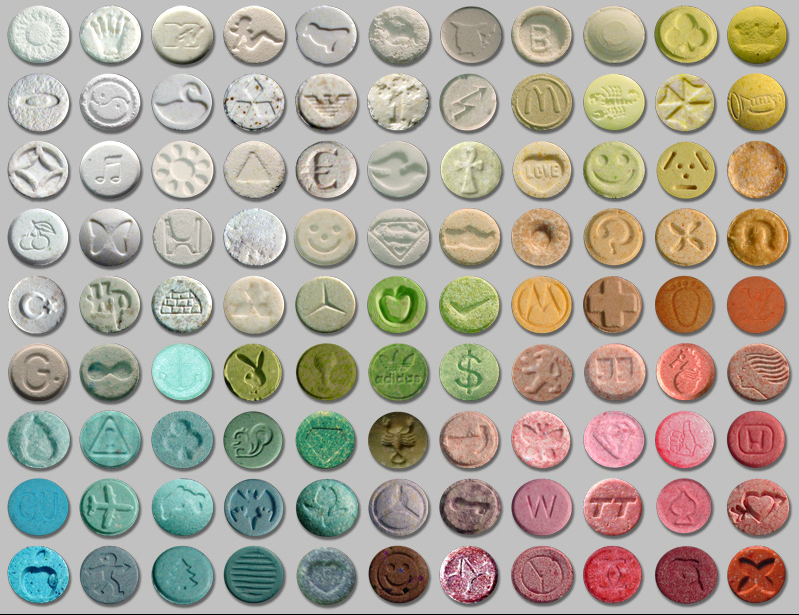 Even if ecstasy isn’t your thing, the Cara Delevingne lookalike poised as the focal point might grab your attention. The model’s “clone” appears to float while the thousands of ecstasy tablets halo her entire body.

‘The Spirit Of Ecstasy” is a collaboration between Schoony, Chemical X, and per a press release: “the British model and actress, who is a fan of Chemical X’s and already collects his work.”

Although Cara remains unnamed, the model’s features and tattoos are unmistakable — she “has been identically recreated – as a hyperreal silicone and fibre glass model.”

According to Trill Mag, the anonymous artist behind Chemical X is also attributed with creating the Ministry of Sound logo. His provocative work has also caught the eye of Fatboy Slim, and his Chemical X visuals were even featured during his show (watch).

And, to think… this is just one of 15 pieces of art going on display at the secret #CX300 show this week. You can try to get on the guest list here, but the Chemical X website will make you feel really uncool in the process.