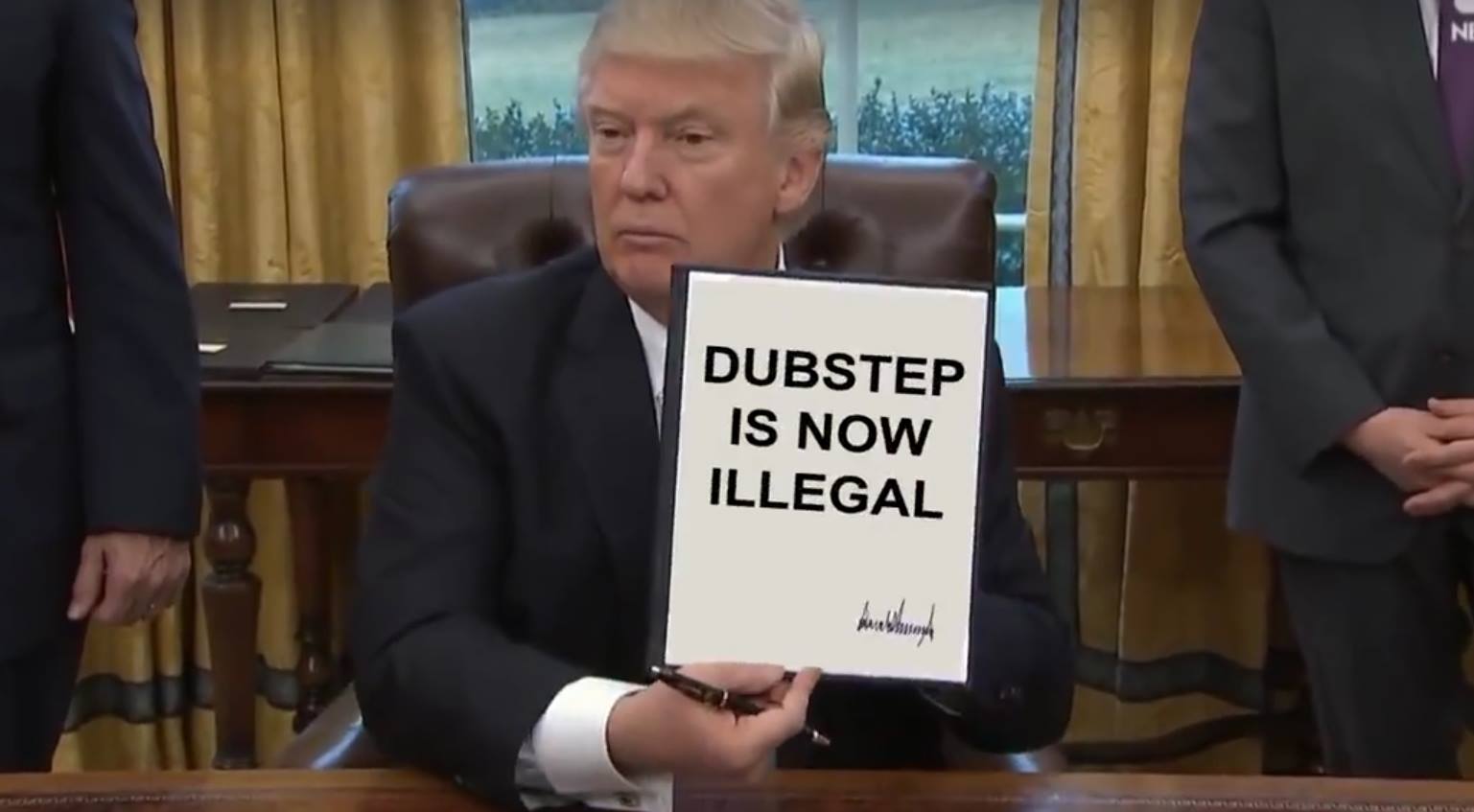 President Donald Trump already doesn’t get much respect in the EDM world. There’s hardly a festival you can go to where at least one DJ isn’t starting a “Fuck Donald Trump” rant. But in the face of things we don’t like, the internet has always done one thing particularly well… make fun of them.

For better or worse, the president loves expressing himself on Twitter — so had he not been handed his life of fame and fortune, he could have easily become an EDM-hating internet troll. This account and the following tweets sum up what it’d be like if Trump woke up in the morning, drank a glass of Haterade, and went off about the EDM industry.

He doesn’t hate on every facet of EDM, however… He’s a fan of Fyre Festival. The @trumpEDM bio hilariously boasts “45th in office, #1 on the decks.” Below are the best (and worst) of EDM Trump and his effort to “Make EDM Great Again!”

Together we will MAKE EDM GREAT AGAIN!! #MEDMGA

Cake throwing @steveaoki has venue pay for cake AND clean up. UNFAIR!

Old man @tiesto needs more new hits, or he's going to say BYE BYE to private jets and be back in coach with grouchy @pauloakenfold. SHAME!!

Big joker @DILLONFRANCIS would rather mug for camera than make moombahton. Forgot roots, WILL REGRET!

Trend hoppin' @diplo would rather make reggae than stand for the national anthem. MAJOR LOZER!

Just met with the owners of FYRE FESTIVAL, great men. BIG things in the works for 2020 election celebration. @davidguetta to perform! HUGE!

We as a country must join together in these turbulent times and demand that @TheChainsmokers stop existing. BAD!