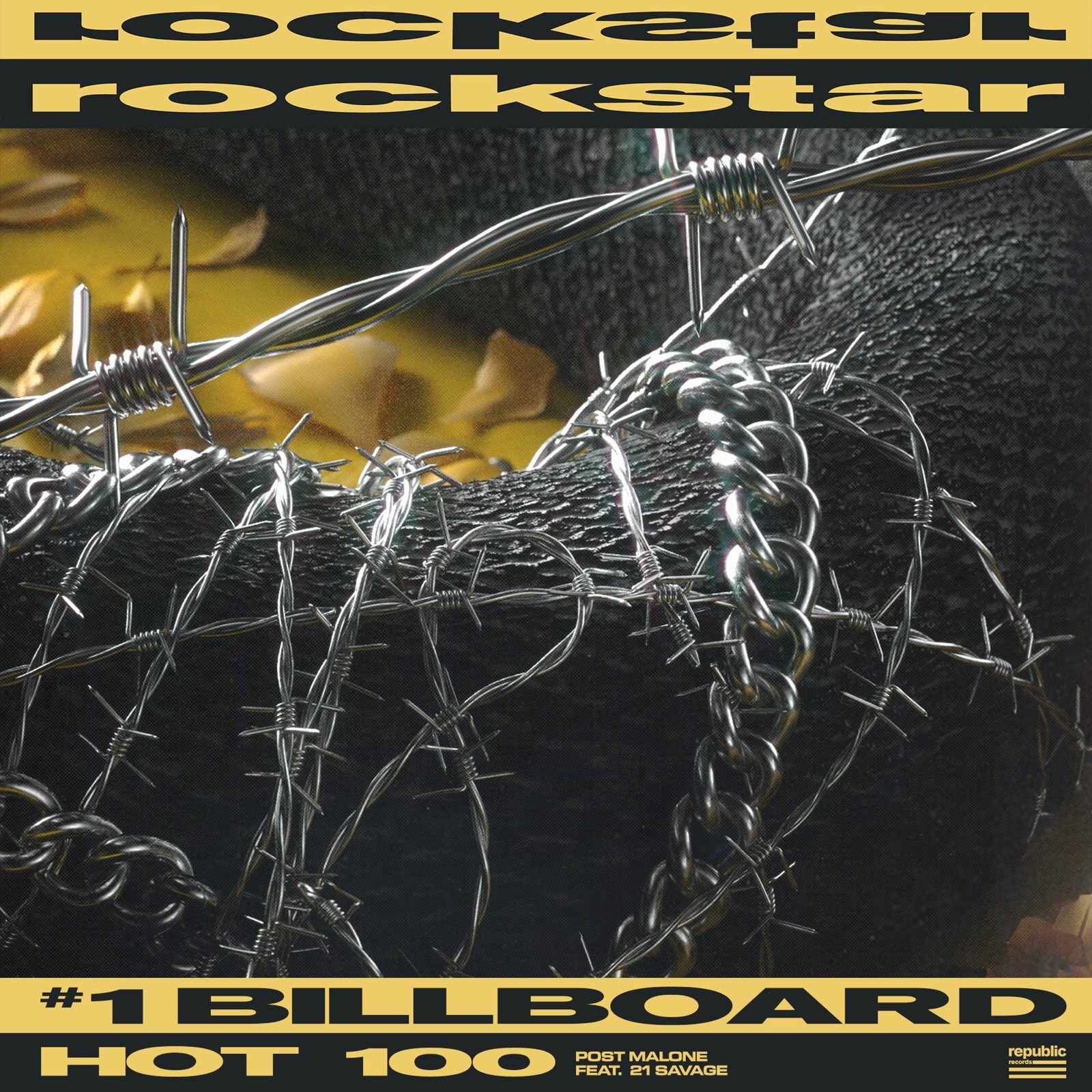 The track marks the fifth rap song #1 at the top of the Billboard Hot 100 in 2017 — which ties for most in a single year. With this cycle, “Rockstar” becomes the first #1 for both Post Malone and 21 Savage on the Hot Rap Songs and Hot R&B/Hip-Hop Songs charts as well.

Streams and sales are also reflecting the massive success of Malone’s biggest hit. “Rockstar” earns its third nonconsecutive week at #1 on the Streaming Songs chart and sits at #3 on the Digital Song Sales chart. Not long ago, the track also racked up the most worldwide single week streams ever on Apple Music.

“Rockstar” is the leading single from Malone’s sophomore album Beerbongs & Bentleys and a strong indicator that this release will be an unstoppable force in music.