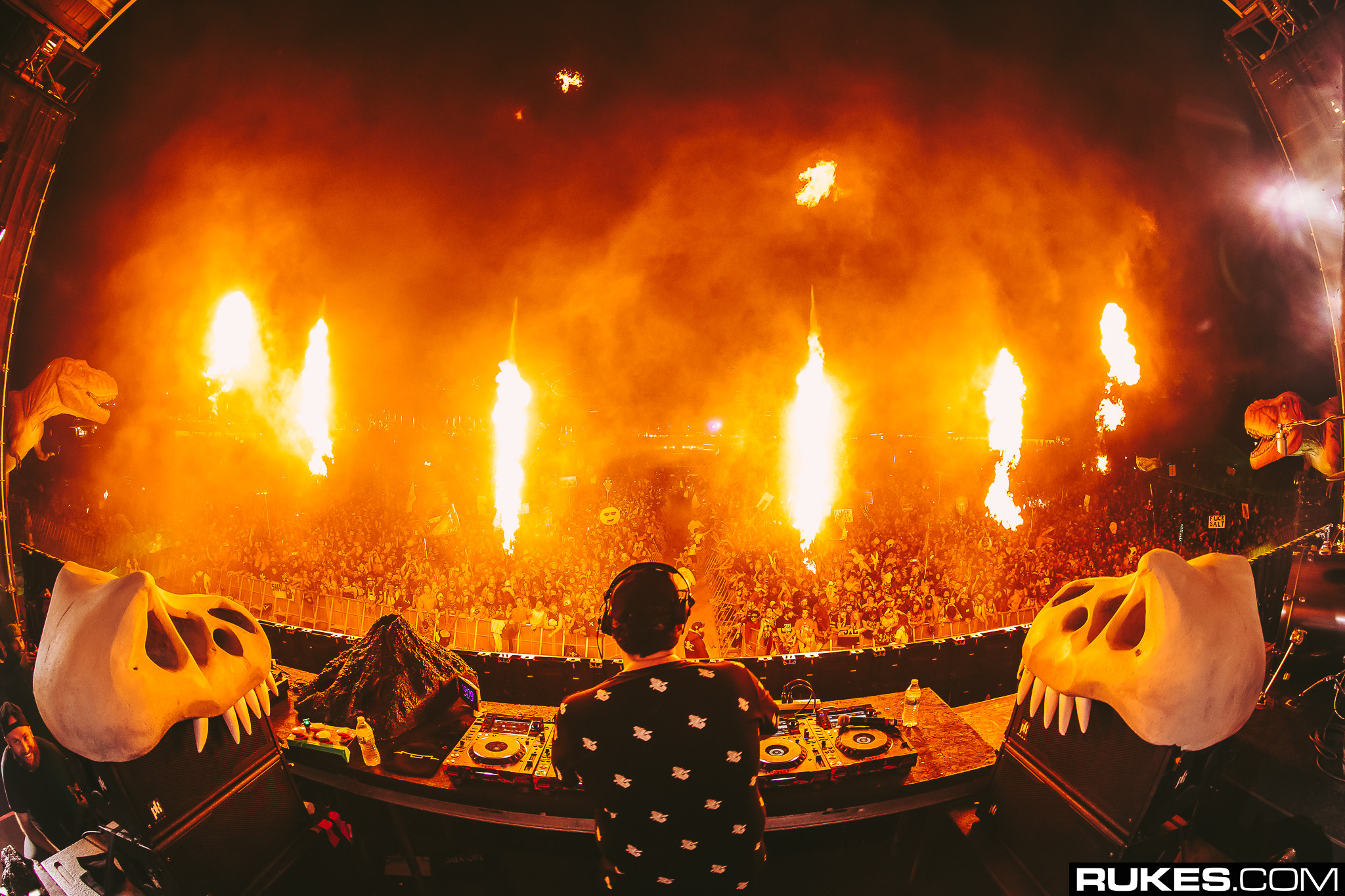 It is notoriously difficult to create a dubstep album that sounds like more than just a collection of songs; a lot of it has to do with the nature of dubstep itself, as it’s not a genre that typically lends itself to storytelling or cohesion. Certain artists like Burial have managed to make it work in the past, but you could definitely make the argument that Burial doesn’t qualify as a purely “dubstep” artist. More recently, Dubloadz‘ album Dubloadz & The 9000 Ghosts actually presents a decent level of cohesion, though there still wasn’t much of a story to it.

Today marks the release of the debut album from Snails, who is notorious for coining his own brand of dubstep, lovingly referred to as vomitstep. Aside from a select few releases with two tracks at a time, Snails has never had a true EP release, let alone a full album. Jumping from releasing singles to dropping a full album is a huge, huge move, especially for a producer with such a unique sound. But after listening through The Shell a couple times, Snails has embraced the album format in a way that not many other dubstep producers have.

One of the first things to note is just how many featured artists are on this album, because holy shit: Foreign Beggars, Big Gigantic & Collie Buddz, Sarah Hudson, Waka Flocka Flame, HYTYD & MAX, NGHTMRE & Akylla, Varien, Liam Cormier & Travis Richter, Panther Matumona, and finally Dion Timmer & KLP. There is no song that is just purely Snails, which is kind of a bummer, but I understand that collaborators and vocalists were necessary in order to create the vibe that Snails wanted on his debut album.

The use of an intro and interlude in the album definitely gives off more of an artistic feel, right from the get-go, and I actually feel that the album flows fairly well all things considered. Moving from the intro to a more hip hop/grime influenced track with Foreign Beggars, into the reggae/funk influence from Big Gigantic & Collie Buddz, it all just feels planned.

And then there’s the mixture of hard and melodic tracks in the album, which give it a lot of depth and diversity. For instance, you have the wildly impactful vocals of MAX on “To The Grave” with HYTYD against a hard rock/metal track like “The Anthem” with Liam Cormier of Cancer Bats and Travis Richter of From First To Last. The blend of different styles and degrees of hardness and softness paint the album with a wide swath, perfect for any listener.

And if there’s any doubt to Snails’ success on the album, it went #1 on iTunes a matter of hours after it was officially released.

This is undoubtedly one of the top bass releases of 2017; listen to The Shell below.