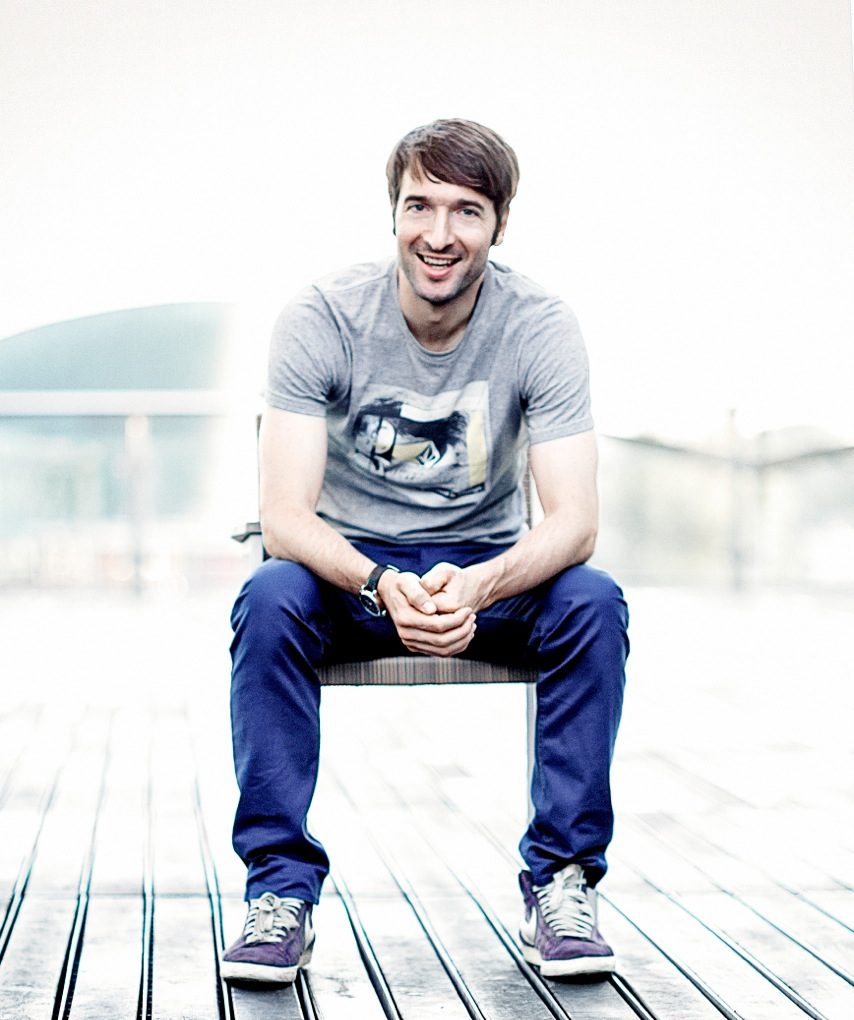 Your EDM Interview with Jules Buckley, Conductor For The Heritage Orchestra

Los Angeles is in for a treat on November 9, when Pete Tong comes to the Hollywood Bowl with the Heritage Orchestra, conducted by Jules Buckley, for a special presentation of his Ibiza Classics series.

For most lovers of electronic music, the opportunity to see our favorite music played by a full orchestra is really a dream come true, and should be appreciated by everyone. Your favorite horn synths? Played by actual horns. Strings? Real violins and violas. Bass notes? Double bass and live percussion. There’s nothing quite like it.

Tong has also just announced the release of a new Ibiza Classics album, out December 1. Ibiza Classics is the follow-up to the 2016 UK Number One album, Pete Tong Classic House, a landmark record that saw the dance pioneer rework classic Ibiza dance tunes with an orchestra. A collaboration with arranger and conductor Jules Buckley, Classic House was the UK’s bestselling debut in 2016, with more than 270,000 copies sold to date. For Ibiza Classics, Tong combines the euphoric experience of touring Classic House alongside Buckley and the Heritage Orchestra with knowledge accrued over four decades immersed in dance music culture.

“Watching Jules and these fantastically classically-trained musicians and this arena full of people partying, I was thinking, ‘We need to do this again’,” says Tong. “The question was: how could we do it again, but differently?”

Pete Tong Ibiza Classics is now available for pre-order, with the track “Sing It Back” immediately available: https://ume.lnk.to/PeteTongIbizaClassics

In celebration of the live show at the Hollywood Bowl next month, we sent Mr Buckley some questions about his time as a conductor and what it’s like conducting an orchestra in music that was never made to be played live.

During your time as a conductor, what has been the most challenging piece you’ve undertaken?

I was once asked to step in last minute to conduct a ballet with a huge 90 piece orchestra in the pit below the stage and a big band on stage up on a mezzanine platform. The two ensembles had to play together in sync but only one of them could hear the other…. so that relied upon me and a decent video camera feed…It was around 2.5 hrs long and quite complex. Amazing music. No nerves lol

How were you first introduced to Pete Tong?

George Ergatoudis was the head of Radio 1 back in December 2014 and we had chatted about the Ibiza prom and he connected me to Pete to discuss it. I remember distinctly the hilarious contrast of my freezing flat with the sunny climate of where Pete was working that day when we Skyped!

You’ve also worked with other producers in the past, such as DJ Yoda and Basement Jaxx. How has your background working with these artists influenced your work with Pete Tong?

I guess over the years from working in the studio, to the live environment with all different artists from the most diverse backgrounds (especially the work that I’ve done with Heritage Orchestra and Metropole Orkest etc) has given me the benefit of hearing what works well, and what doesn’t. So by the time we hit the Ibiza concept I was working closely with Chris Wheeler (my partner in crime with Heritage) and Pete to avoid all the classic pitfalls of an orchestra playing dance music. We had a very clear idea of how to approach it – mainly it was about sticking to what the music is, rather than what it isn’t. You see all sorts of references to “classical music” whenever folks see a large orchestra and some lasers, but this has nothing to do with classical music and everything to do with dance music. We basically tried to take it to the absolute max on an emotional, groove and production level. It was still a punt but it worked out.

What is something people might not realize about transposing electronic music to a live orchestra setting?

It’s a hell of a lot of fun! The key to our current concept is that at the heart of the music lies our band – Heritage Orchestra is unlike many traditional orchestras as it has a rhythm section at its core who are well versed in the language of EDM (amongst many forms). Adam Betts (drums) Matt Calvert (Synths, Gtr) Rob Gentry (Synths) and John Calvert (Bass,Synths) understand what is required to bring the scores to life with the right production elements – in fact the producing side of our work as an ensemble – from the stage setup, choice of microphones to the monitoring and front of house is all very carefully considered. We look at every angle before we hit a performance.

That everything is played live! There are several concepts out there touted as being “played by a live symphony orchestra” when the reality is half of the guests on stage are triggering a set of pre planned backing tracks that the strings play along to…. Pretty poor huh? The reason then given as to why it is like that is that “these are sounds the orchestra can’t play”….Well we can happily trash that idea and play it all live because we have the team to do it right. It feel better, sounds better and the orchestra becomes one group for the audience’ experience which is at the heart of this project with Pete.