The connection between Skrillex and Wiwek sparked a monstrous hit with “Killa” and an incredible, cinematic short movie, but now the latter is asking us to throw it in the trash…

Apparently Skrillex stole Wiwek’s girl, and now the “Killa” collab is dead to him. This revealing social media post was tweeted and deleted — but not before it was screenshotted. 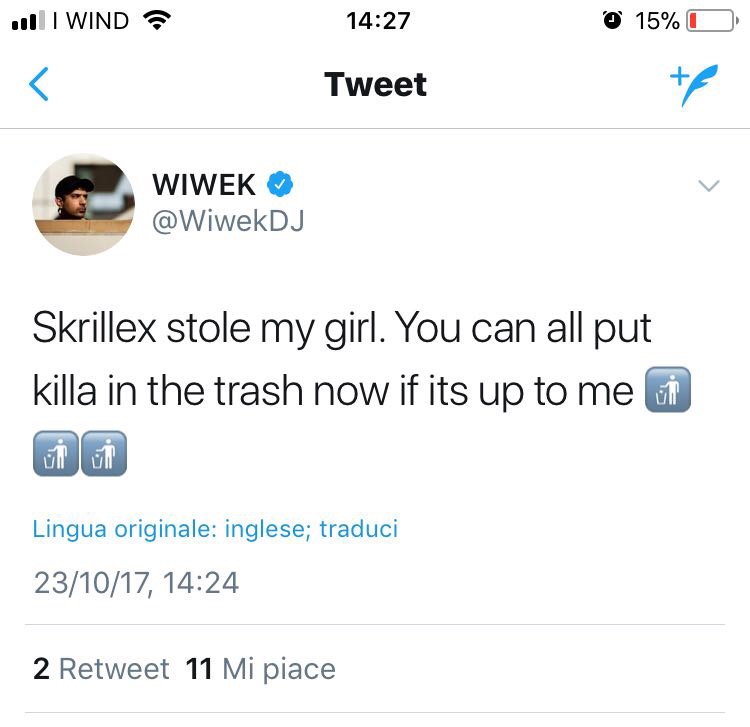 Skrillex and Wiwek have since unfollowed each other on Twitter, further suggesting the falling out between the OWSLA founder and the jungle terror DJ/producer.

Sorry, Wiwek… if the claim is true, that really sucks. We’re also sorry we can’t simply throw this song in the trash because it’s too damn good. See more fan responses below.

She isn’t property for ppl to steal or keep. She’s a person. Just saying.

POLL: What Types Of Tracks Keep You Listening To Monstercat?