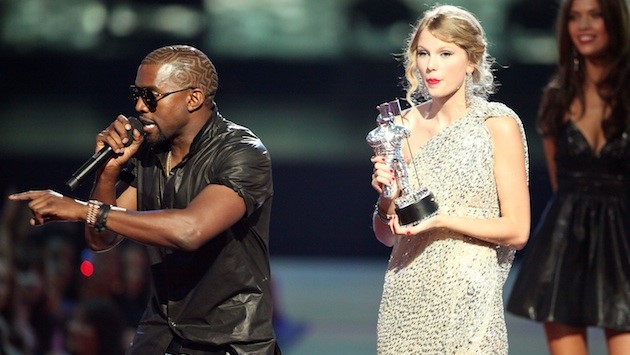 It’s 2017 and somehow Taylor Swift is still taking shots at Kanye West. This feud has gone on for so long that seeing it run through for over a decade isn’t all that far out of the realm of possibility at this point. It all started back at the 2009 VMAs when Kanye West crashed Taylor Swift’s acceptance speech after she had won Best Female Video with his now infamous “Imma let you finish but…” line. That was over 8 years ago, but it really looks like Swift has yet to fully squash this beef.

“Call It What You Want” came out last night and it’s already set the internet ablaze with Swift’s not-so-subtle jabs at Kanye West and wife Kim Kardashian. Just take a look at the annotations from Genius on the lyrics.

“I brought a knife to a gunfight.”

The gunfight is likely a reference to the Snapchat receipts Kim Kardashian posted of Swift and Kanye West discussing the lyric about her in “Famous”. Swift posted a Note after on her Instagram, where she wrote: “Where is the video of Kanye telling me he was going to call me ‘that bitch’ in his song? It doesn’t exist because it never happened. You don’t get to control someone’s emotional response to being called ‘that bitch’ in front of the entire world. Of course I wanted to like the song. I wanted to believe Kanye when he told me that I would love the song. I wanted us to have a friendly relationship. He promised to play the song for me, but he never did. While I wanted to be supportive of Kanye on the phone call, you cannot ‘approve’ a song you haven’t heard. Being falsely painted as a liar when I was never given the full story or played any part of the song is character assassination. I would very much like to be excluded from this narrative, one that I have never asked to be a part of, since 2009.” That was not enough to stop criticism of her because of it.

“They took the crown but it’s alright. All the liars are calling me one”

Swift takes a pointed jab at Kimye here (as she wrote in her note after the Snapchats, “Being falsely painted as a liar when I was never given the full story or played any part of the song is character assassination.”)

“All the drama queens taking swings. All the jokers dressing up as kings”

Feel free to read into it however much you want, or you can just enjoy the song for what it is below.