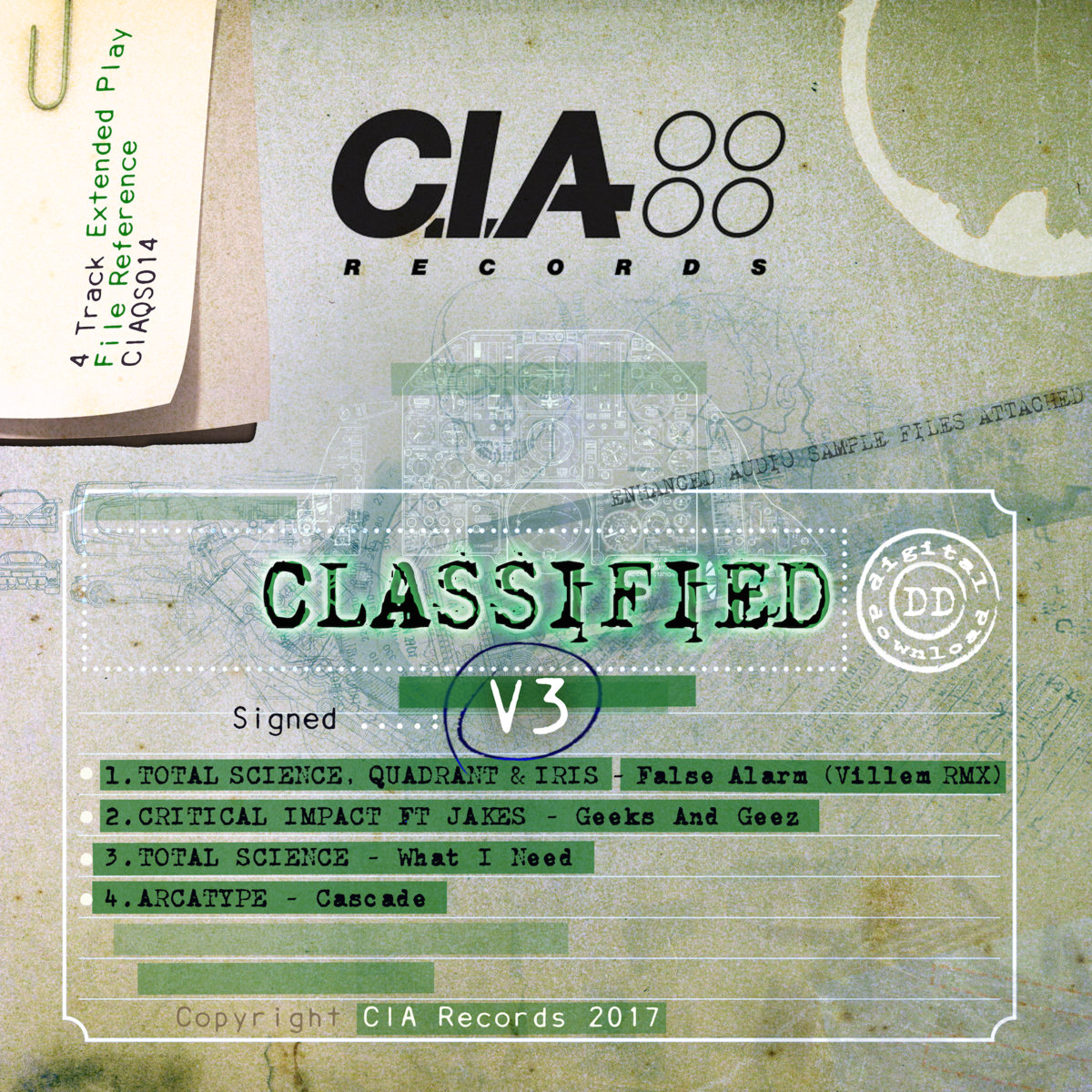 Total Science’s Computer Integrated Audio Recordings (CIA) are following up their massively successful release of new artist Riya’s Hurt Heals EP with the third installment of their Classified compilations. After effectively redefining liquid drum and bass with Riya’s unique sound and composition style, Total Science are back to what they’re known for: releasing diverse tracks and reminding bass music of its roots.

The four-track Classified V3 follows the pattern somewhat of its two predecessors, with a remix of a classic Total Science track, a new Total Science track and two other new tracks. This chapter’s remix is of “False Alarm,” a track that TS made with Quadrant and Iris in 2016 the label’s 20th anniversary compilation, remixed by Villem (Mute). This track has already been released as a preview on Bandcamp, while “Geekz and Geez” by Critical Impact feat. Jakes was premiered on YouTube by Skank & Bass. Archetype closes out the EP with a unique yet classic-sounding liquid/tech hybrid called “Cascade.”

The full EP releases tomorrow, November 17, and everyone’s wondering what the new original Total Science track will sound like. Your EDM has the premiere just before the EP’s drop date, and it’s a classic liquid funk stepper called “What I Need.” A clean, throwback beat that’s both snare-heavy and steppy supports sampled vocals, trippy synths and just the right amount of guitar flourish at the end of each phrase as well as in the break.

It doesn’t get any more Total Science than Classified V3, and “What I Need” caps off a great nod back to the classic bedrock sounds of drum and bass. With releases like this and new hits like Riya’s release last month, it’s clear Total Science and CIA are doing their part to push drum and bass forward while making sure to never forget its roots.

Classified V3 releases in full Friday, November 17 and can be pre-ordered on Beatport digitally. Pre-orders for both vinyl and digital versions are also available on CIA’s Bandcamp page.