Imagine this — you tweet your favorite DJ, asking for tickets to a show — and they actually make it happen. That’s exactly what a lucky DJ Snake fan just experienced!

Gaurav Jain, a fan from India, got more than he bargained for when he tweeted DJ Snake for tickets to his upcoming hometown show in Paris. His hopeful request was met with a grand gesture, when DJ Snake offered to also pay for the guy’s flight.

“Save your money man. I got you,” DJ Snake said in the dms.

It seems Gaurav is still in disbelief. “Nobody does that.. Nobody,” he said via Twitter.

DJ Snake will take over AccorHotels Arena Saturday, February 24, 2018 and this special guest will be in attendance thanks to the headliner himself. Have fun, Gaurav!

P.S. Snap us some vids – youredm

@iamjuliehassid Julie Can you book his flight from India to Paris for the Paris show pls ? Thank you !

Is this real life ?
I just asked him for the show tickets and look what he did 😳🙏🏻
Thank you so much William
I don’t have words 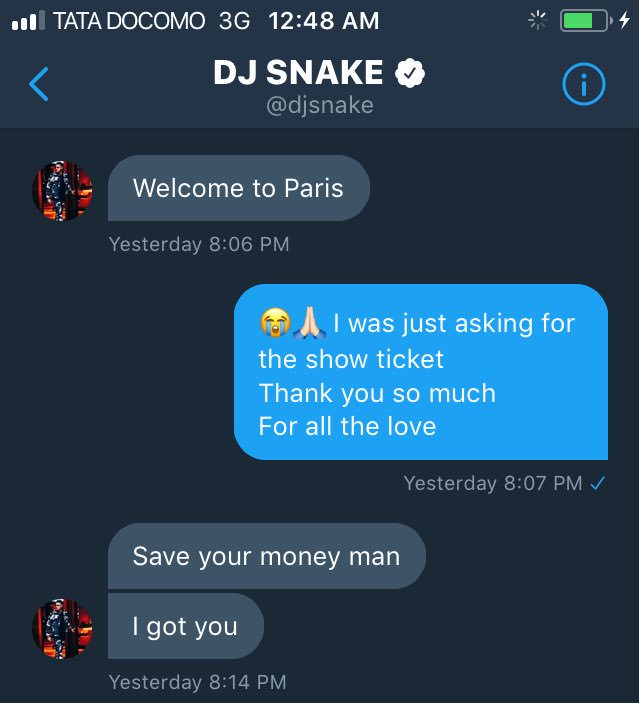 Watch Zedd Slay On The Piano During Live AMAs Performance