Your EDM Interview: Kove Gets Technical About the Wintry Vibes on His New EP, ‘In From the Cold’

Kove, a 26-year-old drum and bass prodigy from Sussex in the UK, sort of exploded onto the scene with an actual pop hit in 2014. “Way We Are” featuring Melissa Steel hit the UK singles charts that year and from there he was off and running. In his short time producing, Kove has released on both RAM and Viper and was nominated for the Best Newcomer award at the DJ Awards.

Since his last EP, Nightfires Vol. 2 in 2016, Kove went a bit quiet for what he feels was quite a long time. His new EP In From the Cold released on Drum&Bass Arena on November 24 and Kove said the title was sort of a nod to his coming back to producing and releasing. The EP also has a definite wintry vibe as well, however, and brings back sounds of drum and bass eras past. When Your EDM sat down to talk to the far-too-wise-for-his-years producer, he talked about his inspiration for the sound on this EP, as well as his techniques and general sound philosophy. For a producer who’s so young and so fresh, Kove definitely has the soul of an old-schooler, not to mention the poise and introspective nature that makes for a really good interview.

This EP has a bit of an old school vibe to it beat-wise. Was that what you were going for?

With this EP I wanted to harken back to the sounds and styles that I first started out making when I got into drum and bass, as well as reference the tunes that got me into the genre in the first place, like mid-00s RAM tunes and earlier Virus Recordings tunes. I’ve always used a lot of breaks and old school sounding drums in my productions so it seemed like the natural thing to do, especially on tunes like “Give ‘Em Hell.”  I wanted a raw, dirty sound rather than super clean 200hz snares, as it needed to be rough and ready.

“Ain’t No Love” is quite melodic and even a bit liquidy while the rest of the tracks on the EP are darker and a bit more steppy. How did you decide to put these four together?

I’ve always had a strong sense of melody running through my tunes, so even in the heaviness of tunes like “Valkyrie” there’s still a riff in there rather than a load of synth noises. I think because of that these tunes work nicely together. It’s important to have variation on a release too, which “Ain’t No Love” gives as it’s slightly lighter, but still has the rawness of the rest of the EP.

Is the vocal on “Ain’t No Love” from an old track as well?

It isn’t but I’m glad that it gave that impression! It was actually a total accident. I was recording some voiceover work for a friend of mine. At the end of our session he started randomly ad-libbing, so I quickly got him to jump on the mic and record the vocal phrase he just sang. We did one take with a load of background noise and that became the vocal line for the tune. That story is quite a nice representation of the EP: quick ideas molded into full tracks.

All the tracks on this EP seem very well-suited for Drum&Bass Arena. Did you have the label’s style in mind when you put it together?

I’d put out a tune 18 months ago called “Dust” with D&BA but apart from that we’d never worked together before. However when Risky suggested putting out the EP I jumped at the opportunity. D&BA have been an integral part of the scene for so long, so it was a pleasure to  put out music with an institution like that. 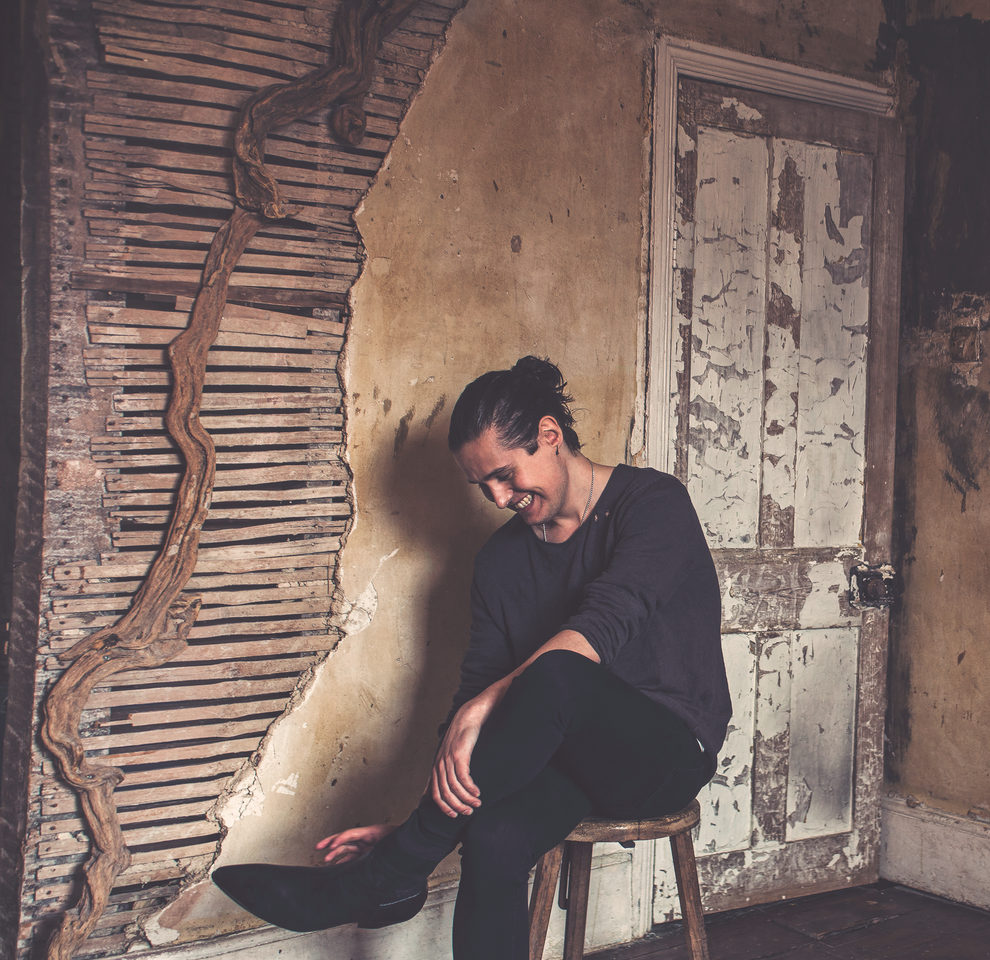 How did you do the synths on “Dig It”? They’re really different.

A LOT of layering. The main chunk of the sound is brass samples playing in unison, then spread across the stereo field. I think there’s about nine or ten different samples from different libraries in there, plus a mid bass and a sub bass. The problem was taming the reverb after I’d distorted & compressed them. That took a lot of time to get right!

Did you use any older equipment in any of these tracks? Some of the pieces really sound like they were from MIDI controllers, or is software just that good nowadays?

It’s all in the box. I do have some outboard gear, but I just find myself using plugins to save time – I’m just not one for fiddling about with synths for hours on end. I do use a lot of noise like tape hiss and vinyl crackle though, it really helps to give a bit of dirt and take the tunes outside of the digital world which is important as it’s far too easy to have a tune that’s too clean.

“Give ‘Em Hell” sounds like it has more of a neurofunk sub bass, but the beat is still quite steppy. How did you marry those together, as well as with the vocal/soul break?

I’ve never really dabbled too far into those kind of  basslines, but I really wanted to put something a bit harder and angrier on this EP to make a statement. I was listening to Ram Trilogy and Moving Fusion records at the time, so I wanted to reference that era of drum and bass, which had really cool, simple riffs and gritty breaks. I’m only ever going to produce the way I produce, so it didn’t feel too strange combining all those elements together. For me, contrast is so important in music, so having that little soulful breakdown gives a bit of relief before the bass and breaks come thundering back in!

You say that the In From the Cold EP represents a sort of comeback for you, but the album art is quite evocative of icy climes, and then “Valkyrie” has the swishing winds and a sort of Nordic mythology feel. Was there any of that to this EP and that single for you?

(Laughs) I’m glad you picked up on that. It’s a double meaning I suppose. “In From the Cold” as a saying means to come back from exile, but it also seemed fitting to have an icy feel to the art as we released it in winter. “Valkyrie” in particular has a very cold sound to it. It’s a slightly odd scale that the tune is based on which gives it that menacing feel. Plus I’ve been listening to a lot of Scandinavian traditional music and binge watching Vikings (TV show on History Channel) recently so that may very well have rubbed off!

Now that you’re back, so to speak, what’s coming up next for you in terms of releases, tours, shows or collabs?

I’m just knuckling down and writing as much music as possible at the moment. I’m really enjoying making music at the moment so I’m looking forward to getting a load of music released next year and playing plenty of shows.

In From the Cold is out now on Drum&Bass Arena and can be purchased on multiple platforms by clicking here.