There’s a new rave coming that will literally out-of-this-world… A series of experimental events titled World Club Dome Zero Gravity seeks to send clubbers up into a zero gravity zone with some of the planet’s most famed DJs!

For the first time in history, a club will take place in zero gravity, headlined by some of the biggest DJs in the world. Dubbed “the smallest club in the world… but the biggest club project in the universe,” Zero Gravity is set to launch on February 7, 2018 in cooperation with FRAPORT – Frankfurt Airport.

Armin van Buuren, Steve Aoki, and W&W will headline the 90 minute flight, providing the soundtrack to the space bound music experience via an A310 aircraft. At Zero Gravity, partygoers and DJs will share a truly unique and weightless experience.

The Frankfurt launch is in search of two daring EDM pioneers from all areas of the world to go where no raver has gone before. Just two people, a male and a female, from each designated continent will be chosen by video submission to go on the expedition of a lifetime.

Zero Gravity needs the world’s best party people to come along for the ride… Are you in? Enter here and join the conversation with #wcdZeroGravity. 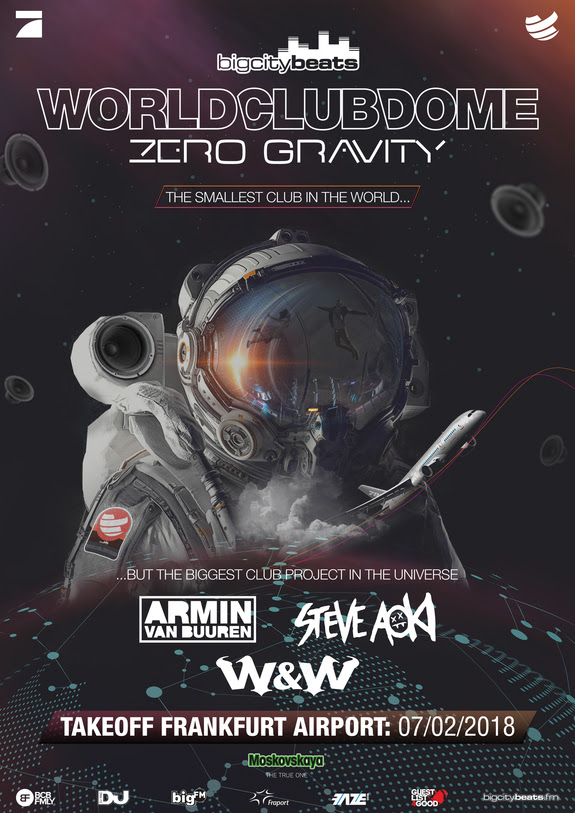 Marshmello Forced To Cancel Performance Due To High Fever [Details]

Marshmello Forced To Cancel Performance Due To High Fever [Details]